A few times a season, we like to reach out to a current or former Open Space contributor and find out what they’ve been up to. Evan Kennedy is a poet and last contributed work here in 2011. 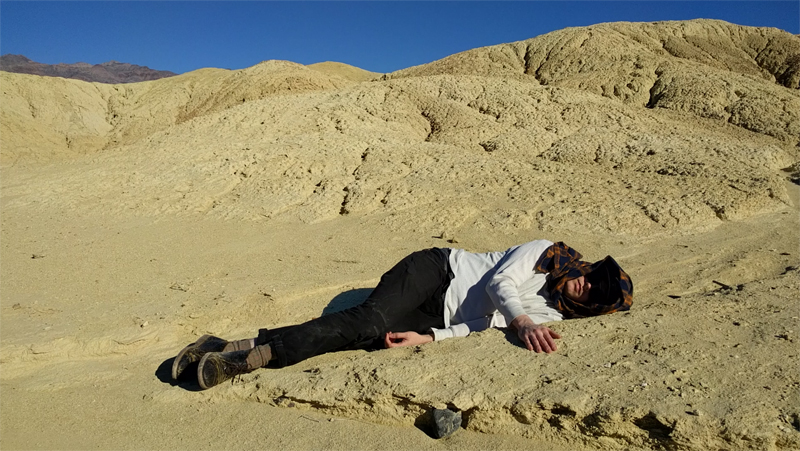 So, Evan, what have you been up to?

I need to reestablish contact with those who heightened my most alert fondness.

Your contribution to the Pop-Up Poets series in 2011 took an ekphrastic (and sometimes stylistically appropriative) approach to the works of Marie Laurencin, Guillaume Apollinaire, and Gertrude Stein, as well as their relationship to World War I. One line among many stands out: “red as the tongue of mine tonguing your innocent names.” Are there any other moments of art-historical confluence that have catalyzed your thinking and practice around poetics and/or identity?

I’m fascinated by medieval Italian paintings that were vandalized. One finds persecutors or demons experiencing the heaviest vengeance. Cops arresting Christ have their eyes poked into their heads. Persecutors have their faces scratched out. In the middle of tempting Christ, the devil has been scratched through: a scratched Old Scratch. It’s always the paintings at the bottom of the panel that are impacted; people were shorter back then. 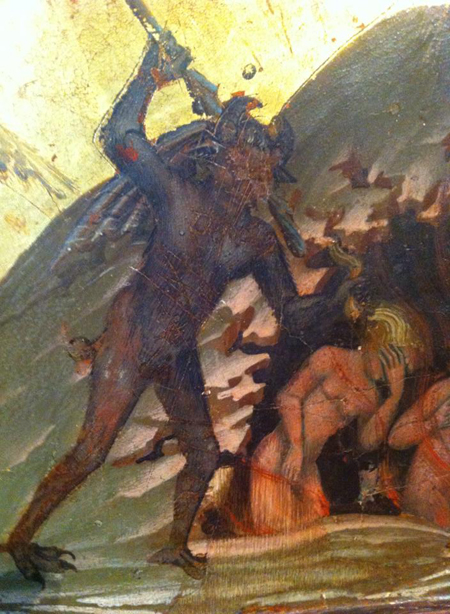 From the Pinacoteca Nazionale in Siena, Italy, March 2015. Photos by Evan Kennedy. 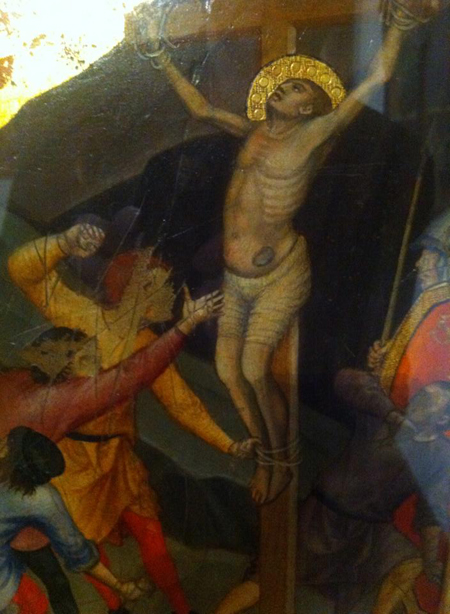 Robert Musil: “Originally, an image always represented its object completely. It bestowed power over it. Whoever cut out the eyes or the heart of an image killed the person portrayed. Whoever secretly got hold of the image of an inaccessible beauty was able to conquer her.”

My editor’s hand isn’t quite as heavy, but he has become a similar collaborator. 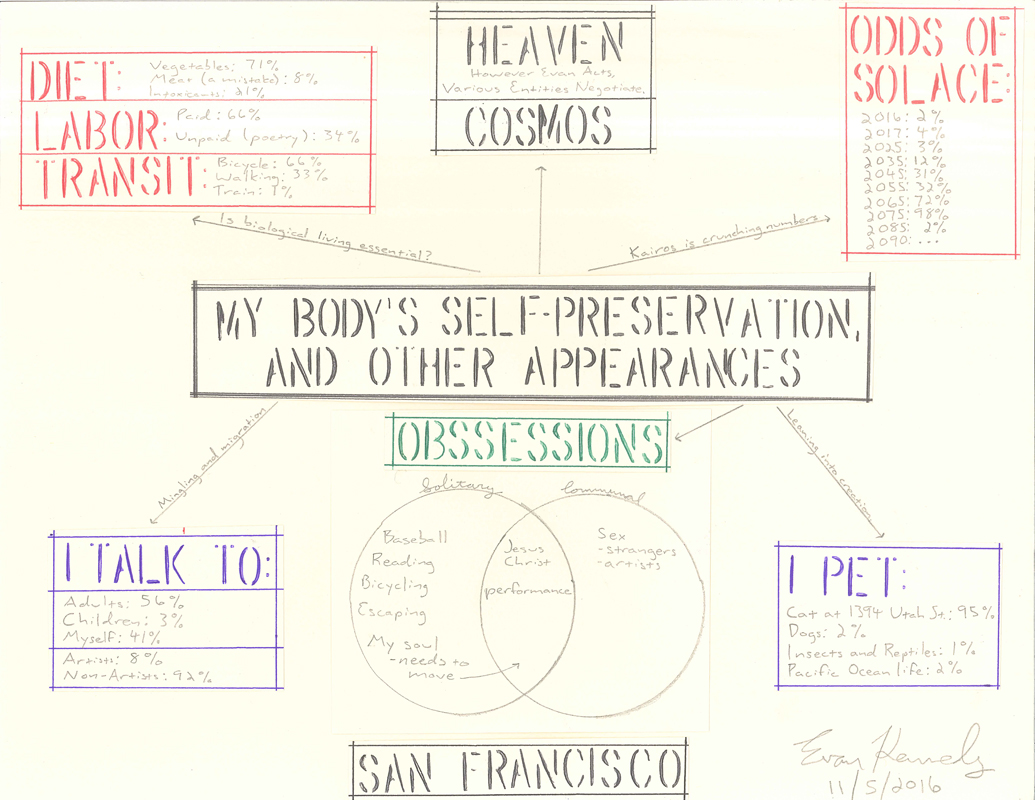