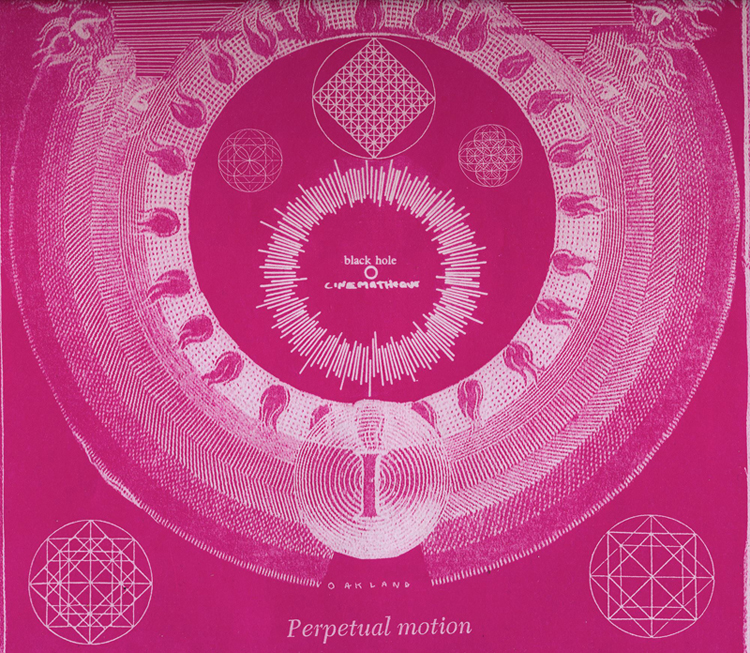 When was black hole cinematheque founded, and why?

[Note: All answers by Tooth, the founder of black hole cinematheque. —Eds.]

As an archive and collection of filmmaking resources, we began in 2009; free weekly film screenings began in 2011. The black hole concept sprang partially from an action against the popular myth that all this knowledge and material for working in celluloid was somehow disappearing into a conceptual void. I thought, if this void exists, we must situate ourselves within it, we must become it, so to speak. Larger institutions are increasingly decommissioning and divesting from a medium which they deem obsolete not because of its inferior quality but because of its decline in market value. This creates an opening for artists to seize back the means of production and a responsibility to preserve and collectively sustain it outside of industry-driven pursuits.  The space also grew from my long-held belief that being able to engage with art and culture should be a basic necessity of life — along with food and shelter, etc. — and like any basic need it should be provided freely. I saw black hole as a point of access into that kind of exchange that I could open up for people.

Renny Pritikin’s “Prescription for a Healthy Arts Scene” lists 23 requirements for a robust cultural scene in any city. How do you think the Bay Area is doing, and how does your organization fit in? (And please, feel free to disagree with Pritikin, or any of his points.)

This list seems to be afflicted with a myopic subjectivity in regards to the definitions of both Health and Art. If an art scene is something defined by a legitimacy that is only dictated in a hierarchical top-down fashion by market-driven institutions and wealthy individuals under the guise of support — that is one of the farthest things from healthy that I can think of.

Anyone who shows up and needs this.

Please tell us how black hole cinematheque is structured. How many people work as part of the organization? Staff or volunteers or both — or some other configuration?

It’s essentially a one-person operation. There is an open door for anyone who want to be involved but no set volunteer system. I don’t charge at the door and no one pays me to do this, so it is a lot of labor without monetary compensation. That’s not something I am expecting from anyone else, but I am fine committing to do it myself. For me the payment comes in ways that can’t be enumerated. The exact structure of how I do the work is a little harder to pin down. I don’t have hours; the work diffuses itself into most of the things I do in life. However, the work I do is only one side of the whole process; the more important part is achieved by the filmmakers and audience/participants. To me, everybody who comes here works here. 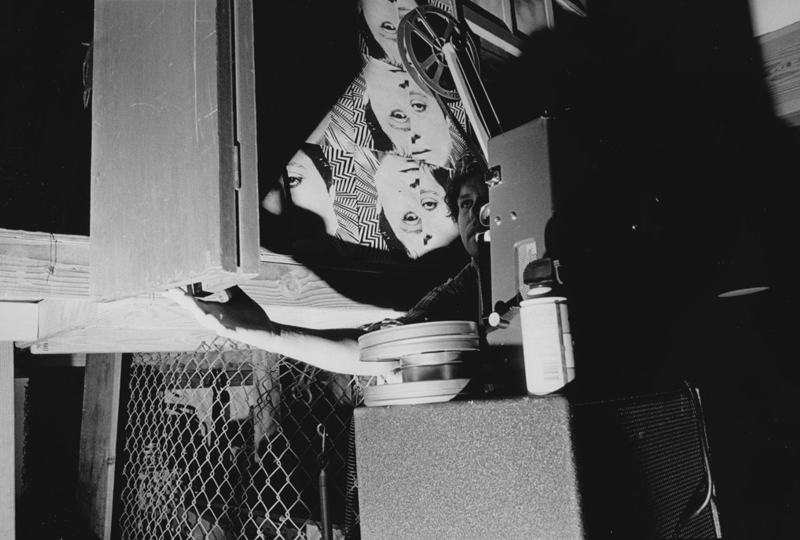 Most (all?) black hole cinematheque screenings utilize the medium of film as opposed to digital video. Could you elaborate on the reasons for this?

My main concern is screening work in its original format. Whether that be digital video, analog video, celluloid, or anything else — we’ve shown them all here and will continue to. It’s also an action against a deficiency I observe in the way film is presented by many institutions as opposed to other forms of art. A museum would never think of displaying a high-definition photo printout of a painting in an exhibit, but might not think twice about putting a video transfer of a film in that same exhibit. This speaks to the fact that most of the American art world/market still does not respect film as art in the first place. To me the image itself is not the medium. Celluloid and video both have great qualities unique to each; when you make them equivalent you flatten that.

How do you approach screenings? Do you think of them in terms of site-specificity? Performativity? Door number three?

I think every screening is a site-specific performance even if it doesn’t explicitly announce itself as such. In any screening there are a series of elements — film, video, projector, screen, sound, an audience, etc. — and they are activated within a physical and temporal space. This is as true for a situation that foregrounds the apparatus, such as expanded cinema, as one that hides it, such as the “normal” single-channel screening one most often gets in the cinema. What is interesting to me is becoming conscious that the cinema is a live event, an unrepeatable moment in time that we are living within, rather than just the consuming of some prerecorded, fixed object. You never see the same film twice. The cinema gives us a frame in which to focus more deeply on a moment in time, in a way we might not give ourselves permission to in daily life. I believe if we make ourselves more conscious of what is happening in that moment of encounter, we may be able to keep this focus when we leave the cinema. Then something very interesting may happen. It is with this in mind that I approach every screening, in my own space and elsewhere.

Could you tell us more about the distribution system(s) in which black hole cinematheque functions? Have you found that there’s a national or international network of similarly DIY-minded screenings that sustains other like-minded organizations?

I see black hole as only a satellite in a much larger community of microcinemas, small film labs, and “alternative” artist/community-run spaces around the world. I use alternative only in quotations here because for us it is the primary world in which we make work, rather than a choice we have settled for against a monolithic industry we are waiting for to legitimate us.

Living under capitalism and the terrors it enforces.

Trying to carve a life out of that poisoned atmosphere.