by Bruce Hainley with TSC 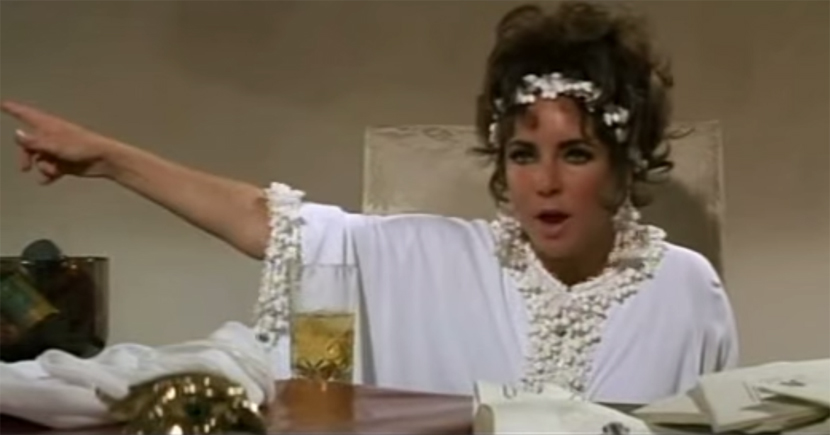 What’s not to love about a poet alert to “Elizabeth Taylor’s chronic / lower back pain” as well as to “pornographic superstars”?

Even if Donald Britton’s attentions often tugged on his sleeve until he articulated more elusive specifics, “a slab of morning ” or “interior glaze” (he once explained part of his poetic drive to find “where one’s words cease to comment on any experience, but become an experience in and of themselves”), his conceptual persona — sadly, I never knew the man — smiles on those, unrequited or perplexed, who pursue, in the midst of “surviving / a lot of living and shifting,” the nuances of language and feeling to negotiate some kind of succor for the abrasions of consciousness. Such negotiations, call them one aspect of bodily pleasure, don’t preclude or oppose actions, ethical and otherwise, however much language will do as it does. He wrote that “the mind’s horniness might produce / A fresh coordination of the accents.” Liz’s back cradles a treatise on Spinozan privation.

I awaken —
a clam between
cool sheets.

And showering
in the dark
I imagine
my body.

What does imagining look like as it’s going on? Centered by a nudity “like Cézanne’s,” the first stanza sketches something like Botticelli spruced up by Joe Brainard but also a body clammy from a rough night; while the last could be an erotic scene painted by Martin Wong, it’s just as well a pocket meditation on figuring our own absence. Despite the variegated representational work at hand, the poet aims at “real life,” flashing an actual body, linguistically Britton’s, before it might go out to become, fleetingly, someone else’s. Imagining what that body smells like before or after fresh bathing, feels like toweled dry, or recalled once gone, we’re only as “in the dark” as anyone might be in trying to think about not only what we mean by a body — our own, Britton’s, Liz’s — but also what a body does and how that relates to what it is but will not be forever.

Early in the AIDS crisis, when too few in Hollywood or in power wanted to face what was going on, Liz looked in the mirror and said to herself (and, yes, I’m quoting*): “Bitch, do something!” And she did. It wouldn’t surprise me at all if she knew her Emerson and would recognize the solar flare of his “do the thing” in your reckoning with how to rally against the ongoing “dual spell of spectacle and diminishment,” so many prospects “hollowed out”: “The blunt truth was that you articulate the narrative of your time or someone of another party will articulate it for you, and you don’t have all day.”

After tendering Donald Britton’s handsome forehead, his (as he informed you) “Pantone 298U” peepers — what, you point out, would now be clocked as “Twitter blue” eyes — his “dirt blond” hair, you soon lead his blondness to Blondie’s, by way of his, well, spectacular poem, “Heart of Glass.” Rewatching the video for Blondie’s “chart-topping single,” I’m pretty sure you shouldn’t worry that it now might strike someone as “quaint”:  Debbie’s smoky, glinting, asymmetrical one-strap frock and sheer black tights — Stephen Sprouse, of course — remain chicer, more fashion-forward, than anything at the last Met Gala. You note Britton’s “preferred moment in the lyrics… was ‘mucho mistrust,’” but, just now, it’s riding high on love’s true bluish light that hits me hard, in the glow of the one blonde’s singing, the other blond with the specific blues’ songs, and your caring reflection. 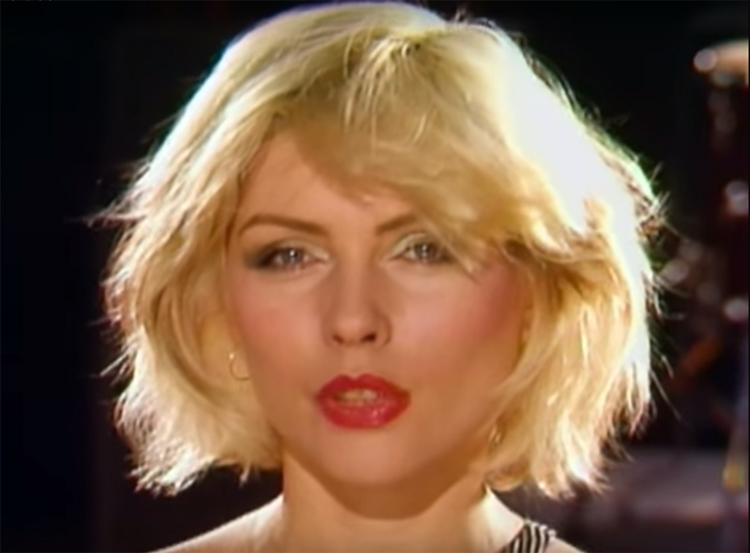 Difficult to know how the lines “My unkempt mind is yours, and the purity / Of my body, and the lesions joining them” or the titles “Spontaneous Bruises” or “Living and Bleeding” first resonated; you state that you initially “heard the reports of a mysterious illness among gay men in May 1981, only two months after Italy had appeared.” With its startling Trevor Winkfield black-and-white cover, it was the only book Britton published in his lifetime, yet another important part of Dennis Cooper’s incomparable Little Caesar productions.

“What are the links / That tie a mind to catastrophe?” the poet asked, just as catastrophe landed. Lately, that particular catastrophe and its aftermath compel a lot of what I think about, snared in some weird loop. I’ve been reading and rereading Christopher Coe, Hervé Guibert, Guillaume Dustan, and Gary Fisher, among others, and while I admire their autobiographical moorings, I yearn for an undertow, something “empty of discursive content, perhaps, but full of all manner of things language wants to say, but people usually don’t.”

On the radio this morning, reports of the massacre at Pulse nightclub in Orlando. How inured this country’s become to these seemingly bimonthly atrocities. Obama ended his statement about the gruesome rampage with searing bluntness: “We have to decide if that’s the kind of country we want to be. To actively do nothing is a decision as well.”

Friday night I sprayed Room 237 down the length of my inner arms and then a bit on the back of my neck. I soon sat at the corner table of my favorite local bistro and finished reading Donald Britton’s collected poems for a second time. Room 237 is a favorite scent by my friend Bruno Fazzolari; it has heady notes of fleabane and something Bruno refers to as “vinyl shower curtain.” It never fails to startle me when I spray it, addicted to its green mothy light. Bruno’s scent Jimmy is named for James Schuyler, his scent Seyrig for the stern star of Jeanne Dielman, 23, Quai du Commerce, 1080 Bruxelles. He recently launched, with the Italian profumiere Antonio Gardoni, Cadavre Exquis, the winnings of a trans-Atlantic, experimental perfume collaboration game, played for over a year, during which the two artists “swapped messages, samples, formulas and images.” The only rule to the game: the upshot would be a “gourmand,” the term, one Liz must have known and relished, for a “popular, sweet-fragrance trend that has been called ‘insulting to the perfumer’s craft.’” 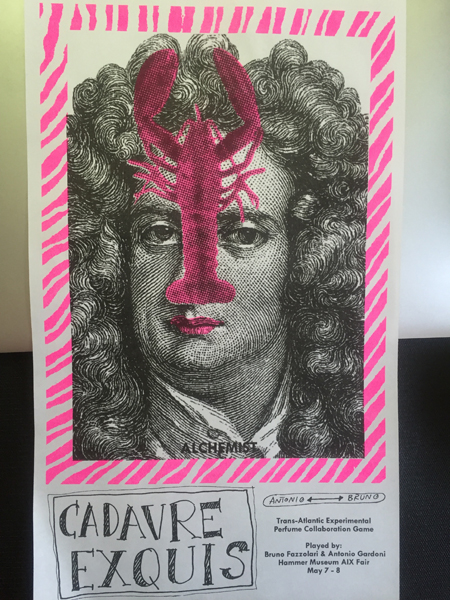 I just put some on — unnumbing headrush. The gambit starts with chocolate-brandyish flourishes, an Alexander, perhaps before the cream is added, but sweetness quickly diverted, by camphor and civet, some spice forest burnish. The perfumers state, unabashedly, that the “resulting ‘creature’ is made of strangely mis-matched parts, a smelly Frankenstein, a ‘monster’ that fights against the obvious.”

Aspects of “In the Empire of the Air,” the title poem, recall, I hope you don’t mind me saying so (and saying so, taking nothing away from what I would point to as its Brittonian intimacy), “The Revisionist.”  A Crasean, fragrant landscape situates it, “Above the land fill —

Stars, glowing zircon strands of dump truck highbeams
Lined up, liquid and radiant, past the last
Open-all-night erotica boutique
Just over the state line of the last state.
Maybe they’re sparks we ignite
Rubbing each other the wrong way, fiery notes
Unwary rhapsodists pluck from the strings
Of incendiary violins.

Rubbing each other the wrong way… The frottage produces sparks of life, immediate, pleasing, but here’s another rub: time’s parole, as you well know, as Britton did, will “non-personalize” or “psychologically denature” more than mere discourse, without even asking. In a class on Warhol’s films I finished teaching barely a year ago, most of the students when first shown one of his iconic Lizes had no idea who it was. “What do they see,” I asked my friend Siobhan, “a drag queen?” “Perhaps just a pretty lady,” she responded.

In the Empire of the Air: The Poems of Donald Britton, edited by Reginald Shephard and Philip Clark (New York: NightboatBooks, 2016).