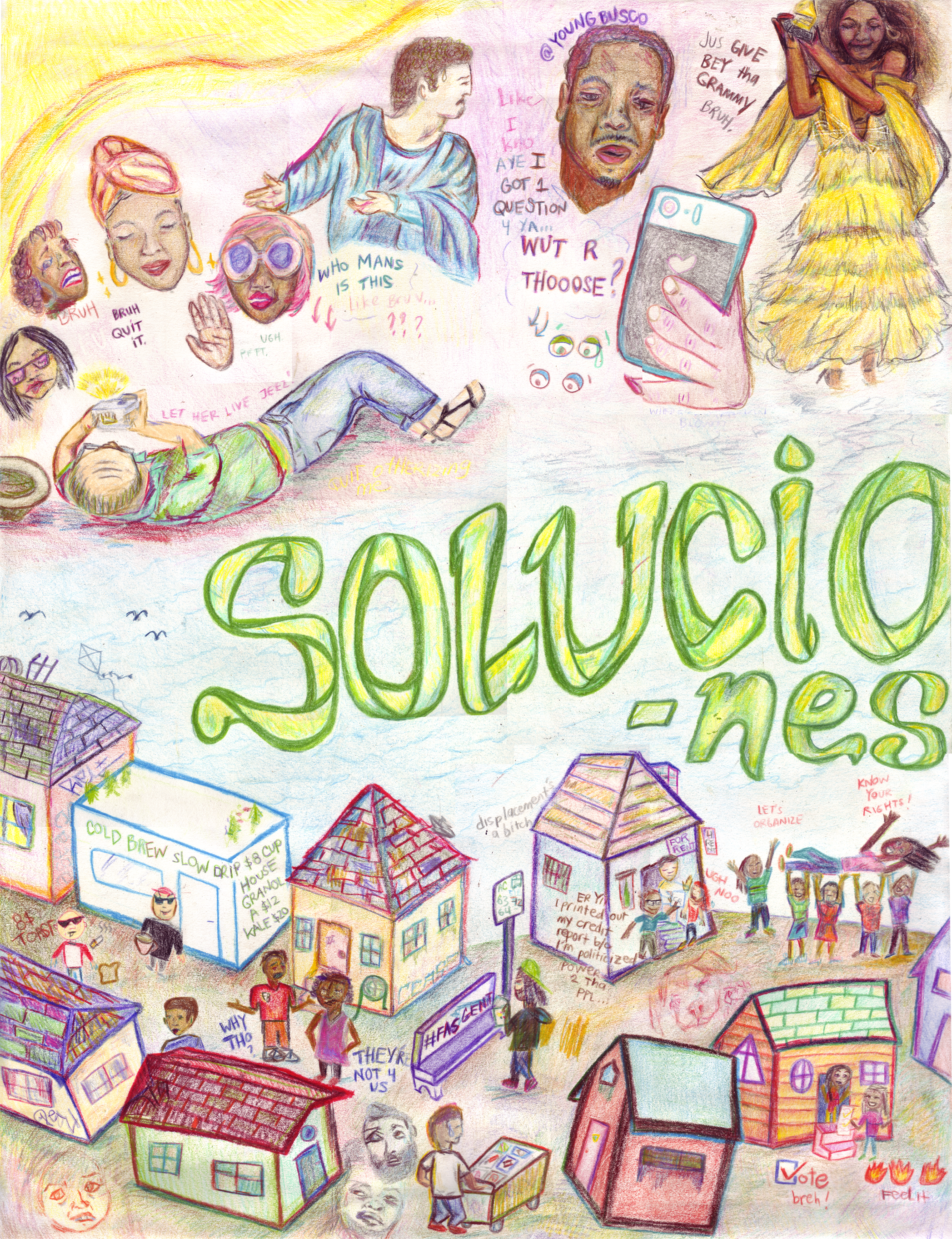 (1) a coloured pencil illustration / stream of consciousness cartoon attempt to explain problems related to gentrification + institutionalized racism, along with potential solutions for the capital-driven phenomenon.

All coloured pencil !   (No sketches or graphite ! that was hard!  Only used Memes +social commentary as reference pics. Everything else illustrated is made up ^__^)
18in x 24in ish~  By me (BESAME <– im better at other stuff!  lol).

((this is a two-part post btw, skip ahead for Xio’s film photog))

Well 1st off, the illustration is ugly because I have never used this medium before.
(it’s also a bootsy ass scan job ahah my bad)
2nd, the picture is ugly because GENTRIFICATION IS AN UGLY SUBJECT, TBH.  :'(

But anyway.  To tackle this big ole controversial issue, I interviewed local artists, musicians, writers, promoters, & community organizers for their opinions on gentrification, and what solutions they had to offer around the issue.
(I mean, why not ask each other what we should do for our community? duuh).

This is what I got:

PROBLEM:
— Gentrification is an issue for the people being displaced, not necessarily a problem for those doing the displacement.
— Those negatively affected include people with less money, and most often people of colour.
— On the ground, they face institutionalized racism as a result of being displaced. This manifests as getting turned-down rental applications, landlord harassment or eviction, and immigrant deportation.

SOLUTIONS:
— We have to talk to each other to start. Dialogue is the first step. Conversations about gentrification, its direct impacts, and solutions to mitigate displacement and tension, need to occur between all parties getting displaced and/or doing the displacement. These conversations need to occur on the small scale and large scale– IRL too, not just online, between individuals, large community meetings, and larger platforms if possible.
(: Hunter Marshall, OMF)
— We have to remember to share concrete stories. Real case studies are what inform new policies to be created, such as tenant protection laws, etc. Concrete pieces build community because once stories are shared, people can then learn from one another, restructure/plan from those lessons, and build.
(cc: Ruth G) 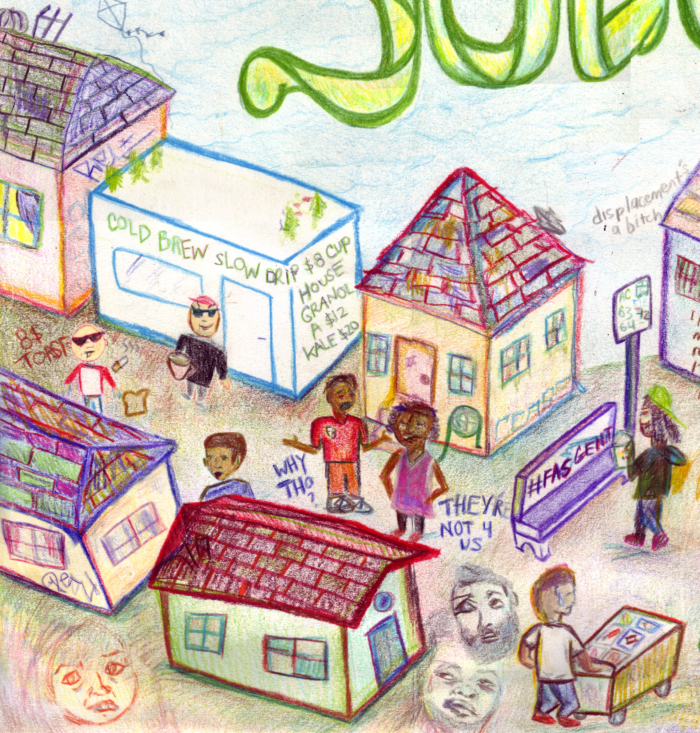 “Side Eye Sidewalk”
Case Story: New randy, but ‘trendy’ minimal hipster coffee shop pops up in the Lower Bottoms, West Oakland. Does it fulfill the needs of the immediate surrounding community? Are they welcoming? Changing the market rate of things around ? Hm…

Ultimately, people of color need to be empowered in order to fight displacement. Empowerment can be determined through cultural preservation and recognition, along with economic growth within communities of color.

— We need to give respect and show appreciation + understanding for other cultures. PoC are often exploited, discredited, or harassed/policed for cultural norms and histories that have already existed before gentrifiers moved into the new neighborhood.
For example, something disrespectful a gentro could claim is that “Oakland is cool now“, as if Oakland had no history or culture before their new arrival to the neighborhood.
(cc: DNas)

If the erasure of your culture isn’t enough, try getting policed, harassed, and racially profiled by newcomers and institutional powerholders, like corporations, landlords, or other public institutions.  (profiling ie. off sites like nextdoor.com or by classist real estate agents like #fastagent) That’s one of many problems PoC face that need to be addressed in order to thrive and coexist as a community together. 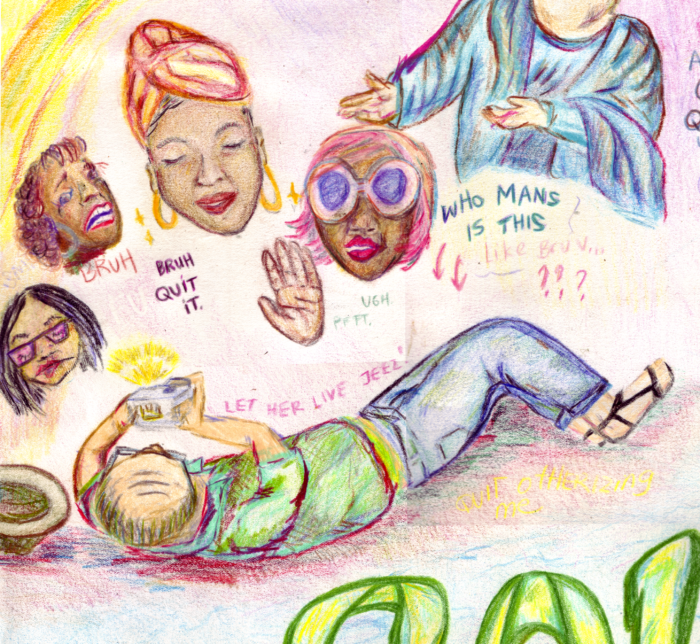 “Terry Richardson, dat  u?”
Case Study: One time I was w.  my girlfriends and this white dude starting taking pictures of us dancing. I guess he ended up gettin so mesmerized by their outfits that he laid himself on the ground and kept shooting without asking. Pretty invasive if you ask me, where we at, da fuckin zoo?? I mean I understand, I was w sum real goddesses, but come on Bruv,  have some decency and treat us like humans, people you would respect. I had to ask him to leave. 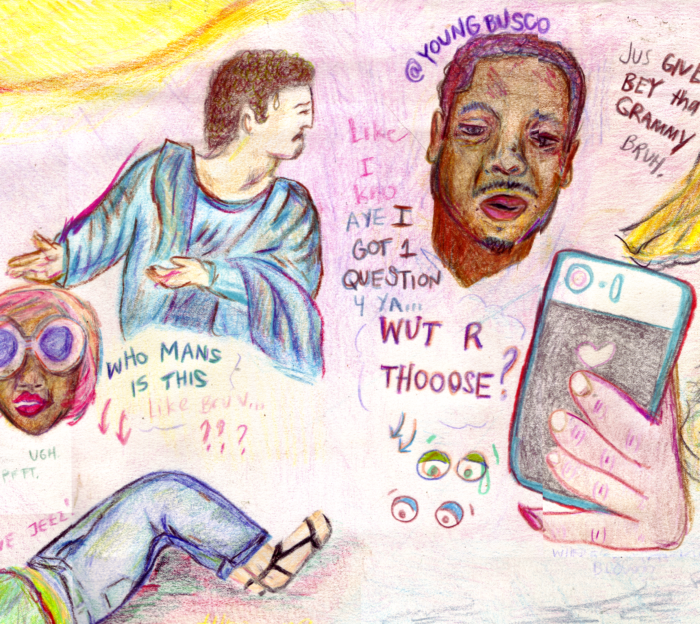 “Memes 4 u”
my sentiments exactly..

Anyway in order to give appreciation we gotta do outright things. Dr. Michelle Hernandez (of Oakland Mayor’s Commission for Persons w Disabilities) told me a while back that all people just want/need a few things: Respect, Acknowledgement, Validation, and Empathy
(“RAVE,” so all people want is to party really lol jk but fr).

So a huge problem with gentrification is that gentros are failing to give respect to the communities that are being displaced, acknowledging their existence in the community already, validating them for their contributions, and empathizing with the violence and struggle they have already been facing. 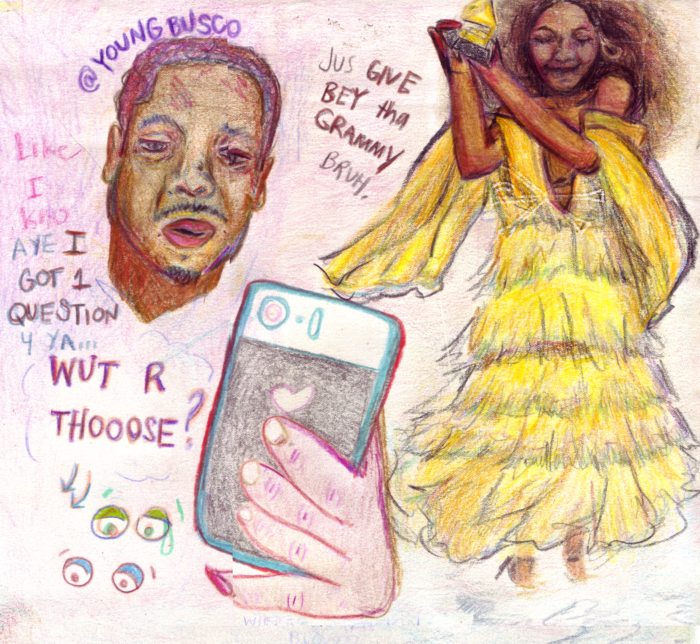 “Cred 2 tha real Tastemakers”
Give youngbusco the credit he deserves for his jokes or, as Kanye would have wanted, give Beyoncé that Grammy.

— We’ve got to shed credit and respect to PoC, which means crediting (either citing or give money to) cultures for the things, products, and styles that we pick up.
Try this on the small scale first, then a larger scale.

Small scale looks like checking your own or other people’s facts and language when speaking about something new discovered in the neighborhood/culture (ie. shea butter, Bánh Mì Ba Lẹ, etc).
It could be like trying to understand some cultural tradition that has historically already been happening there already instead of bashing it (ie. shooting dice, scraper bikes).
Large scale would look like a big ole nomination or award, maybe some legislation. For example, the City of Oakland is parceling out 14th Street to be the Black Arts District. (how this pans out, we will see, but it’s a start. could be limiting or empowering. The opportunity in itself is key, a step forward anyway).
(cc: Amir Aziz)

Anyways. There needs to be more of that ‘R.A.V.E.’ esp for PoC.   Show love to your neighbour, please.

— We must share with PoC opportunities to achieve economic stability. For us, this could look like changing hiring practices, affecting rental processing, improving job preparation for Oakland youth, adapting educational systems to fit those being served, and enacting other policy changes that affect employee diversity percentages in corporations, especially new tech moving in *cough* uber*cough.

After all, gentrification is driven by capitalism and market forces around housing. Displacement to the core is determined by what businesses can operate in a city and who can live in the city.

All in all, the way economic opportunity presents itself is pretty racially biased. Actually not pretty, but very ugly. We need to change the way we give chances for PoC to earn a real decent earnings to survive these market rates for toast at 8$. 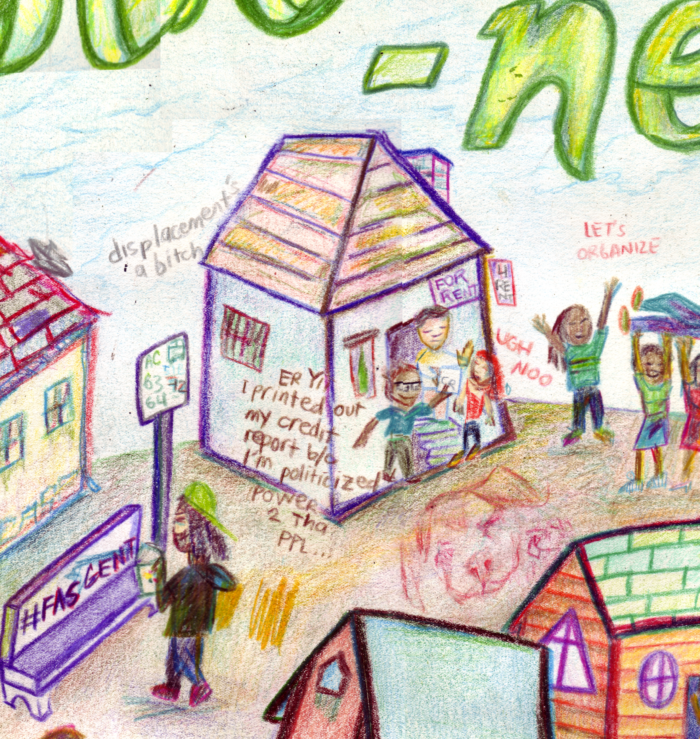 “Credit Report   ftw”
In a perfect world, Bruh printed out his pretty decently scored credit report and gave it to the landlord with his application so he was favored as a tenant and got to sign a lease, woo!  This could only happen tho if he learned these economic strategies growing up.. Hm..

— We need to support the self-determination of PoC and build unity in communities of color. A non-profit I used to work at called Causa Justa Just Cause, proposes the “Human Development Model” as a process in empowering communities of color to stand up for their rights. The Human Development Model outlines how leaders arise from within the community, and building peoples leadership is a way to guide neighborhood development and vision in a community.
(cc: Lorraine)

The people need to be politicized and learn their rights to stay in the community. Leaders gotta b self determined enough to step forward as protagonists in their own lives and community. We can support each other, and through that unite over a collectively built vision. 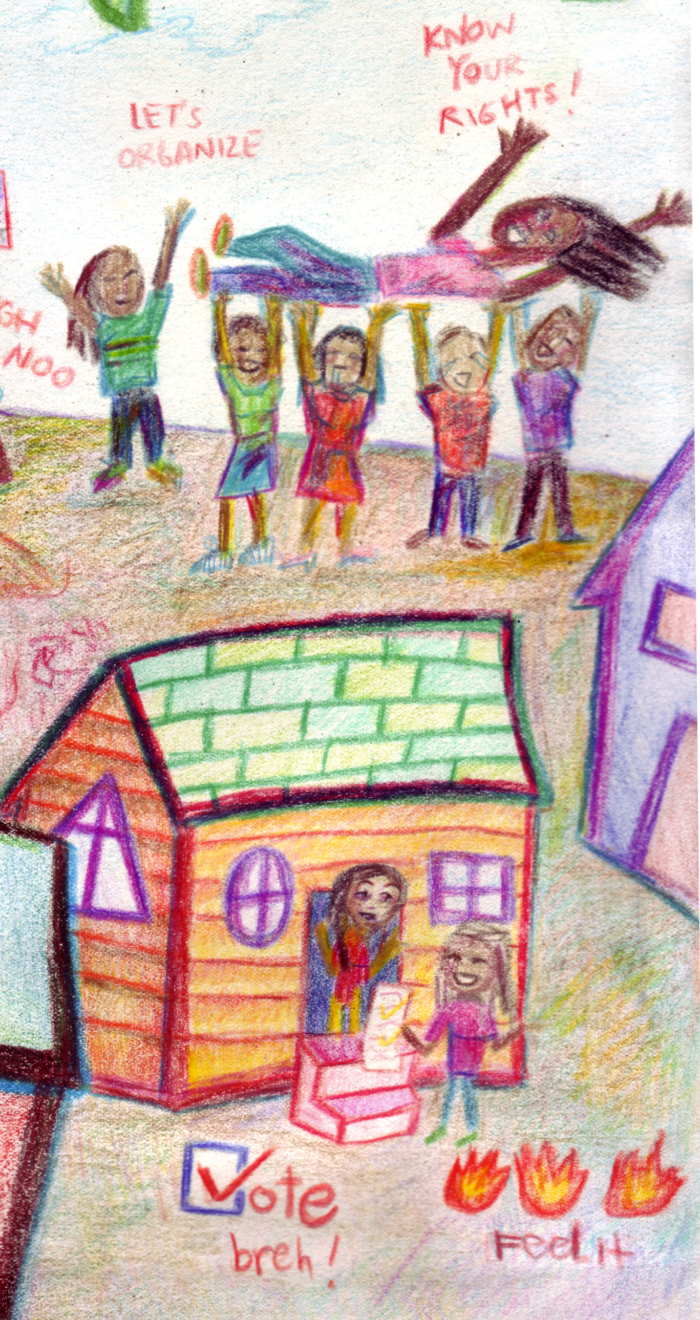 “FeeL itt”
Voting is another way to exercise our rights. So uh yeah lezgetitttt

Okay that’s it. That all I got because this was really complicated and is still complicated. Gentrification is stressful for everybody (nobody likes to get kicked out nor be called ‘evil’ for just trying to move in somewhere).

But yeh. Aite sick let’s try some of these. Hopefully this was springboard-y enough for yall.
. hit my line if u tryna collab/ organize.  c[;     xoxo

(2) gentrification in soma around the sf MoMA

peep the how anti-chronistic this set is. (non-temporal?)..
The construction is now a natural part of the landscape, always seemingly happening.  Film shots of architectural landscape shows development in the SoMA neighborhood in SF (around the SFMoMA) over time since last year~ 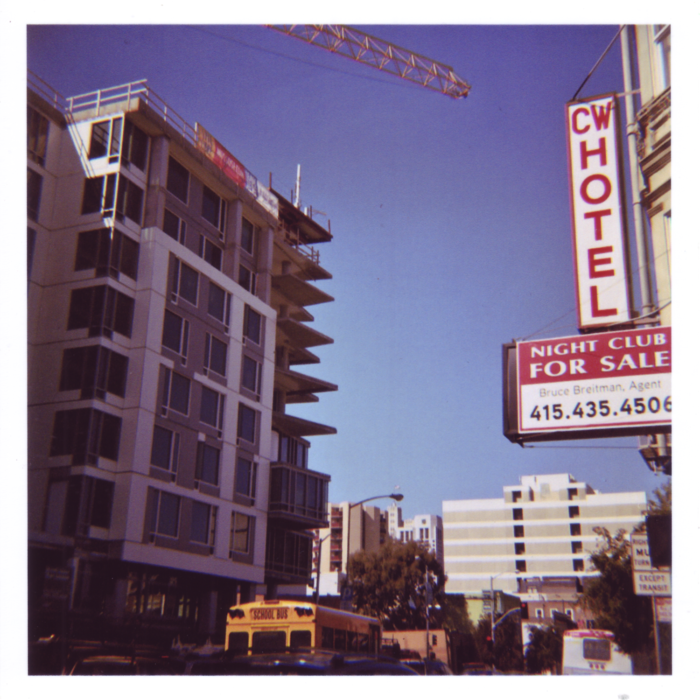 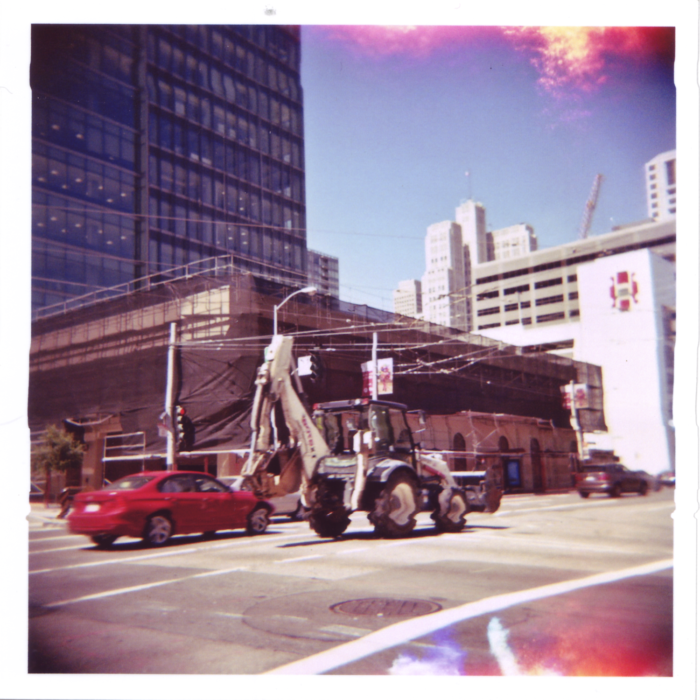 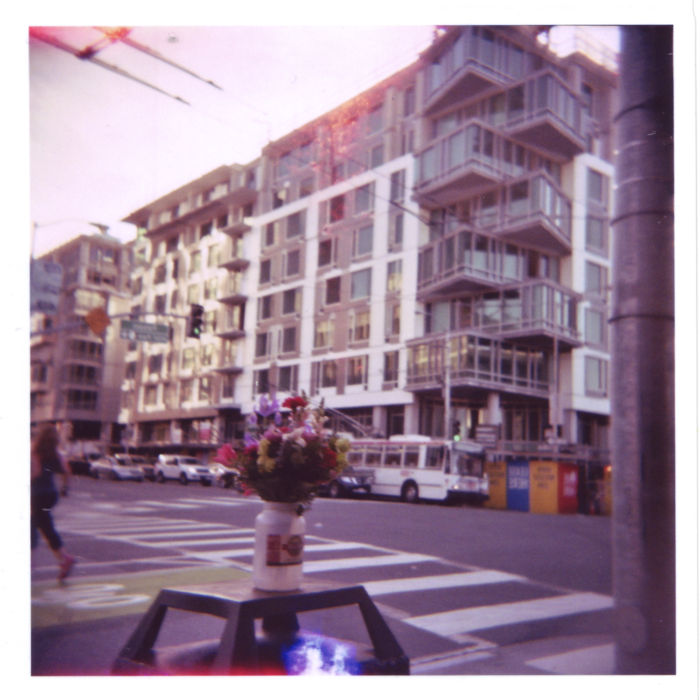 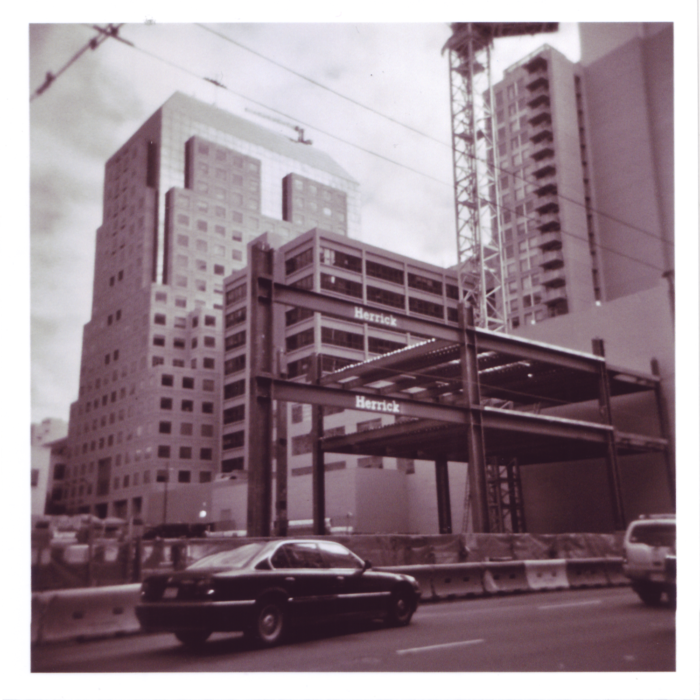 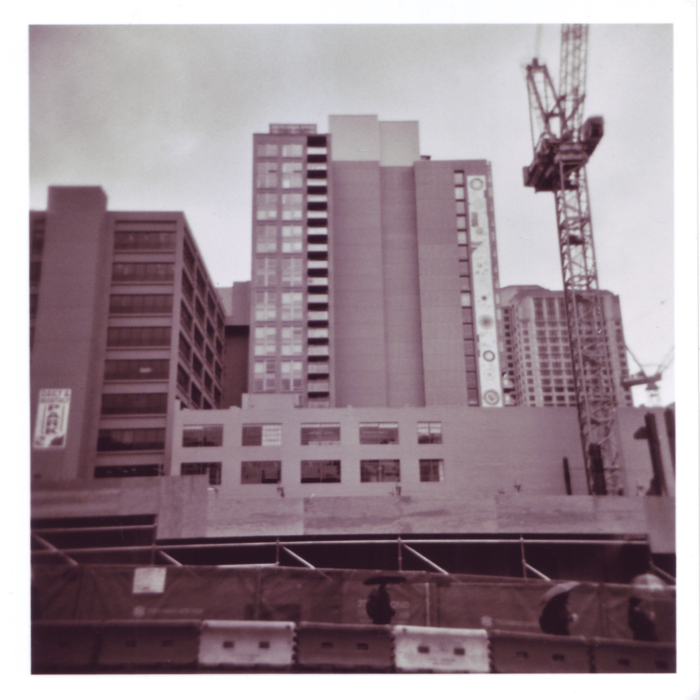 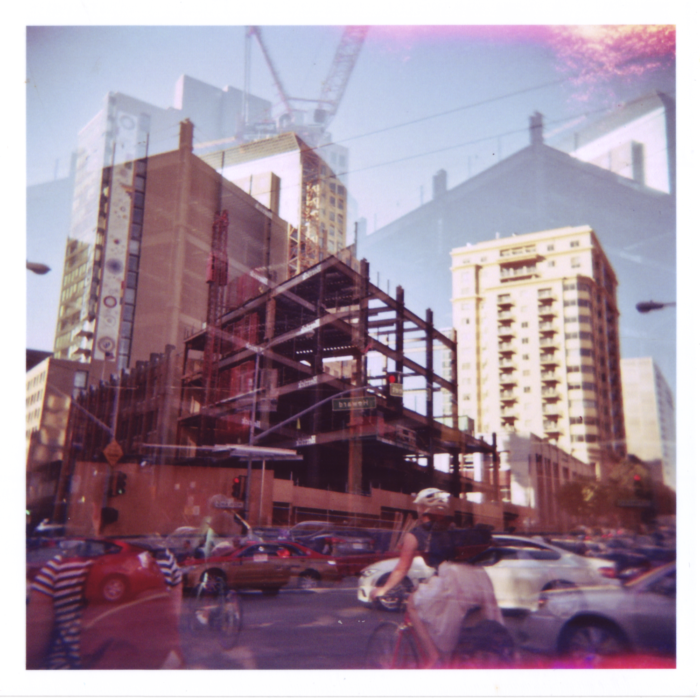 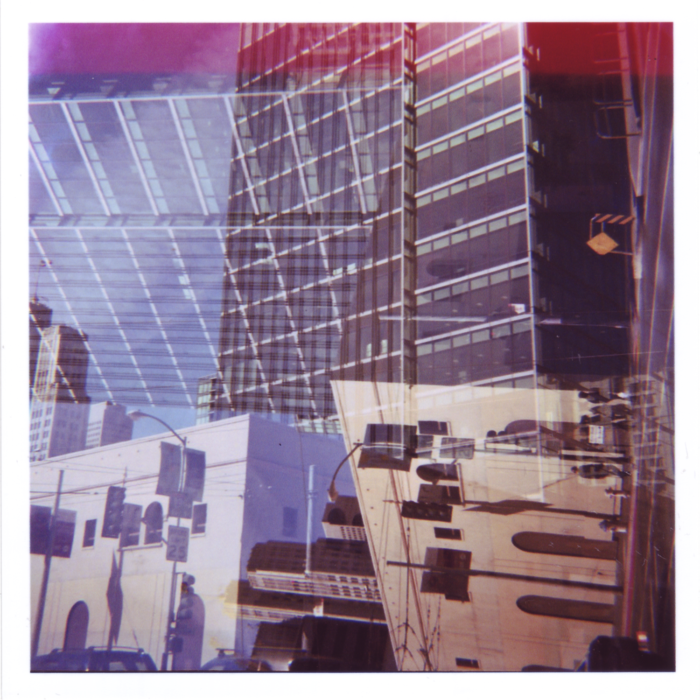 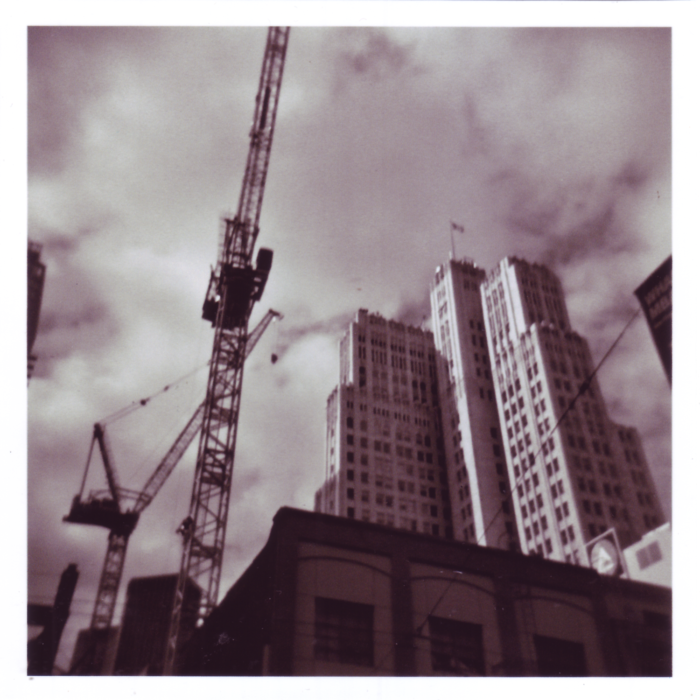 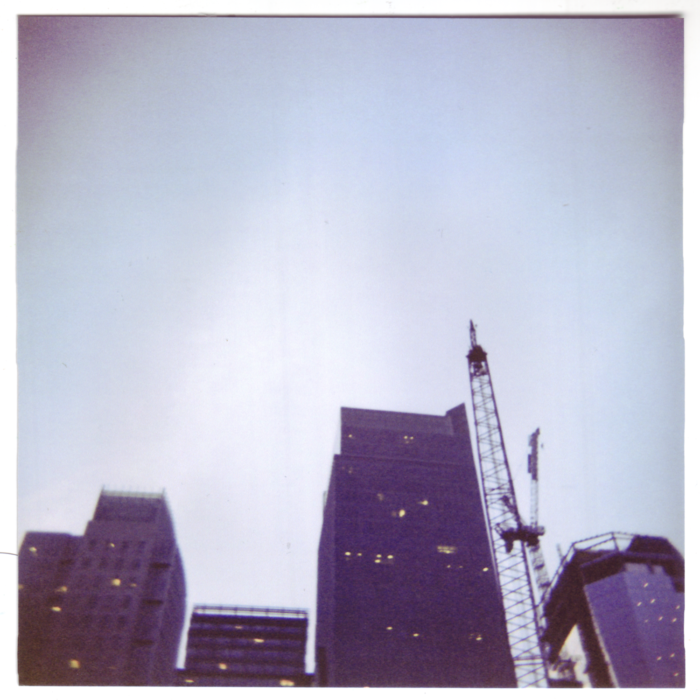 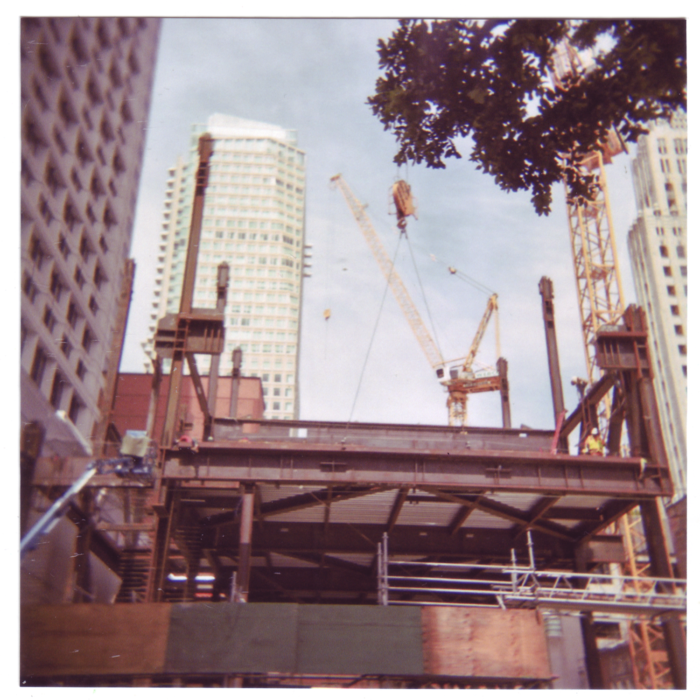