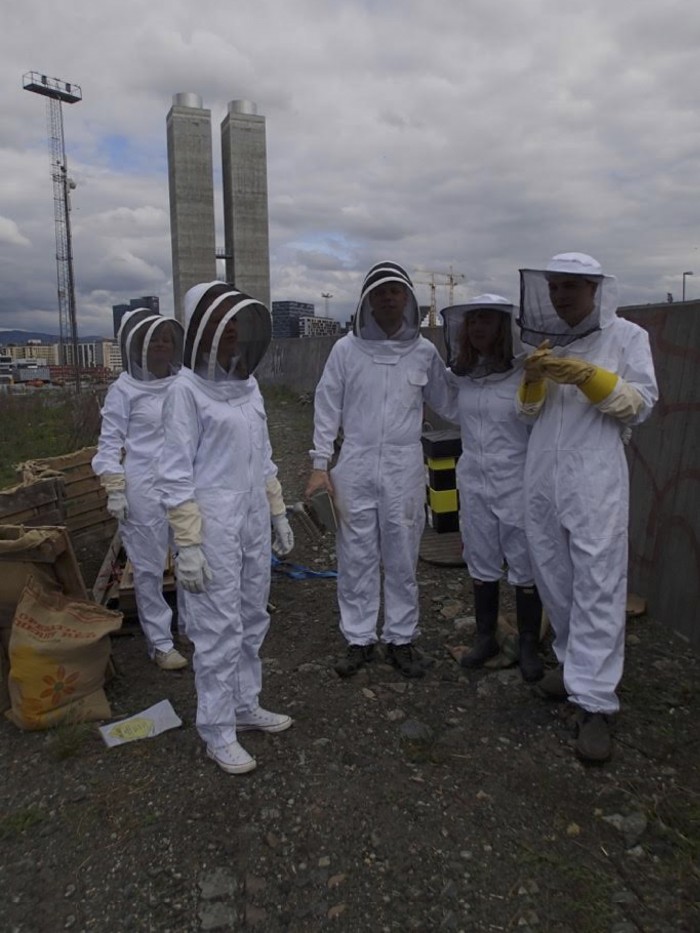 Perhaps it is impossible to unravel all the elements of a larger tendency towards Managerialism in the arts in recent generations — Managerialism being the hyper-rationalist insistence on bottom-line considerations of efficiency and numbers in delivering content in artworld contexts, regardless of what the content in question, its by-products, or its consequences might be. But reckoning with the implications of choosing the same commercial and corporatist models is crucial if we want to be able to provide any alternatives to a prevailing culture that benefits a few — often oppressively and even violently so — and too often sets the terms for even thinking, much less creating.

Working outside the lines.

When the systems for managing the work of creative thinkers and makers (those “making a difference”) are so caught up in standardized and conventional goals, the effects are bound to undermine any possible actual difference. Where managerial goals so entirely mimic a demonstration of accountability that they resemble nothing more than a spreadsheet — numbers toted up in rows and columns (more little boxes: see my earlier column on the physical containers for both artworks and homeless people in the modern city) — then the outcomes narrow to creative work that can do little more than decorate or entertain. This is an accountability that starts (and ends) with adherence to a societal status quo wherein disequilibriums of race, class, and gender are more and more runaway. With such managing of programs and systems comes a fundamental ignorance (if not antipathy) that overrules the very innovative approaches to content and format these systems purport to be fostering. 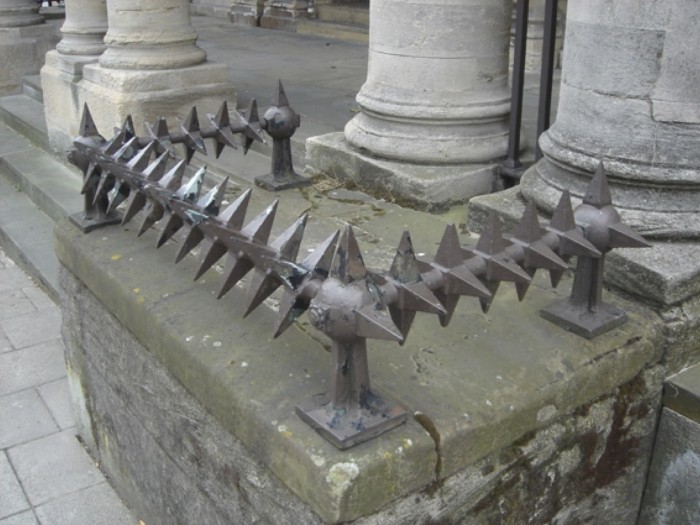 Managerial minds have become so colonized by corporate thinking that they unselfconsciously parrot commercial startup jargon that would be lame if it weren’t so rapacious — from the glib deployment of “cultural ecosystem” (to suggest some sensitivity to a shared social terrain) while also pursuing “low-hanging fruit” through injunctions to “drill down” and “build brands” (brands are what they do to mark ownership of livestock due to be slaughtered, right?). And perhaps most egregious of all are the business-oriented considerations of “ROI” (“Return on Investment”) as smart thinking. All this while pushing the pretense that such efforts are not only still creative but “cutting” and “bleeding edge.” In such realms, it’s not that the Revolution has died, exactly — it just got monetized, and its “share” value diluted. 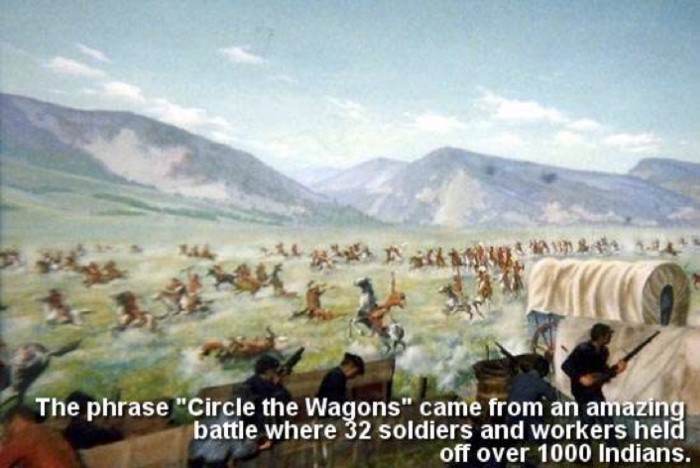 Often, otherwise intelligent individuals working the roles of arts professionals reduce themselves — along with the cultural products they help develop and promote to the public — to safer, dumbed-down, and relentlessly conventional programmed outcomes by repeating mantras of the new business class, and in so doing force a profoundly uncreative, even myopic vision on the rest of humanity: bureaucrats circling their wagons around purported thought-leaders, which results in any genuine innovation becoming penned in, commodified, branded, and channeled into cultural sausage. And, yes, some spicy or gamey flavors still seep through, but the need for easily digestible, end-use consumables means that materials or images that might be unsettling because they deal frankly with topics from sex and violence to economic exploitation and inequality get diluted and filtered out from what gets presented publicly. 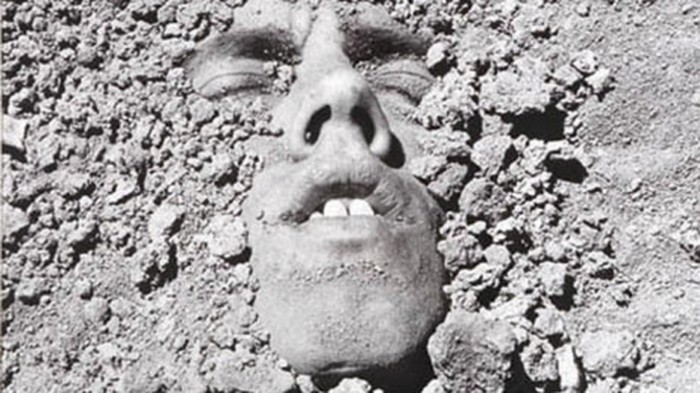 The Changing of the (Avant) Garde

“…follow the money as it leads [artist] groups to ‘professionalize’ by adopting the operating styles and values of corporate culture, as administrators preserve self-images and personal tastes.” (Arlene Goldbard, “When (Art) Worlds Collide: Institutionalizing the Alternatives”)

Arlene Goldbard has written lucidly about this shift in the purpose of non-profit artist organizations over time in Julie Ault’s edited collection Alternative Art New York; Martha Rosler has traced connections between art and the recent exploitation of real estate, in the context of an even more expansive consideration of art’s different political functions over many different eras. These are must-reads for every arts administrator, art student, and art collector, so that they (if not everybody) might have a clearer idea of what they are abetting every time they produce, support, or purchase works of art in the contemporary era.

Among the clear-eyed readings of the cultural landscape that Goldbard shares from her decades of work and observation in the field are rueful indictments of well-intentioned organizations that came together by and for artists, and which have lost their way satisfying both self-serving administrators and market-based notions of for-profit demands:

[…] the market metaphor has been so universally accepted that no one questions the assertion that everything worthwhile earns its keep. Although in theory the arts-funding world is populated by liberal types, arts funds and bureaucrats have in practice embraced the romance of capitalism with a passion unequaled in other nonprofit sectors […] Artist organizations were pushed to conform to corporate model of accountability and corporate styles of doing business. Thus, within groups previously controlled by artists doing for themselves, an internal class system was created, stocked with administrators, development directors, marketing directors, and so on […] 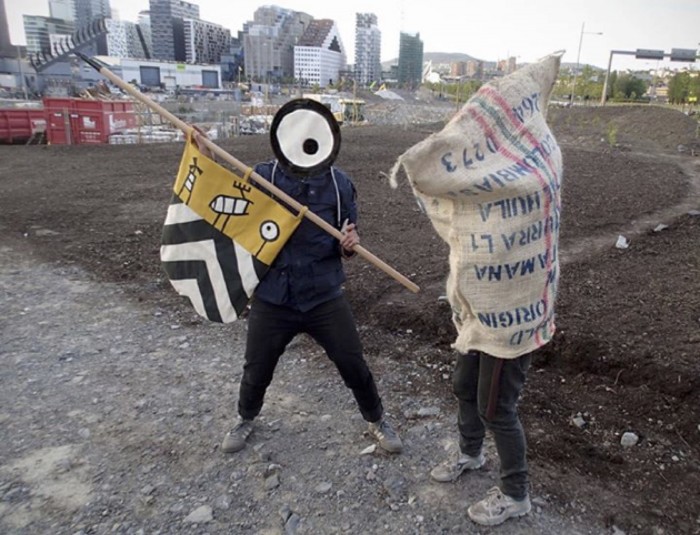 Happily, there are at least occasional forays into catalyzing alternative approaches for cultural and political activity that would make a difference in how people relate to one another, and allow for the exchange of not only goods but ideas — and not only in the rarefied circles of fine art institutions, but out in the “real” world. One attempt that manages to be both modest and ambitious at the same time is Futurefarmers’ Flatbread Society project, which for the last several years has been seeding the ground for radically organic shifts in how to realize a cultural project. It has done so while carving out a small zone for ongoing experimentation in political organizing as well as a semi-autonomous, permanent public art component of a larger urban redevelopment project in Oslo, Norway that is otherwise more conventional and familiar in contemporary “place-making”. It has done so while carrying forward many of the ideals and approaches sketched out by local creative engagements with the site by thinkers and practitioners, including the earlier Common Lands project, as thoughtfully and provokingly laid out in the compelling set of documents in the collective inquiry Art as Protagonist? 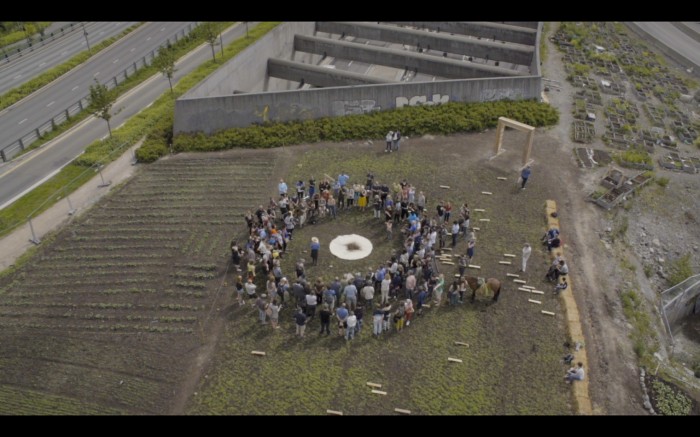 Located in Bjørvika, a waterfront harbor zone that had been officially neglected for decades, Flatbread Society is a bold, multifarious, and open-ended initiative that draws on histories of local farming and heirloom agriculture while also engaging not only the expertise but also the desires, goals, and attitudes of a myriad of locally participating individuals who approach the site as a location for unfolding project ideas. This includes a self-constructed bakehouse and floating “boat oven” — both for exchanging ideas as well as generating products.

The site is also being set up as a staging ground for serial social experiments in group definition and governance while also attempting to reclaim land and other resources for a common good while resisting the pressures of commodified goods — including GMO products and the cash economy. At once ambitious and down-to-earth, Flatbread Society has catalyzed interactions around sharing knowledge for baking bread with recipes from multiple ethnic and cultural backgrounds, propagated new generations of pollinating honeybees, floated ideas for alternative forms of currency, and have even planned to launch a “seed vessel” to far-flung points across the globe in order to re-distribute varieties of plant-life made archaic and near-extinct by centuries of inbred (and largely corporate) mono-cropping.

Most significantly, all these varieties of creative projects are being cultivated through a group process that remains driven by the same folks who both conceive and implement the actual creative work — an alternative form of political engagement that attempts to avoid the pitfalls of commercial and institutionalized values, with its specialized administrator classes and hierarchies of rule and authority.

What a great place the world would be if a thousand different local flatbread societies bloomed in profusion around the globe while staying close to the earth. If artists were given more than lip service as “thought” leaders and recognized as being capable of not only decorating and facilitating, but driving and making thrive political agendas and political interactions, many of the smarter, more human alternatives they offer could provide for new realities. 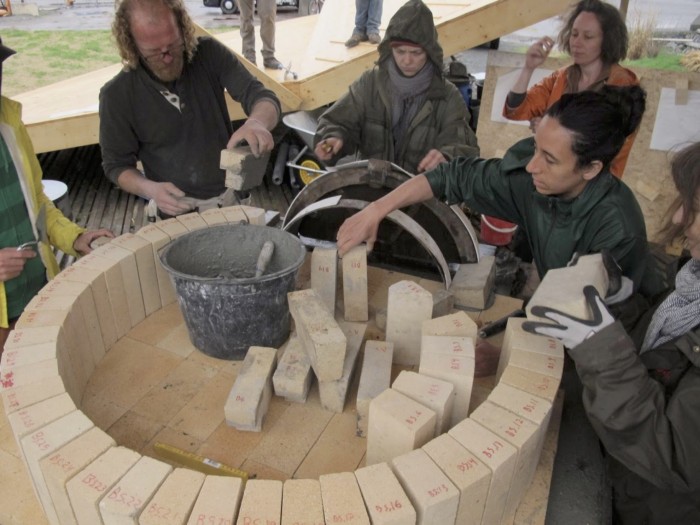