Wake-up Sauce: Notes on Developing Culture from All Over

Thinking about the coming re-opening in May 2016 of SFMOMA with its radically expanded building, there are so many questions about what will ensue. 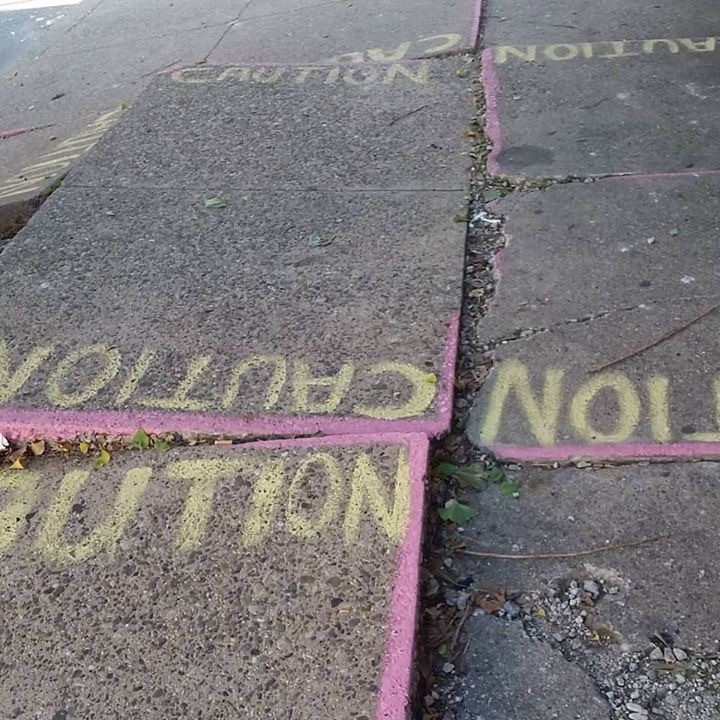 Thinking about the coming re-opening in May 2016 of SFMOMA with its radically expanded building, there are so many questions about what will ensue. What re-orienting urban gravitation will a massive, more than $300 million, newly active, semi-public structure in downtown San Francisco generate? And not only how many visitor dollars will it attract and local perceptions will it shape, but how will its values percolate and help determine other development brewing for San Francisco’s long-fraught nearby Market St. and Tenderloin districts?

I was talking recently with an SFMOMA volunteer docent-in-training. This long-time citizen of the local art world wondered aloud about the choice of spending so vastly on the new addition. Nothing approaching this investment seems plotted for other social programs and survival resources for those many individuals living precariously on the margins of the museum’s neighborhood, and clustered elsewhere in makeshift encampments in a town that is rapidly exiling its working poor. In that economic and social bracket is also a class of cultural makers of all types, whose disappearance from the city further reduces its cultural distinction and diversity. Even a fraction of the museum’s expansion budget re-applied — by either the museum itself or willing donors — would sustain individual artist production and livelihoods, and numerous other vulnerable local lives as well — something that neither market forces nor current philanthropy is presently addressing sufficiently, given the clear and visible issues of homelessness and eviction.

It’s not that building protective spaces to store and share works of art is inherently bad. But are the grander cathedrals being built to congregate and worship art in sometimes just too damn costly (not only in monetary terms) at the expense of other social and cultural development? Putting all “our” art eggs in one overladen basket? And how do we feel when we walk by people living in cast-off refrigerator boxes in order to visit a $300 million box full of a museum’s stuff? And how do we have that discussion without it devolving into a war about which stuff is worth putting in which box, and who gets to decide that?

We’re now living in an era when distribution of information has exceeded the processing ability of any human being, and is proliferating further wildly with the passing of each nanosecond. Is the function of the modern art museum in this world simply to congregate and selectively sift through the stuff of avowedly creative production and decide which gets pride of place? And how to go on to contextualize said stuff in one way or another — from discreet, explanatory wall signage and handsome souvenir coffee table books to pre-recorded audio tours and engaging and interactive docents?

This is as important a question today as it was when posed several years back, when the museum was on the verge of going dark in preparation for its capital investment in the physical facility, as theorized by grupa o.k. in their “Proposal for a Museum” series. What follows is an arbitrary set of counter-proposals to the current development of buildings first, which attempts to pry open the hermetic lock around presumptions of museum collecting, showing, and seeing.

Give Some Away, Give Some Back; Move Some Over Here and There and There; Let These Other Guys Borrow It for a While; Take More of That Shit Out of Storage

Instead of hoarding quasi-public works in cathedralized real estate made evermore precious while invoking “the ‘sharing’ economy” (the euphemism of the decade), how about enacting some of that sharing for real, and set about dispersing the museum’s collection? Instead of centralized amassing, try de-accessioning, to really share cultural stuff in a direct, physical and experiential way. Distribute, with extreme abandon. Like these guys did, trying to honor the legacy of Andy Warhol, but more so – taking a note or two perhaps from the performance of the original potlatch: 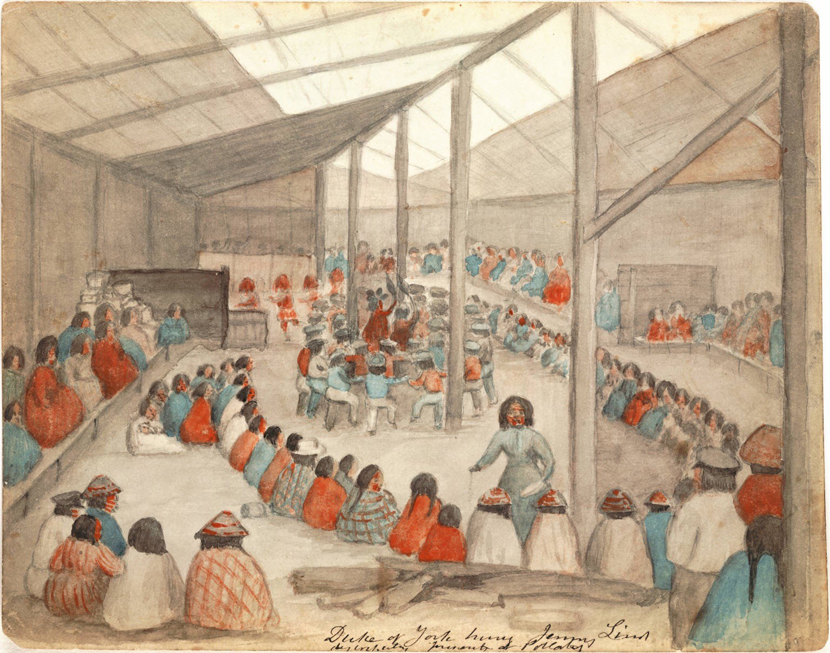 Watercolor by James G. Swan depicting the Klallam people of chief Chetzemoka at Port Townsend, with one of Chetzemoka’s wives distributing potlatch.

The potlatch was historically a type of social gathering among indigenous First Nations groups of the Pacific Northwest through which food and other resources were radically redistributed from their original possessors to new beneficiaries. That reallocation took the form of a sort of competitive bestowing, where an individual would try to reinforce a position of power by showing off his wealth. Basically, the more guests and food brought to the potlatch, the more power or influence the bestower had to demonstrate. Would-be competitors had to give away — or in some cases, even destroy — even more food and material resource in order to prove their worth.

Without a doubt, many of the material objects collected and displayed by museums would look better and be better seen by more people in locales of more domestic and/or downscale settings — private homes and prisons, centers for seniors, assisted living and other communities — and in doing so would eliminate a tendency toward aesthetic preciosity. By “better seen,” I am suggesting that more familiar, relaxed sites allow different engagements for apprehending art — not just up close seeing, but touching, even smelling, maybe hearing — beyond the denatured, distancing and “hands-off” experiences that museums most often provide. Art encountered in museums can be transcendent (and therefore a dangerous flirting with virtual reality), but separating the stuff called “art” from the stuff called “life” that way, and relegating the former to rarified and antiseptic sites while attempting to keep the messy latter as much out of sight as possible (once you’ve paid an admission fee and until you reach the gift shop on your way out to exit) leaves much to be desired in a larger cultural economy.

Call it a campaign to re-distribute value beyond singular, over-inflated sites for congregating, while really sharing the wealth among both creative producers and creative consumers, who might be upgraded in this way to “interactors.” Shifting from more passive experiences — not just the painting or sculpture seen from a distance, but that discreet printed text wall signage, those souvenir coffee table books, and those pre-recorded audio tours — to more active experiential interchanges like conversation (not just either knowing or puzzled looks) among friends, family and acquaintances. This is some of what live docents are perhaps trying to get at — beyond informing to providing more personal and interpersonal experiences). But there might be a greater give-and-take that can come in perhaps less well-lit, or differently lit spaces. In less public settings. Where a work of art comes off the wall and into the hands of the “viewer.” Direct experience. And passed around. Scratched and sniffed. Then talked about. Real sharing.

And if this were to occur in off-peak hours, so to speak, like late at night when you’re coming home from the grocery store, and you would bump up against others ready to engage and share, how might that modulate the experiential to be more direct, or at least differently meaningful? Such an encounter may encourage a proliferation of smaller house parties, rather than daily anonymous mass-scale flows that seem so prized and/or inevitable at contemporary museums. How would this temporal dispersion and spatial shift make art-viewing more accessible, familiar, friendlier, and maybe even more mysterious?

Or how about this lovely, lively alternative to culture-making value, and value-making culture:  just verbalizing and sharing your own impressions gives you property rights over different collectible objects. 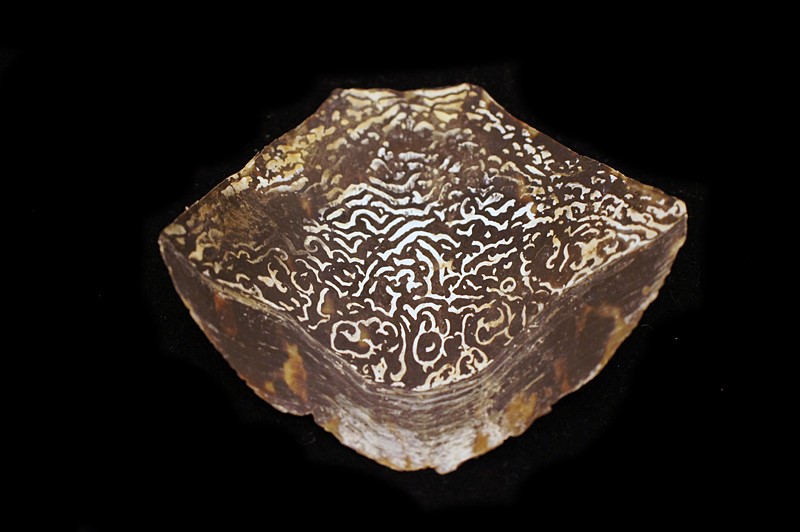 Turtle carapace; yours for the telling.

Which designated masterwork in SFMOMA’s collection would you “invest in” enough by telling a story compellingly enough to obtain it? And which of the Matisses, Arbuses or de Koonings would SFMOMA let go of (presumably with the full blessing and support of its original donor)?

Or how about a series of many micro-museums dedicated to one thing at a time (would that be too fetish-y)? Some could be semi-permanent, others rapidly or slowly rotating. Makes me muse over which solo objects have, all by themselves, made me want to stare, contemplate, and learn and speculate even more. What would I want to look at, come back to again and again? Open Space has experimented with that notion somewhat here previously.

Or with all the attention that has been lavished on industrial and consumer culture design — even featured within the collections of many museums — how about re-orienting our focus on even more everyday objects, to remind ourselves what’s already all around us, and what human enterprise has invested resources and energy in, in recent history?

Instead of one-of-kind, would-be masterworks — which are, of course, a rapidly diluted undertaking at best in this age of digital reproduction or limited editions by other mechanical means (not to mention the effect of year after year of art school grads churning out copycat cultural product, knowingly or not, even before the worst excesses of “zombie formalism”) — let’s focus instead on re-attending to the everyday, the less material and more ephemeral: 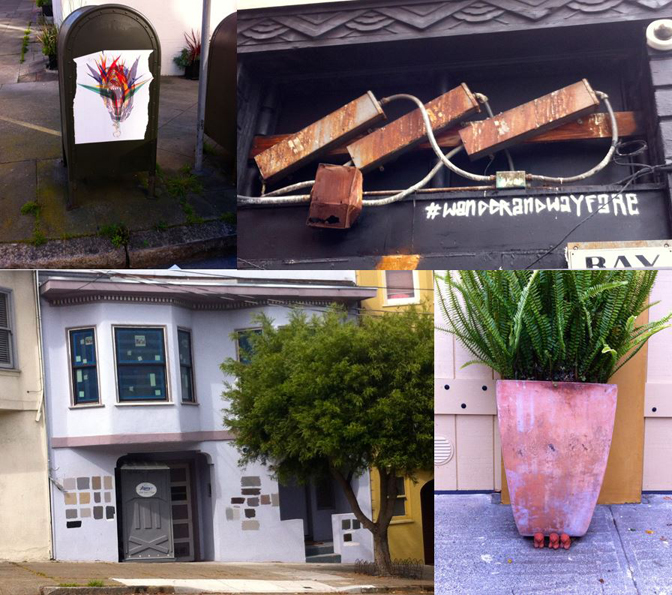 For a different direction, check out this more impromptu yet ambitious pop-up “museum” of objects collected by Kader Attila for temporary installation at documenta 13 (2012) in Kassel, focusing on long-standing and often ordinary cultural exchanges between Africa and Europe. 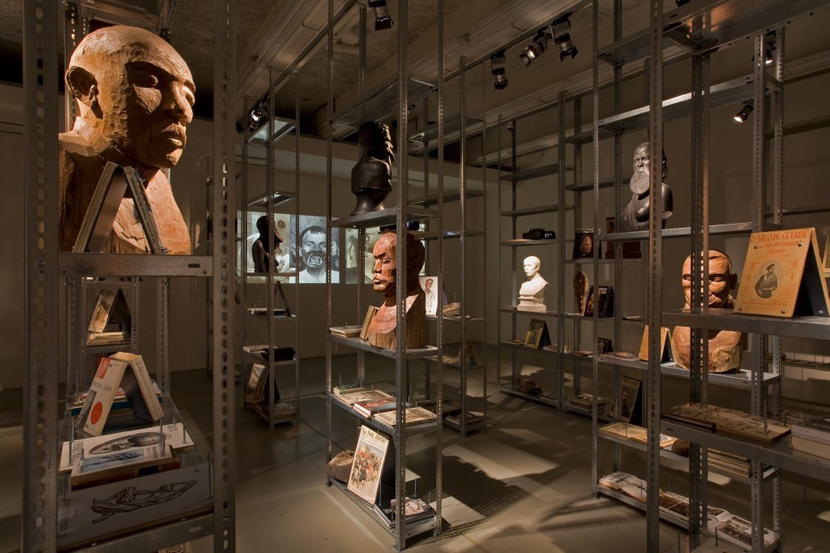 The Repair from Occident to Extra-Occidental Cultures

Given the vast resources of private collections and public museums, how about making the stuff that’s usually hidden away (as part of being stored and cared for) more visible? A number of museums have done so in recent years: 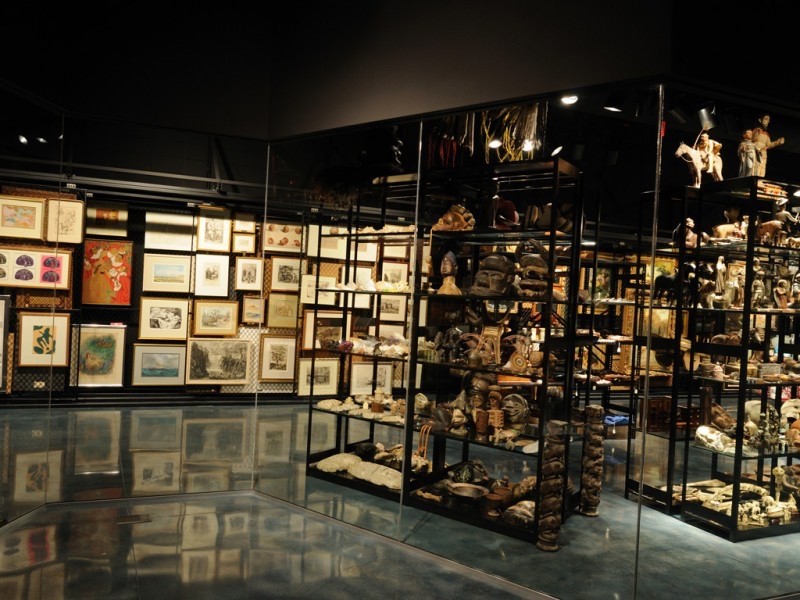 A few other institutional-sharing layouts at modern museums:

Since SFMOMA’s new building is already built, a final proposal here is to suggest re-purposing all that new space (estimated at 225,000 square feet) to differently accommodate folks with a series of softer, more casual, even intimate, salons as opposed to clean, cold and bare galleries maximally designed for safe-distance viewing. And, to use the language of tech, what about “open-sourcing” the objects of attention, making them available and alterable by bumping folks more up against one another and the work itself, then supporting the mingling of folks and art further by making the spaces welcome sitting and staying, rather than as they are now oriented — toward viewing and flowing? Enable everyone to do more than merely look and point, but rather get more stickily involved with whatever works the museum could manage to lay out for fingering, hands-on.

Of course, what would that look like for management goals and fundraising?, And what sorts of shifts in valuation paradigms would that require, away from favoring the monetary basis for art appreciation? But those are topics for future discussions… 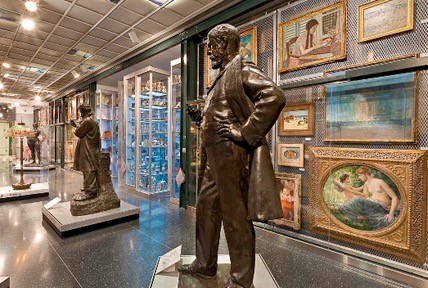 Click image to read more about the Broad museum.