Several times a season, we feature an arts (or arts-related) organization in the Bay Area. Dena Beard talks to us about The Lab — its goals, the challenges they face, and how people can get involved with what they do. 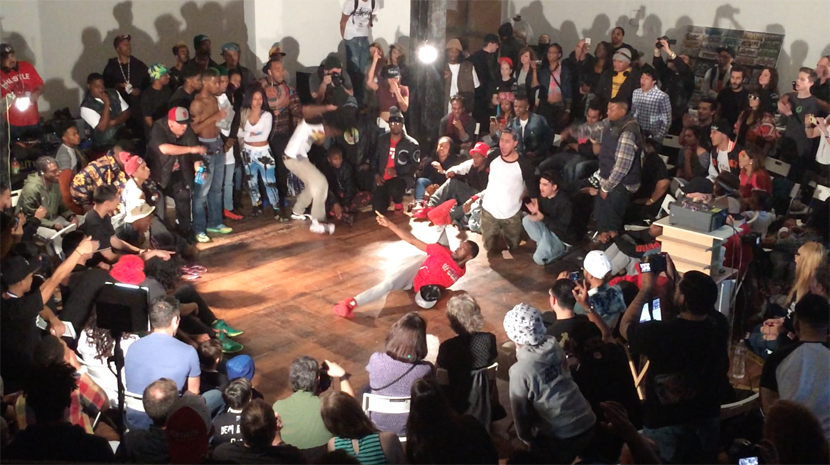 From “TURFIN AGAINST THE WORLD II: All Styles Dance Battle” at The Lab, February 21, 2015.

When was The Lab founded, and why?

In 1984 five art students at San Francisco State University founded The Lab in a two-story building at 1805 and 1807 Divisadero Street. In 1995, The Lab relocated to the historic Redstone Building in San Francisco’s Mission District.

From the 1984 articles of incorporation:

“The specific and primary purposes for which this corporation is organized are to establish a forum for the development for and presentation of the performing, visual, and multi-disciplinary arts to the general public.”

When designing a program, I simply ask: how do we gather a great audience? We take an artwork to be of value when it relates to our lives in meaningful ways. This is to experience some thing that speaks to us directly, to the lives that we lead, to what matters to us. For that reason, four incisive audience members who talk back to the work—constituting its value in relation to the world we live in—are more important to the project of art than 400 checked-out rubes.

So, simply put, I’m just trying to serve a great audience, whatever blessed form they may take. 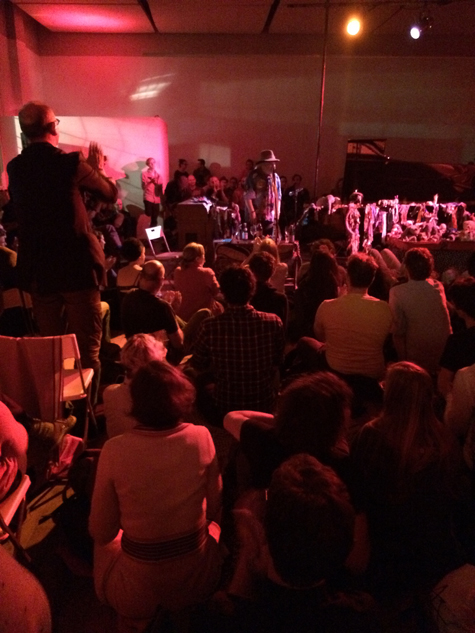 Tell us how The Lab is structured. How many people work there? Staff or volunteers or both?

For the six years of my self-instituted term, I will be The Lab’s sole full-time employee. This decision to create a more vertical model makes me solely responsible for the decisions and failures of the institution.

Many institutions have adopted a flat model of administrating, hiding a (neo) liberal agenda of “social engagement” and “civic activation” to mask a precipitous decline of direct artist funding and a crisis in direction and purpose. By returning to a vertical model I hope The Lab can avoid some of these pitfalls. That said, The Lab has an incredible group of volunteers and project-based employees. My goal is to give them complete ownership over projects of their own choosing. As a result, the quality of their work—their artistry, thoughtfulness, and dedication—continually amazes me.

Renny Pritikin’s “Prescription for a Healthy Arts Scene” lists 23 requirements for a robust cultural scene in any city. How do you think the Bay Area is doing, and how does your organization fit in?

Oh dear! That’s a tough question. I guess I’ll err on the side of data rather than evaluation. Do you want to hear some stats?

According to an October 8, 2013 report by San Francisco’s Budget and Legislative Analyst, since 2011 nearly 24% of its non-profit organizations have been displaced or closed by the rise of rents and the early termination of leases. 1 Nationally the non-profit arts and culture industry generated $135.2 billion of economic activity, 2 and yet American artists are at a serious disadvantage: the National Endowment for the Arts currently receives federal funding of $146 million. 3 By comparison, France’s cultural budget is $4.73 billion, Germany’s is $1.63 billion, 4 China spends $7.8 billion on culture annually, 5 England $728 million. 6 Even Northern Ireland spends $21 million on the arts every year. 7 Living in the richest city in the United States doesn’t help our case. California is one of the lowest contributors to art funding in the nation and, despite having the highest proportion of artists in the workforce, 8 San Francisco non-profits pay the same average honoraria to artists they did in the early eighties — $500 or less. 9 San Francisco’s 973 cultural organizations collectively bring in more than $1.7 billion in revenue to the local economy and more than 5 million out of town visitors, yet each organization spends an average of $91,335 per year (5.5% of their budget) paying artists. 10

San Francisco’s climate of austerity deeply compromises the success of its creative and cultural wellbeing. There is a clear economic advantage to paying artists—by these figures every injection of 1 million of direct support to artists produces 19 million in return—yet we seem to continually throw out the baby with the bathwater, so to speak.

And that’s to say nothing of The Lab’s own history of fiscal and managerial precarity, which is its own can of worms. Perhaps I am just utterly delusional, but about a year ago I decided to be fearless of failure and use that precarity as a springboard for trying out a new model of arts funding. I want The Lab to be a place that palpably believes in art as a medium for the unknown, investing in that belief by granting artists the necessary financial resources, time, and space to embrace new modes of working.

To that end, The Lab will commission three artists per year to use its space for four to ten weeks at a time. Each artist is given a minimum of $25K to generate projects that envision new avenues for their practice and reconsider how art spaces operate as platforms for new work. The funds and the use of the space are unrestricted but I challenge each artist to renegotiate the relationship between their artwork and the viewing public.

Additionally, I want to reject the usual methods of operating a non-profit. These seem to do little to promote great art or interesting platforms for conversation. Instead, I will regularly implement experiments that strategize new ways of running the space and reflect upon how those experiments affect artists and their work. Necessarily, we anticipate failure.

Unrestricted funds. Grants usually come with a host of caveats and are awarded on the basis of defined deliverables, which often undermine the project and process of art making. We want to invest in an artist’s process — granting them the money to purchase materials, to find resources, to find the time and the space to discover their art without requiring that they over-determine the work in advance. 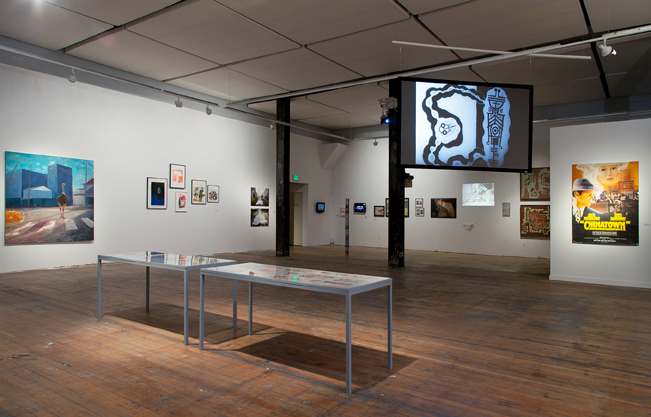 How can someone join/participate/donate/help out at The Lab?

Support us at http://www.thelab.org/membership/! Or just show up and inject energy into the place — we like witty chat and DIY attitudes. Our work parties usually become dance parties; our fundraisers are entirely indulgent. The Lab exists by means of this expansive sense of family–a blurring of work and play, skepticism and conviction, exhaustion and exhilaration.

We’re of the opinion that more is merrier, and there’s always room for another rose in the garden: Any words of advice for others interested in starting an organization like The Lab?

Do it entirely for yourself, but for love of all of us, please do it differently.