Masking Against the Neoliberal Gaze

UX: Art+Tech presents reflections, research, and explorations at the nexus of art and technology. 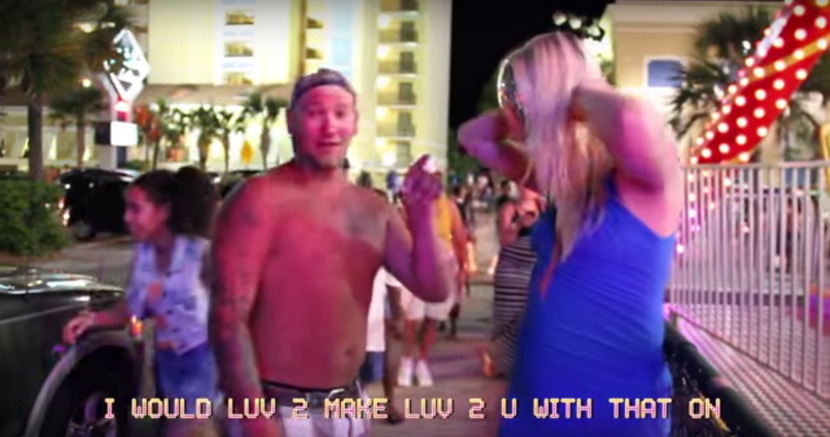 As some journalists, lawyers, and programmers battle encroachments on privacy, artists too are playing a unique role in shaping our dialogue around surveillance and the ways we resist it. As neoliberal capitalism extends around the globe and into our lives, the mask has become an iconic symbol of the struggle against the logic of the neoliberal gaze. I define the neoliberal gaze as a transnational means of looking that is prying, self-serving, and reductive; it restructures that which it discerns as being more in-line with an individual’s own value system. It is an invasive viewing, and in strong conflict with local culture and free expression artists crave, if not depend on. While masks are used widely by protest movements and through the tactics of groups like the Zapatistas, black bloc, Pussy Riot, and Anonymous, how are artists resisting this gaze with the mask as a form and tool for their fight?

One might start with Adam Harvey’s “CV Dazzle,” which takes a surprising approach to hiding from the line of sight of the neoliberal gaze through its complexity. Inspired by a disruptive camouflage called Dazzle, most notably used on ships during World War I, Harvey has found styling techniques that resist machine vision’s understanding of “face,” whereby facial detection algorithms scouring these jarring and hyper-stylized looks come up empty-handed. Although adorning “CV Dazzle” would draw attention from a human passerby, the work may allow one to walk through a surveilled street algorithmically unidentified.

The desire for a utilitarian mask that perfectly obscures our identities has long attracted our imagination, but unless it hides us from humans and machines alike, it only draws closer inspection from humans and machines alike. The desire of the neoliberal gaze is to identify, categorize, and then profit from or subdue everything it sees — as such, it’s an apparatus that loathes anomalies.

Such loathing was the experience of artists Signe Pierce and Alli Coates, when they documented a “social experiment” for a short film entitled American Reflexxx (2013). The unannounced public performance shows Coates wearing a featureless mirrored mask that elicits vitriolic anger, confusion, and violence from onlookers. This disturbing video is testament to our public’s demand for legibility, and calls to mind the difficulties trans people face when they try to cross borders, should their gender not match the sex on their ID. We all must fit in.

Some of the questions perhaps most pressing to protest movements around the world relate to the protection of human life, dignity, and local culture in the face of neoliberalism. What is most valuable to many remains largely immeasurable to this globalizing logic, and therefore overwritten by it. As in American Reflexxx, that which resists legibility is met with violent opposition. The truly nightmarish implication of American Reflexxx is that it is us, the public, who has internalized this perverse and dehumanizing logic, not the state.

Unlike Harvey’s facial alteration in the service of anonymity, Italian artist and designer Simone Niquille imagines a platform for sharing avatars, swapping out faces and identities at whim. Creating obfuscation through multiplicity, Facebay.cc (2013) resists categorization and marketability by further complicating the database of “you” while attempting to carve out a place for playful expression and exploration of identity in a non-reductive manner. Rather than disconnecting or hiding, much of Niquille’s practice imagines taking more creative license with what data we share. Niquille’s work boldly rejects the documentation and categorization by suggesting that we are not our faces, we are not a categorizable entity, but rambunctious multitudes.

While Niquille makes a design-fiction tool for group obfuscation and expression, artist and professor Zach Blas aims for a mask that, through a process of community engagement, is resistant to the dehumanizing logic of the neoliberal gaze. In Facial Weaponization Suite, the mediums of both video and sculpture are contingent on a largely undocumented group workshop. Knowing that the resulting mask is purely symbolic in function, these masks are created through collaborative workshops, where the true resistance emerges in the form of the conversations, sharing, and education about surveillance.

Blas’s work especially emphasizes the radical potential for art. Borrowing from curator and writer Nato Thompson’s new book, Seeing Power: Art and Activism in the 21st Century, Blas’s workshops create an alternative space for radical becoming. The series of conversations largely takes place outside of a capitalistic model and thus allows each individual involved to adopt a collective act of resistance unwelcome and unsupported in most spaces.

This radical becoming, in which the collective is empowered to act through new kinds of art, is indeed a powerful affront to the neoliberal gaze. In their distinct ways, these masks all seek to carve out room for us to become individuals outside of a pervasive capitalistic logic. What Thompson suggests is that art, alternative spaces, and radical modes of thinking can fill a gap that traditional activism, journalism, and legal work rarely do. Thinking critically, but in a non-utilitarian and creative manner, can feel superfluous in times of very real and devastating problems — but maybe those are exactly the times we need this thinking most.