by Jennifer A. González

In thinking about this question, I am reminded of the introduction to Victor Burgin’s In/Different Spaces, where he recounts an anecdote about lost tourists who ask a local resident for directions. The local thinks for a while and then says, “Well, if I were you, I wouldn’t start from here.” In some ways the question “Who owns visual culture?” is the wrong place to start. It is the wrong question in the same way that “Who owns nature?” or “Who owns history?” is the wrong question. It invites us to imagine that “ownership” can or should be applied to that which cannot be owned, to that which forms a constantly changing, shifting, emerging, and contested nexus of power relations and semantic significances.

For this very reason, however, particularly in a capitalist economy that sees nearly every aspect of life in relation to property and finance (think of George W. Bush’s “Ownership Society”), perhaps it is a question we should take seriously. The Corbis Corporation (privately owned by Bill Gates) licenses the rights to more than 100 million images and 800,000 video clips. Art museums, archives, and government offices regulate and control the circulation of images through a system of “rights” designed to produce profits. What we are allowed to see online, and how we are allowed to see it, is also regulated through intricate algorithms of pay-per-view, instant streaming, cable access, and so forth. The legal “owners” of this visual content sell it to the general population for a fee. But once I have paid the fee, and the movie or television series sits on my hard drive, once the artist’s original print (or its reproduction) is hung on my wall, am I not the “owner” of this visual culture? Perhaps this is also the wrong question. Thousands if not millions of other viewers can “own” many of the same images and videos.

Visual culture is not, or not only, a set of finite objects that reside in archives or on screens. Visual culture is rather an environmental condition, shaped by and understood through the lived experience of seeing and sharing a visual literacy with members of a broader community. Like language, the significance of both vision and images changes with each new generation and individual, each medium and platform. The fleeting but critical instant of vision and visual interpretation may be the only form of “ownership” visual culture actually offers. I “own” what I see only in the process of seeing it; visual culture then has a temporal, hermeneutic meaning tied to a historical moment. In this alternative definition, the idea of ownership as private property necessarily falls away. Instead, we might have to “own up” to what we have seen. We might have to take responsibility for the referents in the image world we inhabit, recognizing that these referents (politicians, political refugees, dying ecosystems) are always already mediated through visual culture, and that all forms of seeing are only ever partial, incomplete, localized, limited. 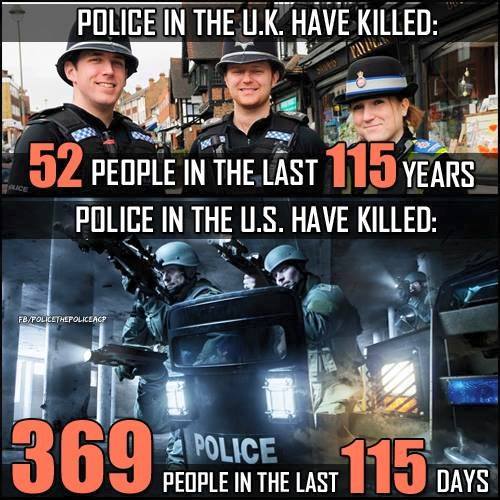 I recently saw a poster that stated, “In England the police have killed 52 people in 115 years; In the United States the police have killed 369 people in 115 days.” This revelatory statement is importantly linked to citizen-action street practices: private video cameras have become one of the most important tools for documenting and combating police brutality and “accidental shootings.” Visual culture “ownership” in this instance emerges as a contested terrain of survival. To own an image of another’s death or victimization is to participate in a discourse of witnessing. Who owns these images after they circulate in the public eye, individuals or courts of law? At what point does visual culture become necessary evidence, and at what point can it become twisted by legal rhetoric? Who regulates the slippage of meaning across the spectrum of factuality and fabula? Who has the right to truth claims? In a culture built on racial and gender inequalities, these questions become all the more urgent.

What seems promising about our present moment is that sites of power cannot wield visual culture exclusively, in part because of the nimble technologies of photography now available. “Speaking back to power” has importantly morphed into “showing back to power”—sharing and redistributing images of its brutality and excesses. One can observe that the current flexible conditions of image circulation and flow that frequently and purposefully bypass network television, national broadcasting, and hegemonic forms of advertising, are slowly but steadily unraveling a previously tightly woven web of visual domination. Yet, efforts to privatize, monitor, and regulate the Internet, to legalize surveillance drones, to monopolize billboard ownership (i.e. Viacom or Comcast) in cities like Los Angeles or New York, reveal that systems of control always try to resume their grip. How do we renegotiate conceptions of visual culture “ownership” within this distribution network such that they do not fall into narrow, neoliberal definitions of property or come under the threat of complete censorship? One way is to recognize, as above, that visual culture is a capillary system of interpretation, not a fixed form of matter. It can, and must, be made and remade at every moment in order to maintain the momentum of its convictions, whatever they may be. Let us therefore not be passive participants in a future-culture of advertising and surveillance, but rather creators of alternative visual forms and enunciations which we “own”, if at all, fleetingly.