This brief, five-part series — named after a section of composer Lou Harrison’s (1917-2003) Rhymes With Silver — pairs an image of San Francisco from the SFMOMA Collection with a piece of music also created in or indebted to the Bay Area at large. 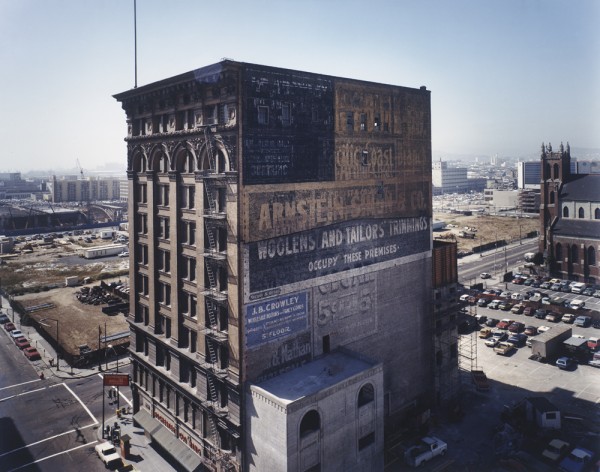 Janet Delaney’s South of Market series, of which “Mercantile Building” is a part, captures San Francisco’s SoMa neighborhood well before the first tech boom (ca. 1999) radically transformed the city. Based in Berkeley, Delaney speaks to localized memory and urban temporality; her aptly titled and more recent SoMa Now series serves as both counterpoint and evidence of this ongoing engagement.

Lou Harrison’s Varied Trio, meanwhile, is a five-part work for violin, piano and percussion. A fitting example of Harrison’s propensity to mesh Western and non-Western musics, its mood is slips between somber and playful arrangements. As such, it may demonstrate a kind of analog for the vibrancy and complexity of Harrison’s life.