For my installment of Open Space’s Collection Rotation, I’ve selected works that visually inhabit the narrow corridor that is the boundary between cohesion and collapse. It is the hidden stability of these works — a certain veiled resistance to failure — that I gravitate towards.

For our regular feature Collection Rotation, we invite a guest to organize a mini “exhibition” from our collection works online. Today, please welcome artist and curator Kirk Stoller.

For my installment of Open Space’s Collection Rotation, I’ve selected works that visually inhabit the narrow corridor that is the boundary between cohesion and collapse.  It is the hidden stability of these works — a certain veiled resistance to failure — that I gravitate towards. My curatorial interest in these selections is their insistence that even in the face of chaos, order is possible.

The starting point for this “exhibition” is a cell phone snap-shot that I took of a scene I stumbled upon. Nominally a pile of trash, it is the formal elements of the composition in league with the photo’s depiction that have retained my visual interest.  Together they express the effort to organize against great odds, which is the subject of my curatorial focus. 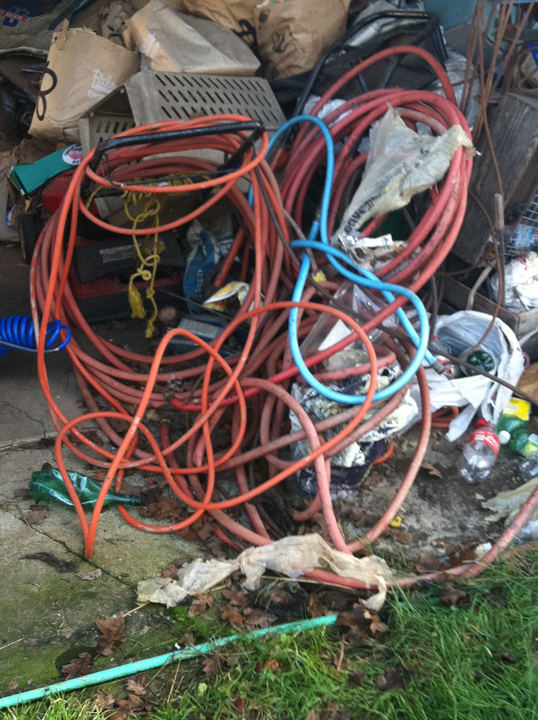 “Untitled” (1960) by Joan Mitchell has a similar feeling as my photograph. She uses gesture and color to create an almost uncomfortably painted work, one on the verge of visual collapse. Yet by imbuing her composition with a hidden organization, the painting holds together, succeeding despite its precariousness. 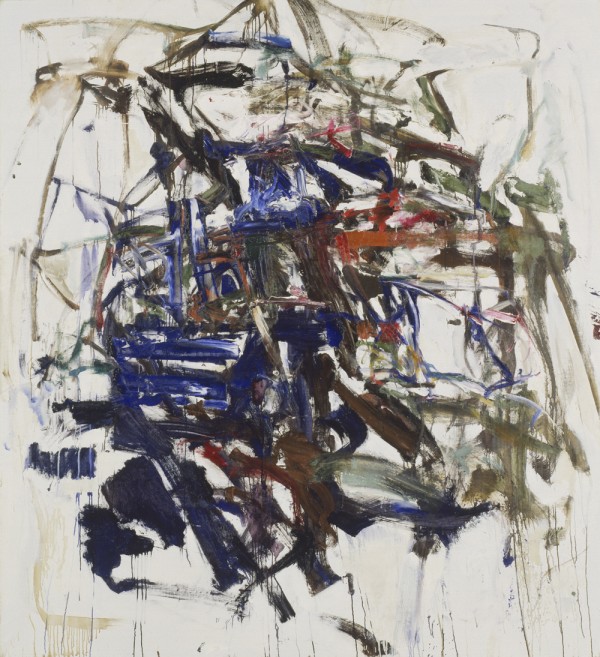 “Fuse Stone” (1969) by Robert Rauschenberg and “Etching to Rexroth” (1986) by Brice Marden capture a similar sense of resistance to chaos without the use of color. They possess the necessary “resolve” needed to maintain their visual cohesion, even with challenging circumstances. 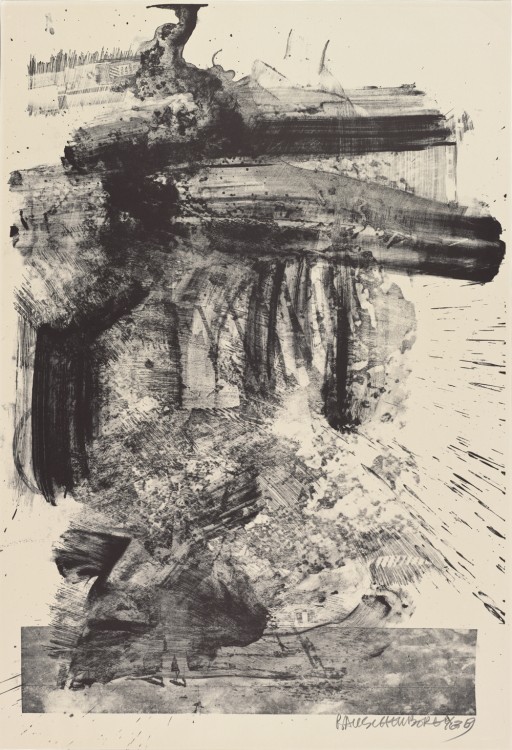 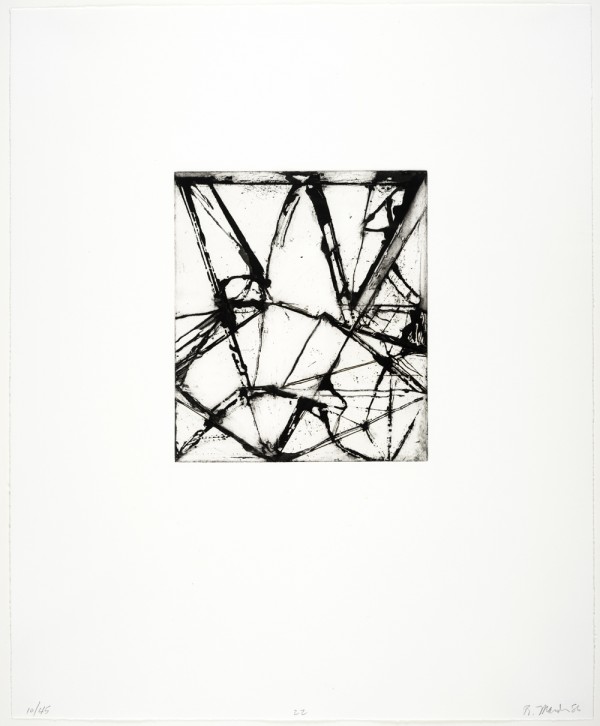 Glowing lights seem to be buzzing around the picture plane in a frenetic pattern in Fritz Henle’s photograph, “NY at Night — the RCA Building.” However, this visual confusion is optically anchored by the barely visible image of the RCA building. 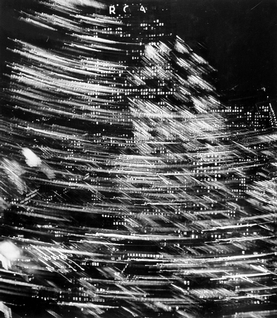 Fritz Henle, New York at Night–The RCA Building, the Night the Lights Came Back On, 1945

Many of the songs on Youth Lagoon’s 2013 album Wondrous Bughouse are sonic counterparts to the previously mentioned images. For example, the track “Mute”. Its various sounds and tones seem to battle each other for supremacy, almost reducing it to noise. However, the cacophony of sound is kept at bay by Trevor Power’s structured vocals, and the song retains its integrity.

“Bechhofen,” (1972) a wall sculpture by Frank Stella, provokes a feeling of physical precariousness as well as a visual one.  Collapse appears to be the dominating theme of the piece.  But “coming to the rescue,” its more vertical form maintains an angle that both visually and physically braces the rest of the piece.  This aids the work’s resistance to the suggested fate of visually “falling down.” 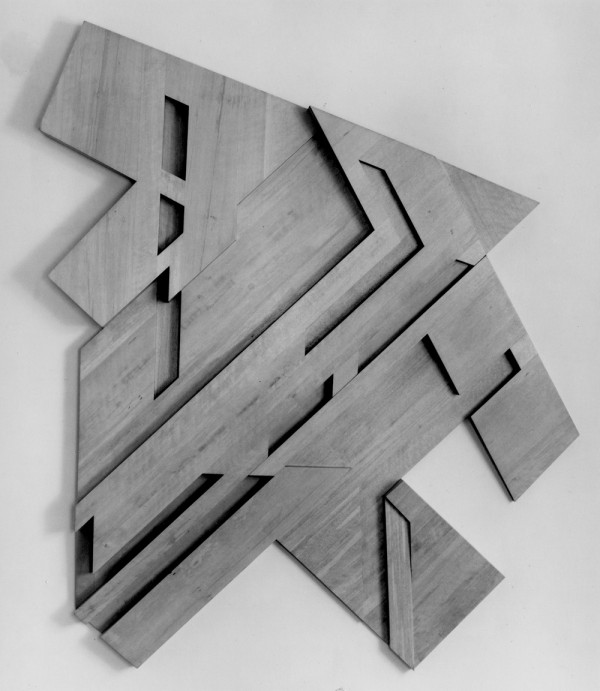 Robert Irwin’s “Untitled” disk painting from 1968 is threatened by disintegration not from an over-abundance of activity, but by the opposite. The work literally glows as it teeters on the edge of being extinguished, by Irwin’s use of color and light, its form no longer defined in terms the eye can decipher succinctly. It succeeds as a piece because Irwin is adept at altering the presence of his work in the expanded periphery of human visual perception…making them there, but not, at the same time. 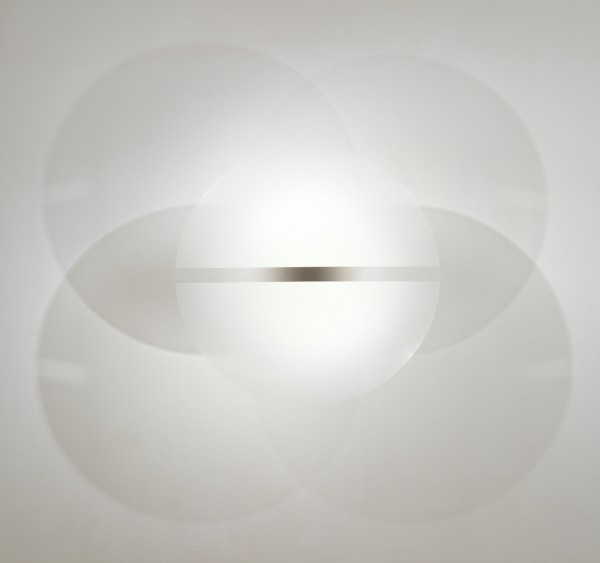 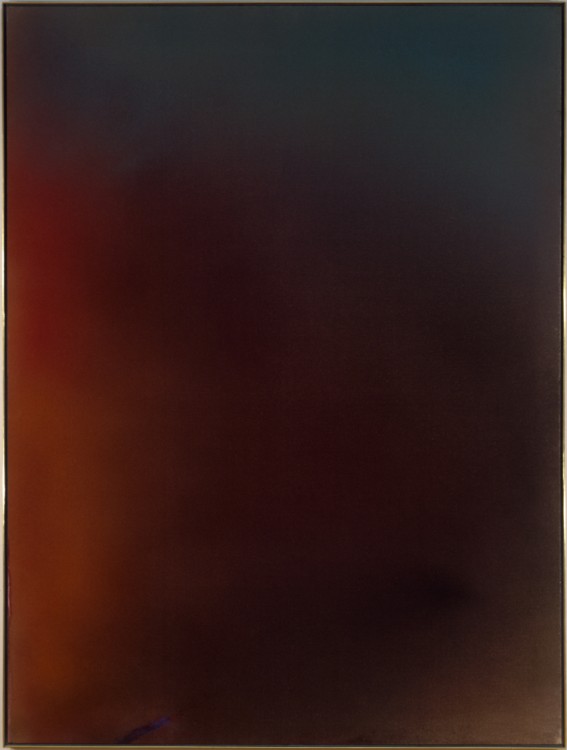 This collection of imagery and sound “moves” in a subtly choreographed dance, a flittering between confusion, destruction, and structural strength. I’m not certain whether or not these artists were consciously contemplating the space between defeat and survival when they created their work. However, because these pieces seem to reach a point on the cusp of collapse, but somehow manage to stay together, their delicate balance functions for me as a metaphor for corresponding human scenarios.

Kirk Stoller is a sculptor whose work is represented by Romer Young Gallery. He maintains a studio practice in both San Francisco and Brooklyn. He opened a project space in his loft in San Francisco in 2013 whose goal is to facilitate communication between artists from the Bay Area and New York City.