Curtains gather in the margins of everyday life. They claim to be insignificant, save for those pivotal moments when they dramatically rise or fall. Yet without them, we seem to run the permanent risk of confusing all our beginnings for our ends.

Five on Transition: Inspired by the shifting of seasons as spring arrives, we asked five guests to organize a series of works from our online collection, responding to the theme of transition. Please welcome art historian Nicole Archer. 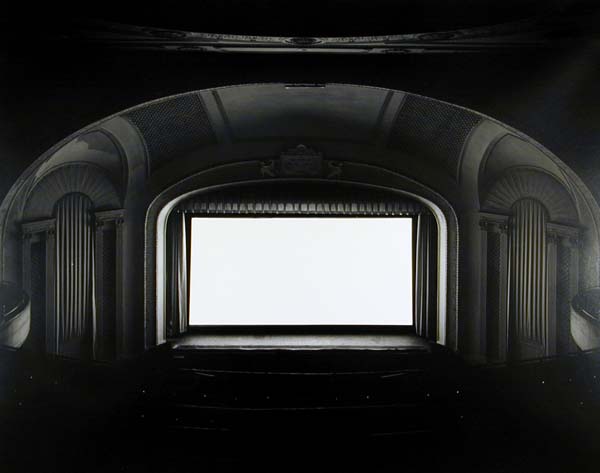 Curtains gather in the margins of everyday life. They claim to be insignificant, save for those pivotal moments when they dramatically rise or fall. Yet without them, we seem to run the permanent risk of confusing all our beginnings for our ends. Hardly negligible, every curtain is entrusted with the power to inaugurate the future and to render the present past. Theatrical curtains demarcate fact from fiction; more domestic drapes separate the public and the private; while iron curtains are sometimes drawn between divergent world orders. 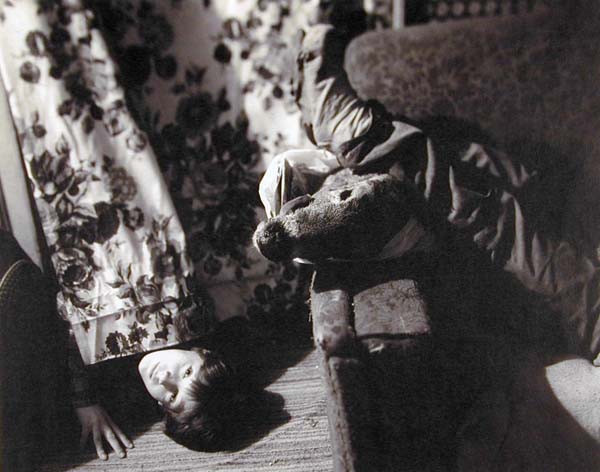 Like most technologies of power, the curtain is unequivocally polyvalent. Inasmuch as it punctuates and gives order to things, the curtain also harbors the irrational and the boundless. Fantasy is preserved within its folds. A curtain’s swells trace the ceaseless transitions that occur between opposing states of being (here, there; inside, out; un/seen; real and imaginary) — the perpetual in-between. The temptation to become wrapped up in the curtain itself is the temptation to engage the materiality of meaning. 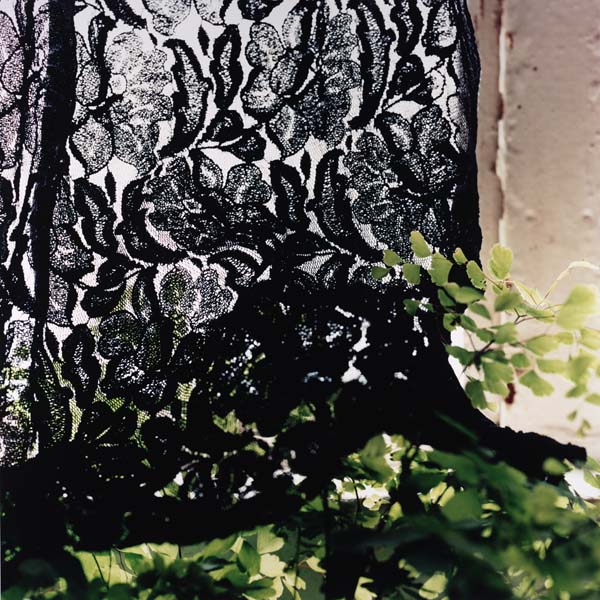 As Jacques Lacan illuminates via the ancient tale of Zeuxis and Parrhasios, the image of the curtain serves to remind us that “what [we] look at is never what [we] wish to see.”

Recorded by Pliny the Elder, the story of Zeuxis and Parrhasios concerns a contest to determine which of the two was the foremost artist of their time. For the sake of judgment, each man was asked to produce a single painting. First, Zeuxis unveiled an image of grapes that were so realistically rendered that a flock of birds descended and tried to peck at the fruit. After this impressive display, Zeuxis approached Parrhasios and demanded that he remove the curtain in front of his work, so their images could be compared. Zeuxis reached for the curtain and quickly realized his mistake: the curtain was a simulacrum. Recognizing that Parrhasios had tricked him, whereas he had “only” tricked the birds, Zeuxis admitted defeat. 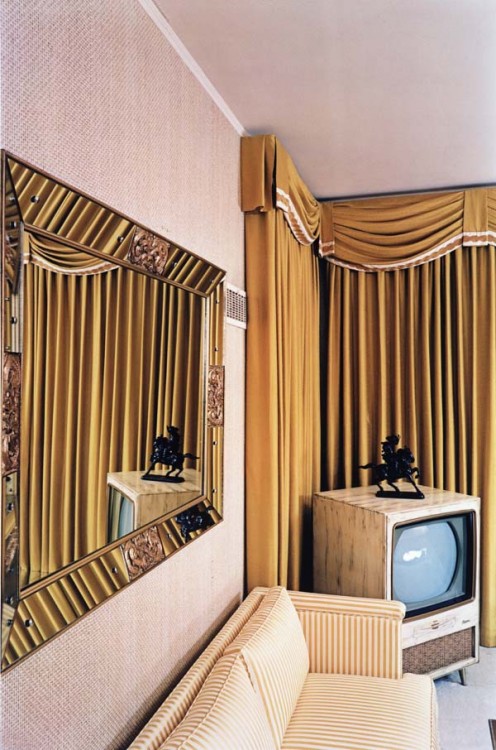 Rather than remain a simple figuration of the desire to see (what lies on its other side), our attachment to such uncanny, immobile curtains becomes a means of figuring the desire to desire. Or, of appreciating the degree to which the power of art lies in its ability to transform the perfectly visible into that of the utterly unknowable.

Nicole Archer researches contemporary art and material culture, with an emphasis in modern textile and garment histories. She concentrates on critical and psychoanalytic theory, corporeal feminism, and performance studies. Archer serves as the chair of the Bachelor of Arts Department at the San Francisco Art Institute, where her teaching explores the relations of politics and aesthetics through critical examinations of style, embodiment, and desire. Her work has appeared in Textile: The Journal of Cloth and Culture and Working for Justice: The L.A. Model for Organizing and Advocacy.