EXTRA EXTRA! The League of F.A.M.E. week 1 results are in! If you have been following, you know from the video posts that Artforum Ads was the category drawn for week 1. The tallying began with the February 2013 issue of Artforum ceremoniously torn in half by The Commissioners. Then it was sifted line by line… 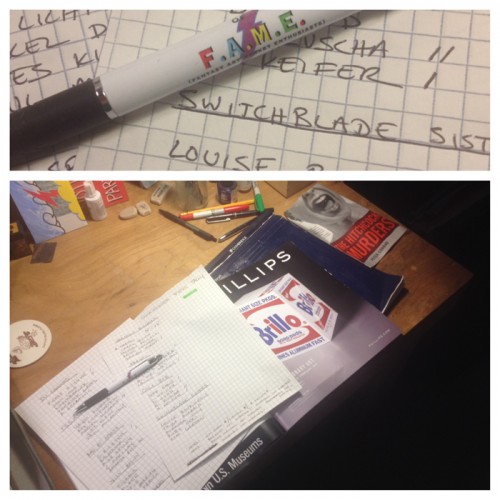 There were some standout artists such as Barbara Kruger, Robert Rauschenberg, and Kiki Smith who went unused, and could have had huge impacts on this week’s score. After all was said and done, COCO-BOB finished 1st with his lineup of “blue chippers” lead by all star Ed Ruscha. Two of the biggest performers, Louise Bourgeois and Andy Warhol, are both six feet under yet carried their respective teams to good scores. The final tallies looked like this: 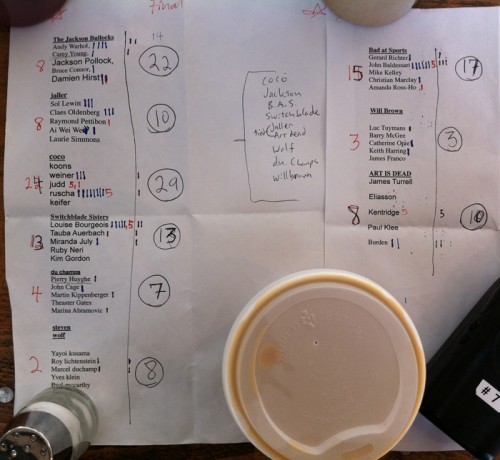 Below lists the winners, losers, and everyone in-between for the first week of the League of F.A.M.E.!

Stay tuned tomorrow for the video post revealing next week’s category, all the starting lineups, pickups, new controversies, and more! It’s the League of F.A.M.E.