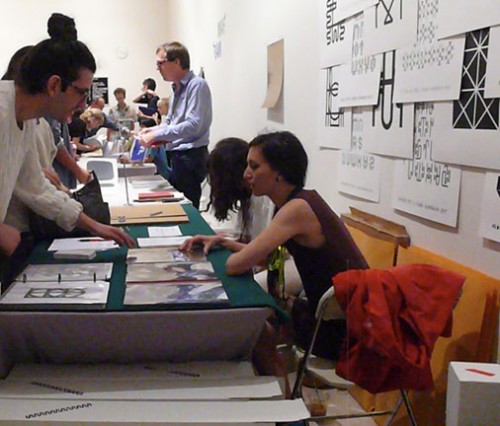 Tauba Auerbach explains her work to a potential customer. Behind her are some of her numerous posters.

Each year the Davids and Goliaths of the art world meet on neutral ground at the New York Art Book Fair, and for at least one weekend they put away their rocks and their swords.

According to Printed Matter (the show’s organizer) the four-day event draws about “25,000 artists, book buyers, collectors, dealers, curators, independent publishers, and other enthusiasts.”

The entire weekend is filled with book signings, live music, DJs, performance art, and frantic networking. It’s also common to run into old friends in the cafe, which is always packed.

This year San Francisco was represented by THE THING Quarterly (Will Rogan was named one of “the cutest bookworms at the fair” by the Gothamist), Hamburger Eyes, billy ocallaghan, the enigmatic CCOOLL and former/sometimes San Francisco resident and SECA winner Tauba Auerbach, who had her very own table this time. In past years Margaret Tedesco’s 2nd floor projects and Needles & Pens attended as well. 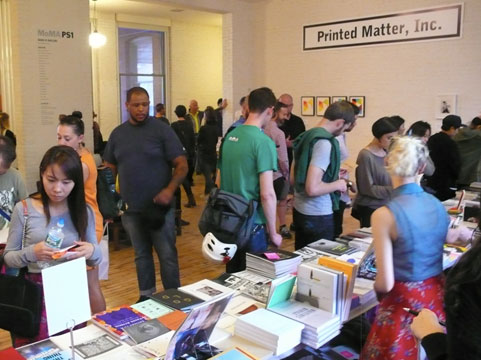 At the front entrance Printed Matter offered a variety of new, used, and rare books and publications. 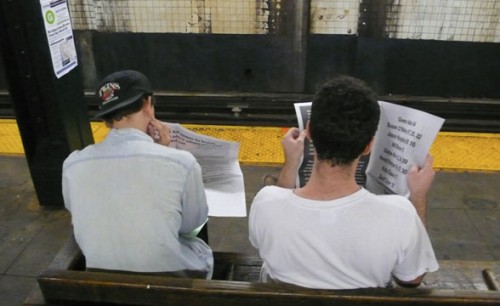 While waiting for the subway, two men were reading through THE THING Quarterly’s newspaper edition, Moment to Moment. 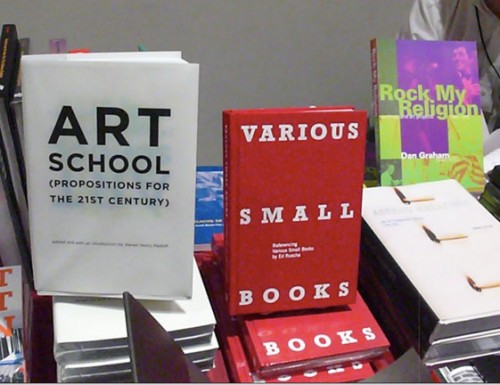 Books for sale at the New York Art Book Fair 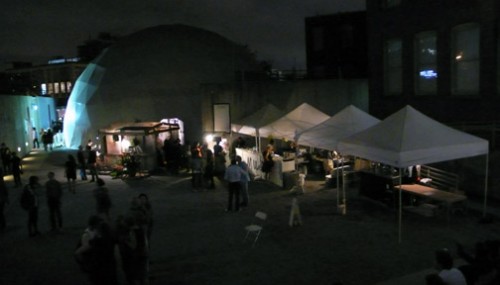 View from the PS1 cafe. The geodesic dome is host to all kinds of events and for the book fair small presses got to use the space. 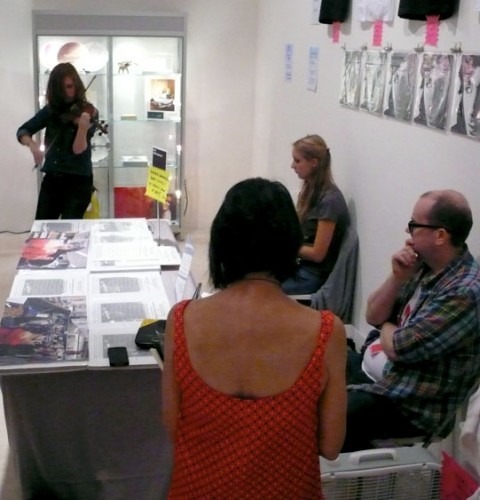 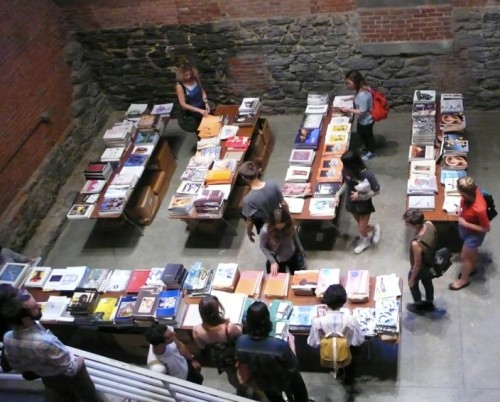 View of the basement floor from above 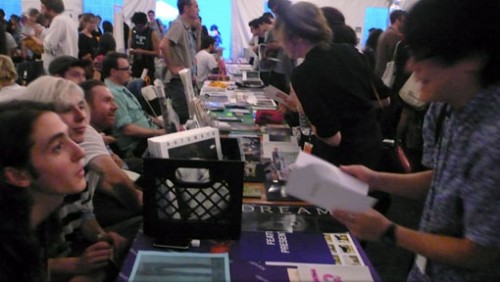 The small press and zine sections were by far the most packed in the fair.