For our regular feature Collection Rotation, we invite a guest to organize a mini “exhibition” from our collection works online. Today, please welcome local artist and writer Sarah Hotchkiss. 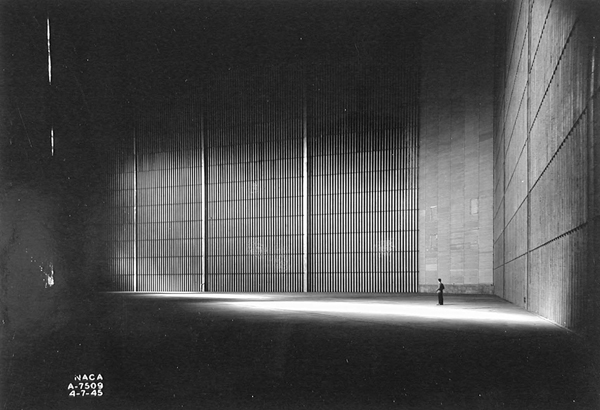 Mike Mandel and Larry Sultan, Untitled, from the installation Evidence, 1977

I recently returned to San Francisco from a trip to Vladivostok, Russia, otherwise known as the far eastern edge of the world. This small city sits nestled on the Muravyov-Amursky Peninsula between Japan, China, and North Korea, more Asia than Europe. Vladivostok was, and is, out of the way. At 6 a.m. in Moscow, it’s 1 p.m. in Vladivostok. It takes about nine hours to fly between those two time zones. In the late 1880s it took three to four months for mail to move between Vladivostok and the major Russian cities to the west. In 2013, several weeks after I mailed postcards from Vladivostok, I am still waiting for them to arrive in the United States.

Though I am familiar with the feeling of isolation that comes with travel in a foreign country, Vladivostok’s particular history and geographical setting make it all the more remote. In 1958 the Soviet government designated Vladivostok a closed city, adding it to a list of officially nonexistent military, industrial, or scientifically important sites. This means Vladivostok literally wasn’t on the map. The city’s name was omitted from road signs, railroad timetables, and addresses. Mail sent to a Vladivostok resident was directed to a nearby town, adding who knows how many weeks to the speed of Soviet-era correspondence. A Vladivostok resident required special permission to even leave the city limits, crossing through security checkpoints on the way in and out. And between 1958 and 1988, Soviet citizens seeking to relocate to Vladivostok needed security clearance from the KGB. Visits by foreigners were expressly forbidden until the city completely opened in 1991.

Today, Vladivostok is a sister city to San Francisco. Nikita Khrushchev liked to compare the two places. It’s true, Vladivostok is hilly, foggy, and coastal, three terms that could also be applied to San Francisco. But it’s hard to imagine a San Francisco shaped by three decades of isolation. The dislocation I felt in Vladivostok was of both time and place. (The many time zones my body passed though on my way there likely added to the confusion.) Was Vladivostok’s foreignness compounded by its years as a closed city or was I simply an American in Russia with a vocabulary of five Russian words and a rudimentary understanding of Russian history and culture mostly gleaned from Dostoevsky?

Looking back on my trip, I cannot possibly answer this question, but I do know I suffer the perennial ailment of those who travel: a hunger for more information about the places I went to and the people I met. The purpose of my visit to Vladivostok was the completion of a residency program for alums of the Far Eastern Academy of Art and the California College of the Arts. The former institution prides itself on preserving a realist style of painting that has since become passé in most opinions. The program’s official instruction in art history ends just around 1910.

The idea of a global contemporary arts scene does not exist in Vladivostok, where the Museum of Modern Art is the (impressive, but small) personal collection of a man named Alexander Gorodniy and where a city gallery crawl would consist of a visit to exactly one exhibition space. How can I represent my experience in Vladivostok, then, within the format of an Open Space Collection Rotation? Those lost years, when Vladivostok was cut off from the outside world—an extreme example of the Soviet Union as a whole—weigh heavily on me. There is no way for me to fully understand that kind of state control. 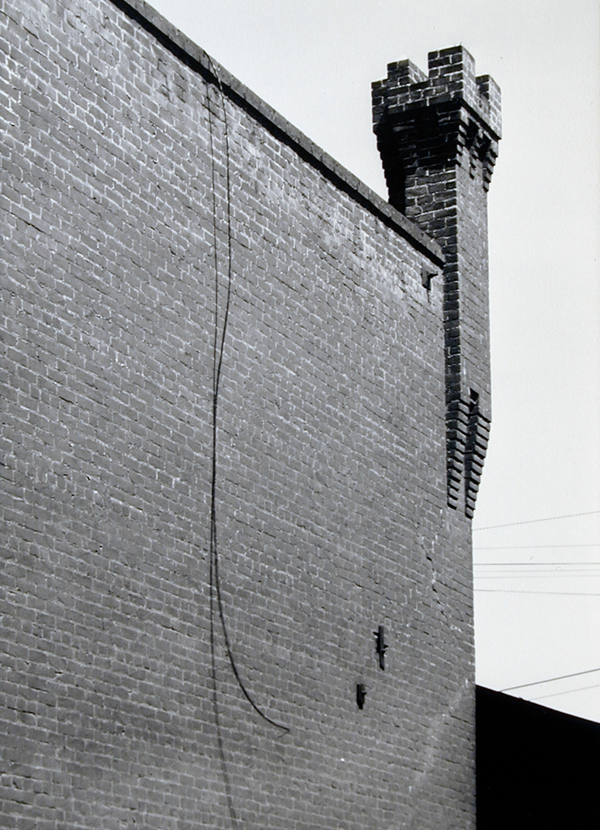 Knowing the close proximity of China, Japan, and even North Korea, compared to the vast distance between Vladivostok and Moscow, did the city’s residents feel like the last people on earth?

Mike Mandel and Larry Sultan, Untitled, from the installation Evidence, 1977

A view from nearby Russky Island, out over the Sea of Japan, must have been particularly lonely. 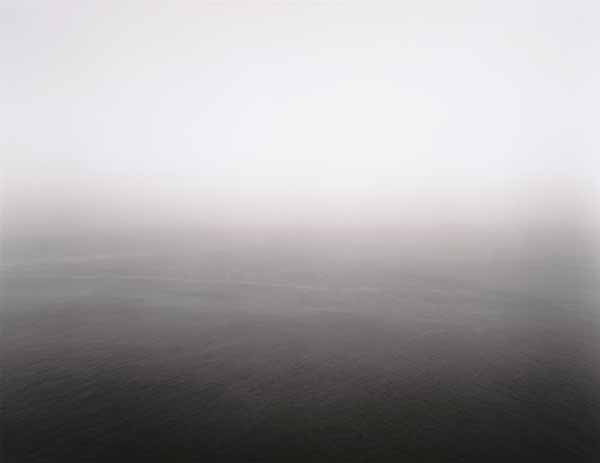 I worry about the mail. How many letters sent from family in Australia, England, and the United States never reached Vladivostok? How much writing failed to escape Soviet censors? 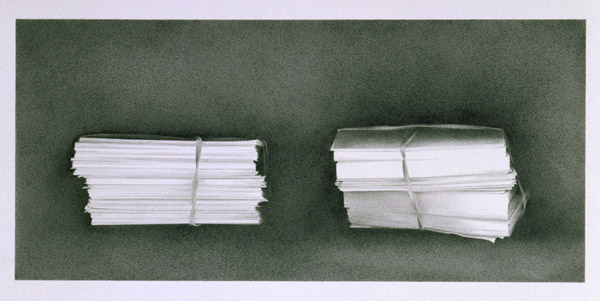 I think about the vast quantities of information available to residents of a free state and the speed at which life—and art—changes with access to this information. With a thirty-three-year pile of unread international news, is Vladivostok still trying to get up to speed? 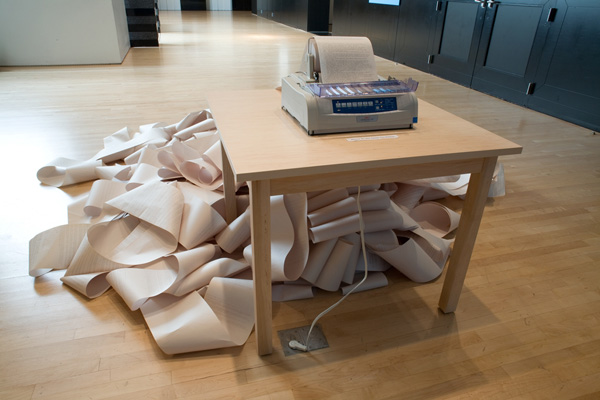 Or did the 1991 end of Vladivostok’s closed city status feel like a fresh start, a blank slate?

Did the world come rushing into the city? Was there an explosion of business, media, and travel? 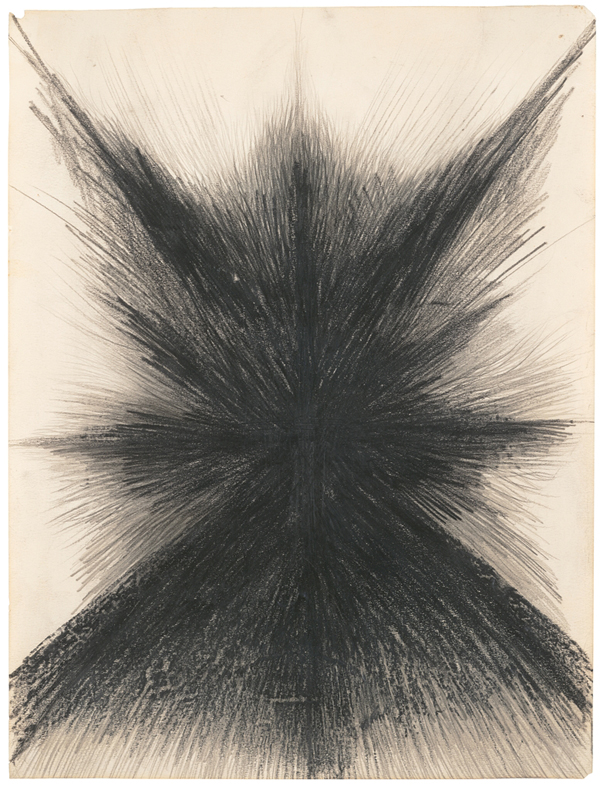 What could it be like to inhabit a place that didn’t officially exist? Across divides of time, language, alphabet, custom, and the Pacific Ocean, my conjectures remind me of Trevor Paglen’s photographic series on “black sites” and his own drive to figure out just what these places look like. 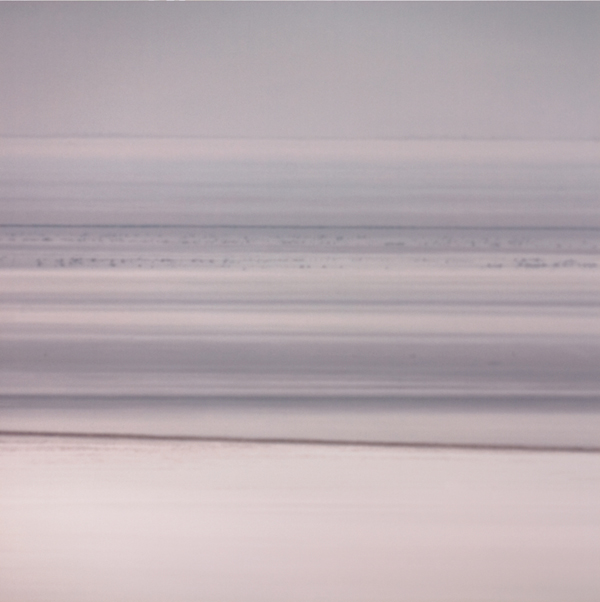 In trying to see what Vladivostok really was and is, the SFMOMA collection might not be the best place for answers—or so I thought. Then I found this book: 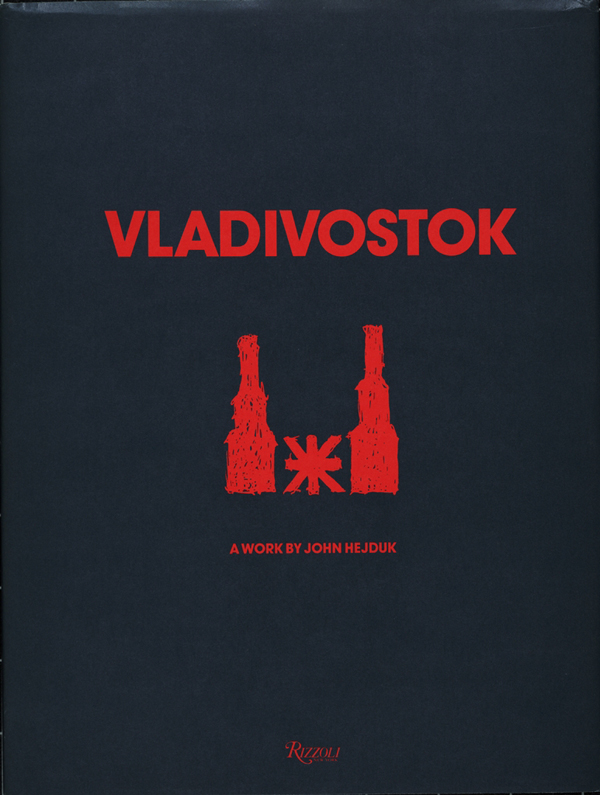 Written by architect and educator John Hejduk, the book includes architectural drawings from his ten-year journey from Venice to Vladivostok, or at least that’s what his bibliography on the Cooper Union website claims: “The projects include designs for such structures as The Museum for the Preservation of Icons, Buildings of the Informers, The Ministry of Culture, among others.” But like the real Vladivostok circa 1989, this book is locked away, inaccessible, another mystery of the archives. Hejduk wrote, “I believe in books and the written word, therefore I fabricate works with the hope that they will be recorded in books. I am pragmatic and believe in keeping records. I believe to record is to bear witness.” Maybe one day I’ll get a chance to visit this Vladivostok and flip through its pages for a better sense of that city’s past.

Sarah Hotchkiss is an artist and arts writer in San Francisco. She contributes frequently to the KQED arts blog, Art Practical, and Squarecylinder. Her artwork has been included in group shows in the greater New York and San Francisco areas, including Adobe Books Backroom Gallery, MacArthur B Arthur, and the Popular Workshop.