Our regular feature Collection Rotation. Each month a guest organizes a mini “exhibition” from our collection works online. Today, please welcome local comedian George Chen, who will be performing this Thursday night at SFMOMA, in the program A Funny Thing Happened on the Way to the Museum, 7pm in the Koret Visitor Education Center.

A lot of artists would have been great comedians. Maybe they already were, but their chuckle-factor was deemed subservient to their broader contributions to the culture. Maybe this is because there are fewer humor critics than art critics. Technically everyone is a humor critic, having the capacity to identify funny, so you’d think it was a level playing field. These pieces may not elicit pure LOLs but perhaps their interaction with other pop culture phenomena will produce a giddiness of recognition.

One of my favorite pieces in the museum is Duchamp’s Fountain. It is the most striking example of found objects becoming art merely by re-contextualizing it as such. It also speaks to the potty humor that I have never outgrown. 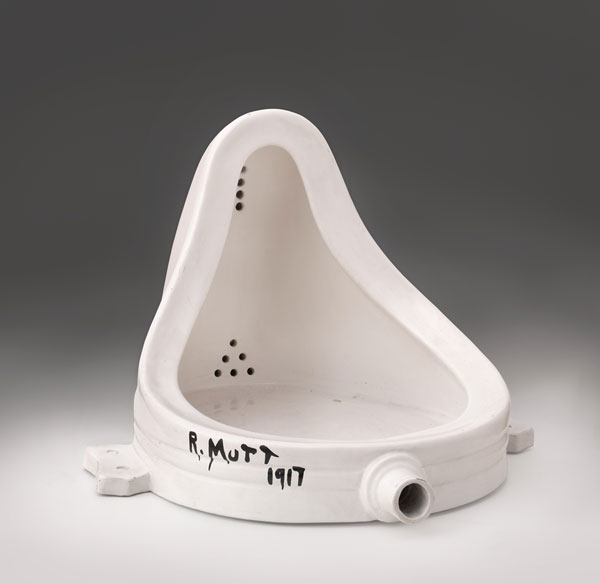 I’m such a fan that I drew this image around 2005 and made a small run of T-shirts paying tribute to the crossing streams of DaDa and bumper stickers. 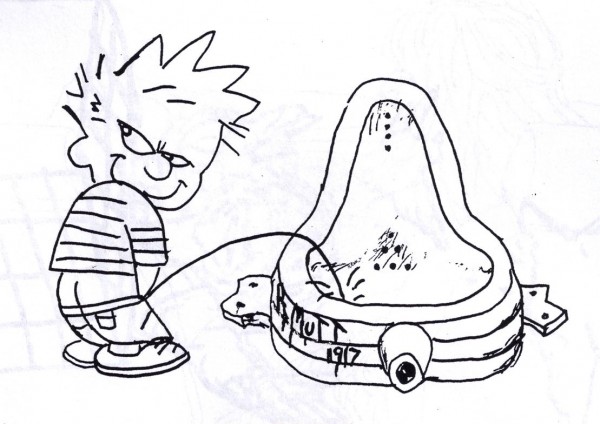 I had become somewhat obsessed with the Calvin peeing phenomenon. The bumper sticker image was a bit of copyright violating folklore that managed to avoid the cease-and-desist arm of the Bill Watterson machine. I like to think that folklorist Alan Dundeswould appreciate the variations on this territorial pissing game. There’s a wide range of logos and concepts for Calvin to pee on, from terrorism to local high school football teams, including more meta-realizations of the phenomenon like a repentant Calvin praying for forgiveness for his urinary transgressions and a feminized Calvina taking a coy squat pee. 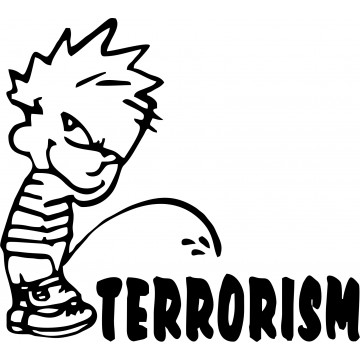 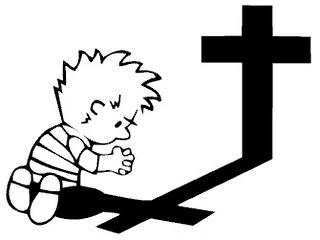 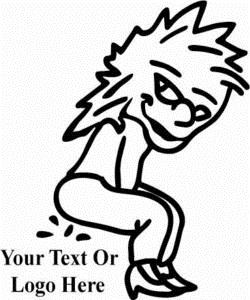 Like the morphing Calvin image, Fountain as a readymade object began its life as a kind of reproduction. The readymade original was lost and the version at SFMOMA was produced in 1964. The Calvin peeing phenomenon also wrests an image away from authorial intent (Watterson’s) and is transformed into a meme of pure simulacrum.

I wandered into an exhibit of Gordon Matta-Clark’s in 2007 at MOCA in LA. I was not prepared for it or given much backstory, but felt a personal resonance with the show. I would call myself a fan, though I rarely hear that term used with artists. Fandom implies an uncritical love. I’m okay with that. Matta-Clark was really into puns; built a community art restaurant; bought and documented unwanted strips of property; and, most famously, cut holes in buildings. 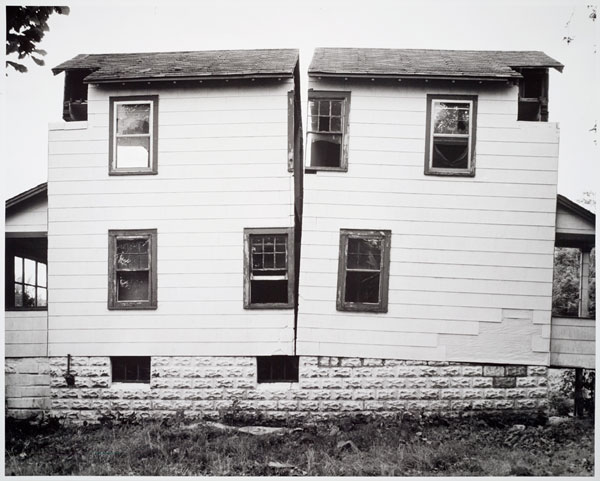 You would have to assume, especially when looking at Splitting,  that somewhere along the way Matta-Clark had seen the great silent film stunts of Buster Keaton and Harold Lloyd.

Matta-Clark’s 1973 performance Clockshower, in which he bathes and grooms while suspended on a giant clock face, is actually an astounding piece of physical comedy.

I also like to conjecture that Matta-Clark influenced the film version of the X-Men.

I remember seeing Tony Oursler’s video projections as a teenager and being amazed not only at the technical wonderment of the tiny projectors but also at the contorted faces being projected and the twisted mind creating these scenarios. You can project any face onto any object, but he chose a cruel, torturous position for a suffocating man and still made it super funny. 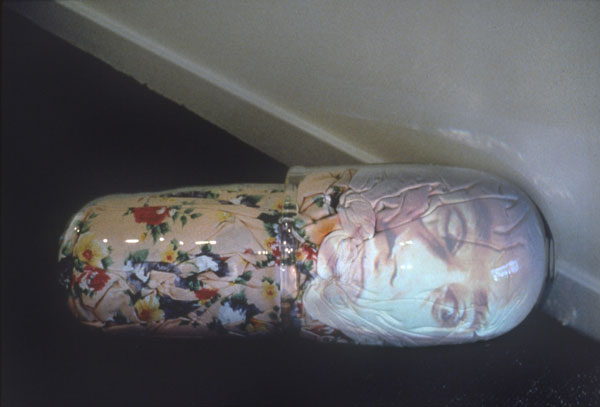 Asphyxiation is like a haiku compared to the massive stuff that Oursler would make only a few years later.

I saw his The Influence Machine in New York in 2000 with its spectral tree and fog projections. The piece rang with authority at The Wizard of Oz magnitude, including a giant hammering fist projected onto a building. It also has the bonus of sound design by avant-garde music legend Tony Conrad.

The pleasure in watching The Way Things Go is comedic in its own way – so much of it is in the timing. It maintains suspense, but has the lulling cadence of a shaggy dog story, like a very long winded version of  “The Aristocrats” mimed with props. In stretching durational goodwill, there is enough down time for the viewer to ask “how long did it take them to come up with that,” as well as “how long does this keep going?” 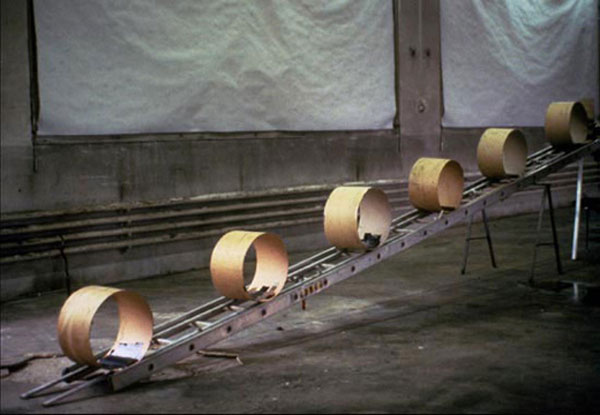 I can picture Fischli and Weiss during their research and development phase, trying out multiple chemistry experiments a la Walter White and Jesse Pinkman: tweaking formulas, workshopping, and taking the familiar everyday object and turning it slightly on its head. How many chemical spills and wayward fires had to be put out to achieve this end result which, like comedy, exhilarates until it vaporizes, leaving nothing in its entropic wake but a mess for someone else to clean up?

George Chen is a musician, writer, and comedian based in the East Bay. His comedy series Cynic Cave takes place every Saturday at Lost Weekend Video  and he has performed at USF, The Downtown Independent Theater in LA, on a moving bus, and at San Francisco Sketchfest. He runs the record label and website Zum. http://georgethechen.tumblr.com