“Owner of the gallery and sponsor of the happening is W.O. Thomas Jr., ex-cable car gripman and self-taught painter and sculptor. He spent two years preparing the event, having completely redecorated the ground floor level of a Victorian house in the heart of the ghetto […] Although the showing at the BlackMan’s Art Gallery represents but a small fraction of black talent in the area, its impact more than makes up for its size. One cannot view this art and walk away untouched.” —“The Black Man’s Gallery,” Urban West, November/December 1967, vol 1, no. 2 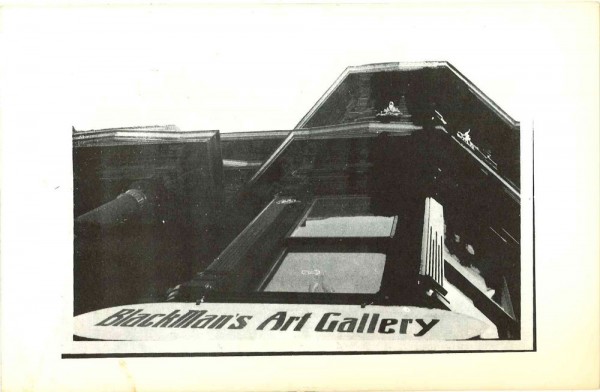 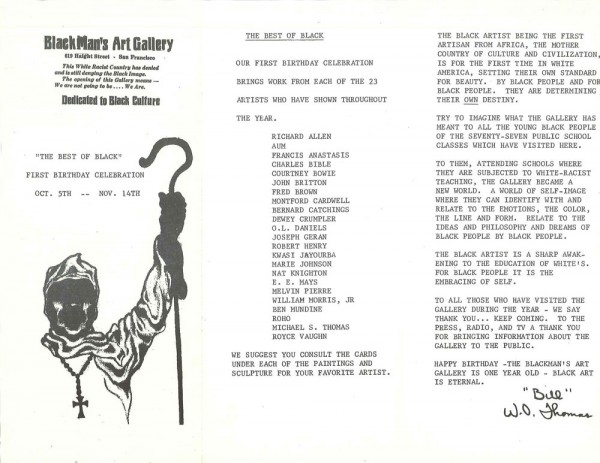 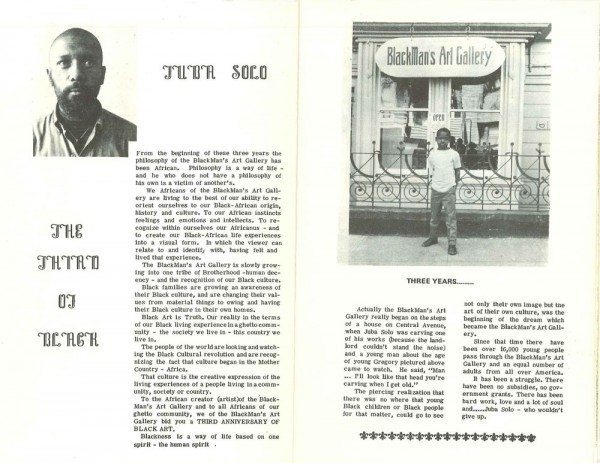 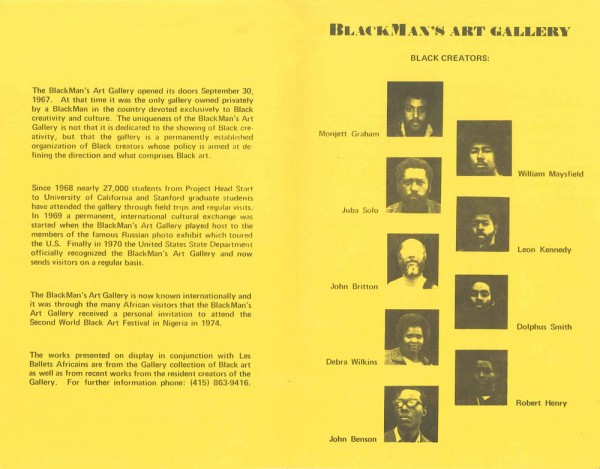 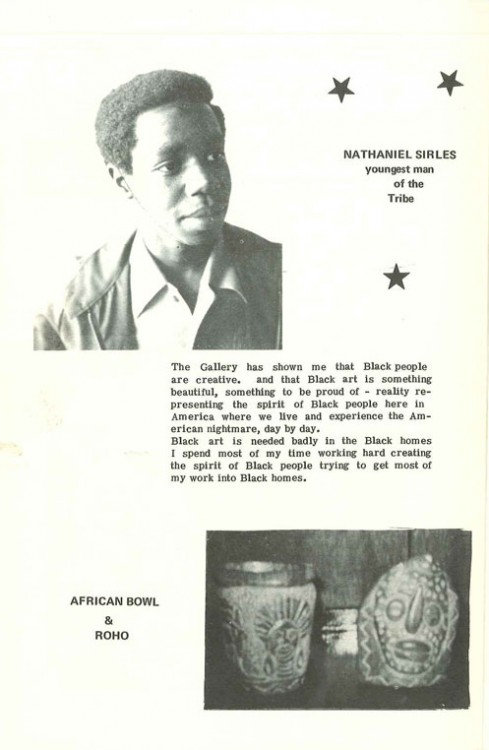 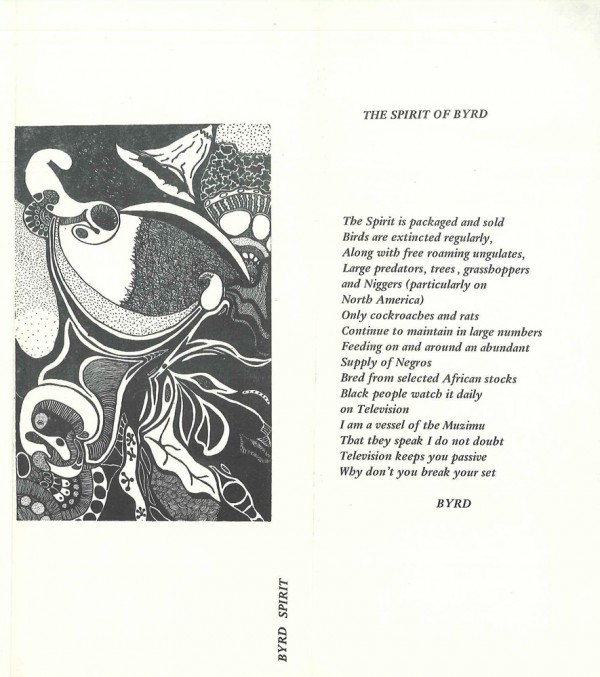 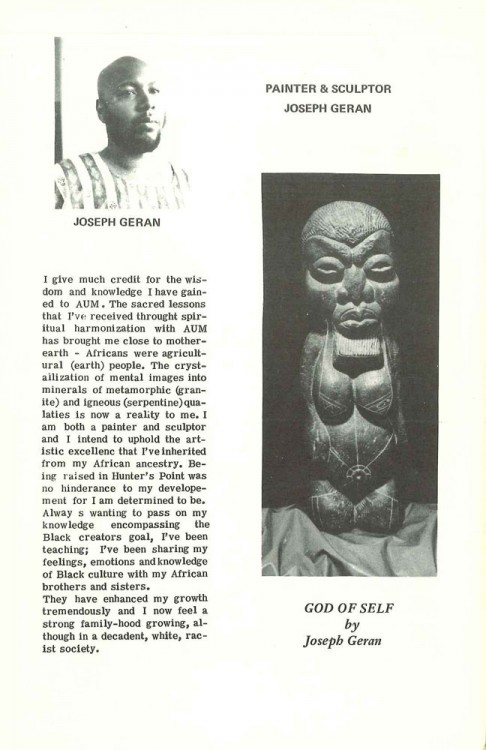 “BlackMan’s Art Gallery was founded and directed for the seven years of its existence (1967–1974) by Juba Solo (William O. Thomas, Jr.) and his wife, Robin R. Thomas. The gallery was initially located at 619 Haight Street for the years 1967–71. It was relocated to a Victorian house, 325 Haight Street, in 1971 and remained there until closing in 1974.

BlackMan’s Art Gallery began as an outlet for expression of the Black inner experience. The gallery at the time it opened was the only one in the country owned privately by a black man and devoted exclusively to Black creativity and culture. The gallery exhibited works by artists that were “expressions of life experiences.” In part, the gallery was a response to white, European-oriented galleries and museums in the city. It strove to define the direction of Black art as distinctly different from the European style. Moreover, the gallery sought to promote racial awareness and pride. The gallery’s statement: This White Racist Country has denied and is still denying the Black Image. The opening of this Gallery means—We are not going to be…We Are.”