Little Joe, Lena Dunham, and a Lapdog: A Visit to the LA Art Book Fair

“Los Angeles is not a city, but a series of suburban approaches to a city that never materializes.” So writes Gavin Lambert in The Slide Area. Lambert’s underrated 1959 novel kept me company on my most recent foray to LA, for the LA Art Book Fair. Say what you will about Los Angeles, its vulgarities are endearingly familiar—with each visit, it seems less and less pretentious and obscene than tech-addled San Francisco. Though we have our antiquarian and anarchist book fairs and library book sales, its hard to envision such an overwhelmingly well-attended gathering in honor of creative printed matter here in the land of the Kindle. 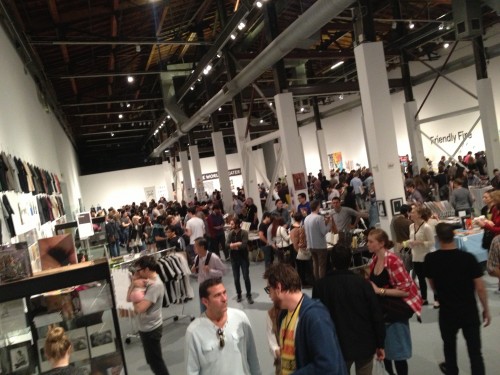 The “Zine World” subsection of the LA Art Book Fair.

The Art Book Fair is a free event. Both of the days I attended, I was drawn like a magnet to the “Zine World” subsection of the fair. There, I found former SF resident Edie Fake at one table, selling new self-published works such as Sweetmeats (issue #2 of which has witchy powers), as well as copies of her visionary graphic novel Gaylord Phoenix. When she isn’t creating revelatory works with a distinct, dynamic look, Edie works at Quimby’s, a Chicago zine and book emporium similar to SF’s Needles & Pens. The latter’s table at the fair was doing brisk business when I stopped by to pick up a new copy of Sy Wagon’s Those Fucking Unicorns, a diminutive comic that packs a potent sexual punch. Sy will be showing new paintings at an anti-Valentine’s Day show at Sub-Mission this Thursday. 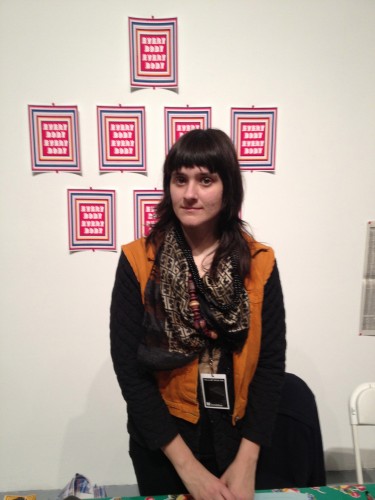 The main motivation for my visit to the fair was the publication of issue number four of Little Joe, London-based Sam Ashby’s handsomely-designed collection of words and images dedicated to “queers and cinema, mostly.” I interview Mike Kuchar within the issue, and Sam couples the text with stills from Mike’s “pictures,” as well as some awesomely lusty drawings and a comic book, also by Mike. Along with Bradford Nordeen of the New York screening series Dirty Looks, Little Joe presented a pair of screenings at the fair, including a bouquet of short videos by Mike. On the fair’s last day, one customer at the Little Joe table was Lena Dunham of Girls fame, so I had the wry pleasure of knowing that “the voice of her generation” (per the cover of Entertainment Weekly) would be reading my words. 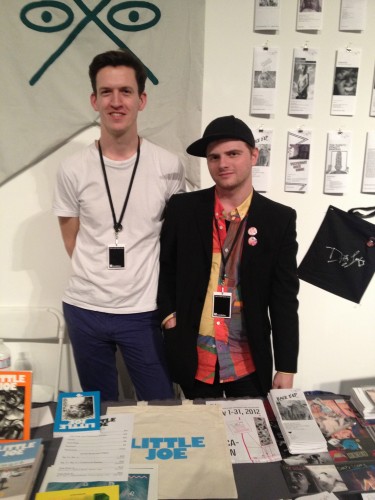 Another reason for attending the Art Book Fair was to check on the progress of A Diva’s Lapdog, a zine I made in 1998 that I reprinted for Margaret Tedesco to sell at her [2nd floor projects] table. A Diva’s Lapdog is a biography of Maria Callas, penned or pawed by the poodle who knew her best, her pet dog, Toy. To quote from the book’s inner jacket copy: “Dynamically illustrated, A Diva’s Lapdog discusses the close bond between Callas, gay men, and poodles; Callas’s mistreatment by newspapers and wars with operatic patriarchs; and Callas’s unique philosophies regarding work and performance.” By the end of the fair, the zine had sold out, and Printed Matter in New York and Ooga Booga in Los Angeles had asked to carry it. Not bad for one little poodle. 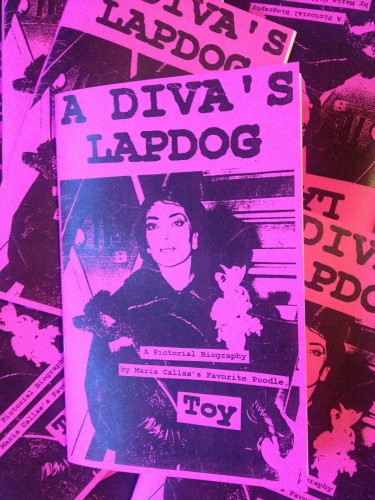 The latest print edition of A Diva’s Lapdog in all of its glory.

While the LA Art Book Fair has come to an end, one local aftermath bonus is that it’s attracted Bradford Nordeen of Dirty Looks to California for an extended visit. This weekend, the Dirty Looks road show brings a pair of screenings to town. On Valentine’s night at SFMOMA, “Yesterday Once More” showcases work by Zackary Drucker, Mariah Garnett (whose Encounters I May or May Not Have Had with Peter Berlin I can’t wait to see), Chris E. Vargas, and Matt Wolf, the director of the tender Arthur Russell documentary Wild Combination, who’s sharing a short work devoted to Joe Brainard. The next evening brings “Pickle Surprise! The Films of Tom Rubnitz,” at Artist’s Television Access. Be my bloody valentine and make it to both events. 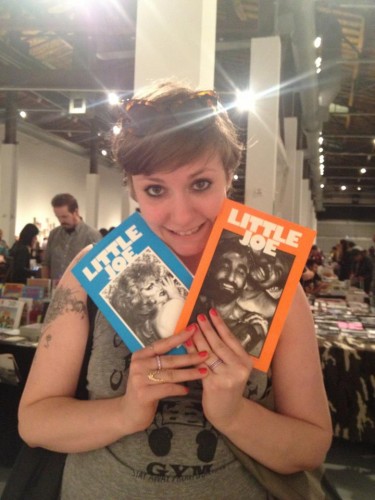