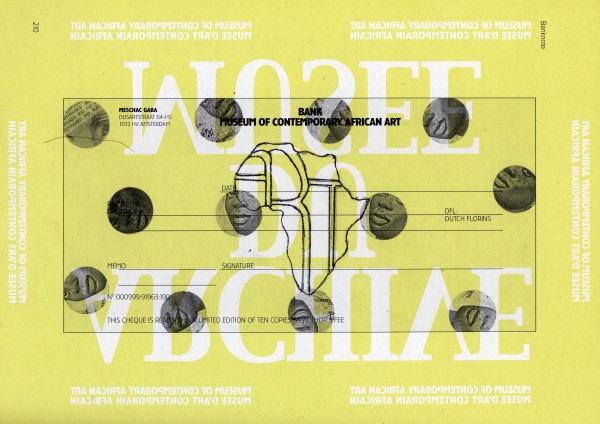 The Museum of Contemporary African Art was conceived in 1997 by the artist Meschac Gaba, born in Cotonou, Benin, during his studies at the Rijksakademie in Amsterdam. Comprising 12 “rooms,” Gaba’s museum was articulated in 12 individual exhibitions across multiple locations in the Netherlands, Belgium, France, Germany, and elsewhere over the course of several years. Contentiously, the artist’s museum focused on commerce and playful activity — departments supposedly marginal to a museum’s primary purposes — over exhibition; one room of the museum served as a scenario for Gaba’s wedding, which took place at the Stedelijk Museum in Amsterdam in 2001. 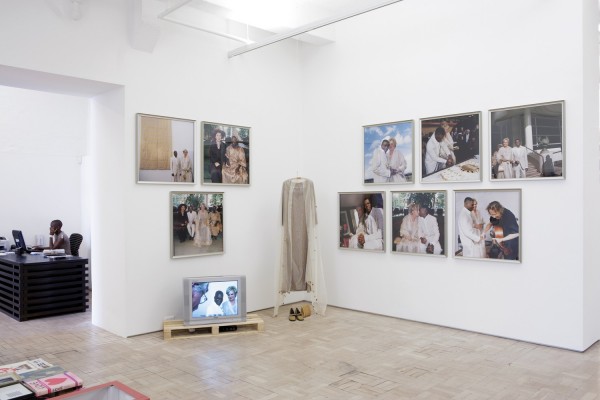 Notoriously Gaba had been denied a place in the landmark “global” exhibition Magiciens de la Terre (Centre Pompidou and Parc de la Villette, Paris, 1989). That exhibition’s curator, Jean-Hubert Martin, felt Gaba’s work at the time (abstract painting with African bank notes) was “too conceptual,” and therefore not authentically African. (This is Gaba’s version of the story, anyway.) As if responding to Martin’s provocation, Gaba imagined his museum as both virtual and nomadic, in place of a museum of contemporary African art that did not otherwise exist; this post-colonial museum would be located in the borders, translations, circulations, and exchanges between Europe and Africa. So, too, would it be salon and clearinghouse for Gaba’s inventive and defiantly impure objects: bank-note pendants and coin rings, dismantled fashion, architectural models, paintings, game tables, and gilded casts of chicken legs. 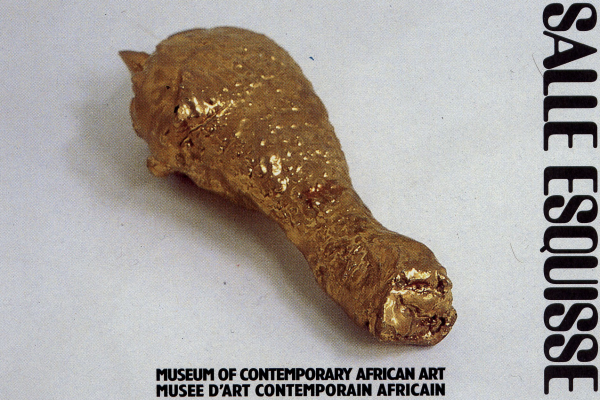 In a 2001 interview, museum director Chris Dercon (sounding rather exasperated) told Gaba, “[Y]ou yourself are creating a structure you already know will never be able to exist, and which you don’t want to exist!” Gaba’s sanguine response: “It’s not a model to imitate. For me, it’s only a question.” 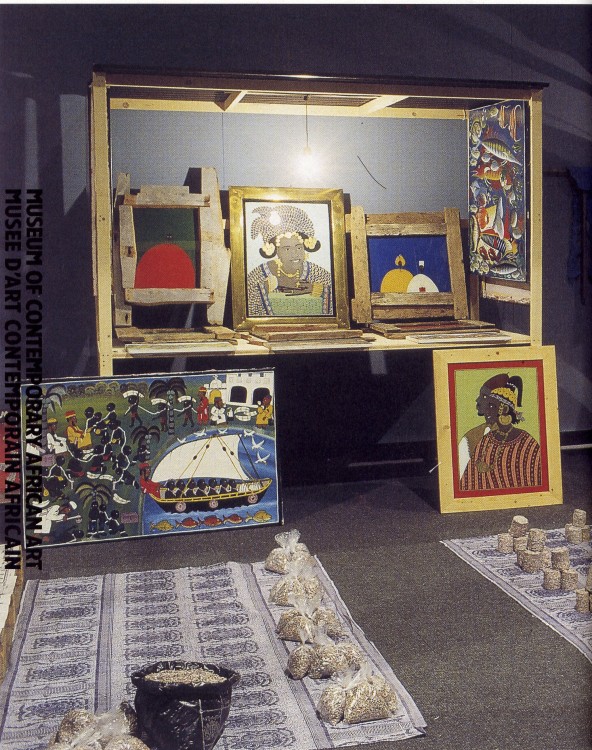