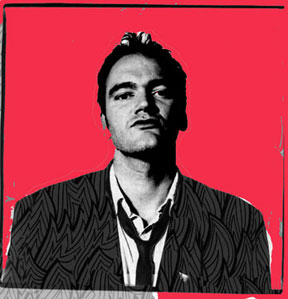 In case you missed it, Terry Gross had a meltdown the other day when she interviewed Quentin Tarantino for Fresh Air. Judging from all the harsh comments on the NPR website, I’m not the only one who thought something weird was going on. But hey— who could have guessed that making a violent movie about an ex-slave getting revenge on white people would freak anyone out?

First she tried to link the recent death of the 20 children and six adults at Sandy Hook with movie violence. In the process she implied he was partly to blame because he depicts violence in his films. Then she asked how he felt about those killings and put him in a very awkward position because the interview was supposed to be about his new film, Django Unchained.

But Tarantino rolled with it, saying he didn’t see the connection. Instead of accepting that answer, Gross became strident, pestering him about his personal history so she could “figure him out,” I guess, and expose him as a secretly violent person or something. It was almost as if she was trying to get him to confess to her that he liked to see people die.

What she missed, of course, is that Tarantino’s films almost always play with violent historical contexts, counterfactual or not. It’s called fiction. I would even say that Tarantino’s films are as much studies in the aesthetics of violence as they are anything else. To miss that is to miss what he does as an artist. Reservoir Dogs, for example, is essentially a study in male brutality and how it plays out in groups. I always thought someone could use it in a classroom setting to teach about the psychology of violence. In that way it resonates with other works like Yukio Mishima‘s The Sailor Who Fell from Grace with the Sea or the Marquis de Sade‘s Justine, where everyone becomes corrupted in the end, no matter how hard they fight against it.

Movies are about make-believe. … I don’t think there’s any place in a movie for real death. 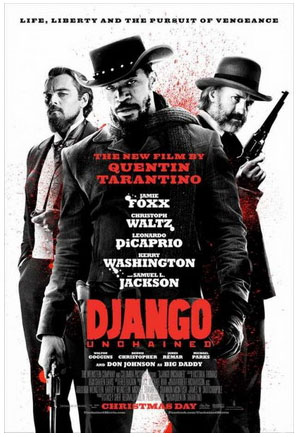 Yet it didn’t end there. She even started asking about his sexuality, which was too weird to discuss here. Then she peppered him with questions such as if he would enjoy watching a violent film right after the shootings of all the children. She asked if making violent films was any “less fun” after such a massacre.

Then she paused and then, laughing, said, You sound annoyed?

He replied, Yeah, I’m really annoyed. I think it’s disrespectful to … the memory of the people who died to talk about the movies. Obviously, the issue is gun control and mental health.

She also implied his depictions of violence were immoral, which I’ve never heard in reference to, say, drone who drop bombs on innocent people. Yet she said it to him here:

GROSS: So there’s a lot of violence in your movie. Slaves are being whipped and tortured, slaves forced to fight to the death like gladiators, lots of shooting and splatter. So what are your — how do I put this exactly? — what are your limits for, like, what’s your sensibility for how much splatter, how much violence, how much sadism feels like right, like it’s part of the genre, like there’s a certain, like, style to it that you’re trying to express? And what’s going to the point of, like, past where you want to go, to the point of, like, revulsion and exploitation to, you know, to a degree that’s just — I don’t want to use the word immoral but just, you know, bad?

In her defense, Gross was still clearly affected by the Sandy Hook slayings and might have just happened to have Tarantino on her interview schedule. The tragedy took a huge toll on a lot of people, and it’s understandable to want to hold someone accountable.

But why attack an artist? Why not get members of the NRA or CEOs of bullet manufacturing companies on the air? Ask them how they feel when their ammunition is used to kill children? Why not put their feet to the fire?

Because of the meltdown, NPR’s audience missed out on the chance to hear from Tarantino, who wrote, directed, and acted in the film. Having also written, directed, and acted in Reservoir Dogs, Pulp Fiction, and Inglourious Basterds, that makes him an American auteur and definitely worth hearing from. About Django, he pointed out:

There haven’t been that many slave narratives in the last 40 years of cinema, and usually when there are, they’re usually done on television, and for the most part … they’re historical movies, like History with a capital H.

So Django may be controversial, but is it a bad film?

Perhaps to some. In the Wall Street Journal online Ishmael Reed explains how much he didn’t like the film — in 1,551 words. Spike Lee said it was disrespectful to his ancestors and that he would never see it. Terry Gross clearly didn’t get it either.

On the other hand, Touré of MSNBC said:

What else is a slave to do with the author of his evil? This is righteous violence in the service of moral justice and in the service of love. What’s more romantic than a man who’ll slog through hell to rescue his woman?

So, is it a bad film? The truth, it would appear, is complicated, or at least generational.

However people feel about it, one must admit that just making a film like this film was a huge risk. Much riskier than even his bold Inglourious Basterds. As daring as Basterds was, there have been countless films made about the Nazis and about the Holocaust, and as such there is a vast cinematic vocabulary from which to draw upon. When it comes to slavery, however, people are still fighting over who has the right to even tell the story. That question of who gets to control a narrative is the central part of the modern intellectual dilemma.

Because of all that, Tarantino has managed to provoke a lot of discussion. We can now ask, for example: can white Hollywood continue to make films like The Conspirator or Lincoln, which have only a few, minor black characters in them? If Tarantio can make Django, maybe now it’s possible to tell the story more fully. Omitting major black characters from films about the Civil War or the Emancipation Proclamation just won’t fly now.

Who would dream of making films about the Holocaust but never having any Jewish or Russian characters? At least Django the slave becomes Django the hero. And as Touré said, he literally goes through hell to rescue the woman he loves. His character is fictive, but his story is ancient.

In a conversation with Charlie Rose last week, Tarantino said he rewatched all eight episodes of Alex Haley’s Roots. He told him about how at the very end of the last episode, the main character is given the cruel slave master tied to a tree. With a whip in his hand the main character is expected to whip the hell out of the evil man, but he doesn’t. He doesn’t seek revenge because he feels he would be just as bad as the slave owner.

Tarantino remarked how absurd that ending was and that it was unfair to have all of those generations of characters go through slavery and when given the chance to get closure, they didn’t get it. Tarantino is a serious student of cinema and felt the audience got shortchanged by that ending. But I wonder how well a film about slaves getting revenge would have been received in an era when white people were still afraid of the Black Panthers. Maybe now, in the age of Obama, moviegoing audiences can handle it without freaking out like Terry Gross did?

In Django, of course, the main character whips, shoots, and stabs slavers and overseers again and again, getting symbolic closure for himself and for others who, while they would never be violent like that, could at least feel some kind of cathartic pleasure from seeing something that is almost never shown in film. In that sense Django does become Siegfried, and he does become Spartacus, two heroic figures that at least Western and white audiences can understand. As I mentioned earlier, it appears we are experiencing a tide of films revisiting the topic of American slavery, but so far it’s been mostly white filmmakers communicating to white audiences. That’s a huge story in itself. Terry Gross missed all that, and it’s too bad.