Receipt of Delivery: The Six 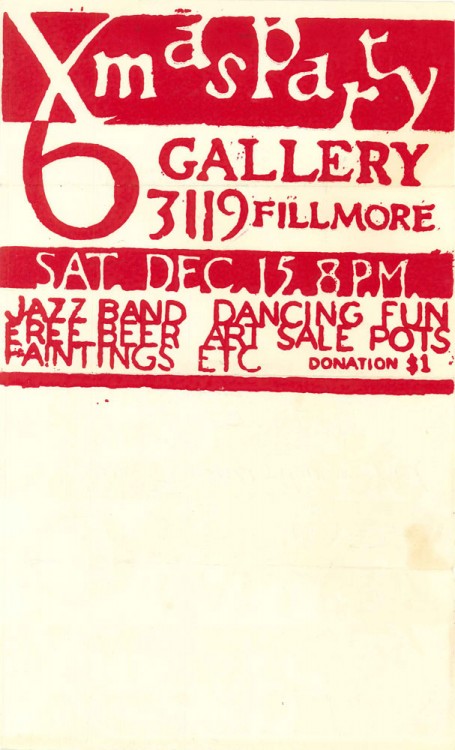 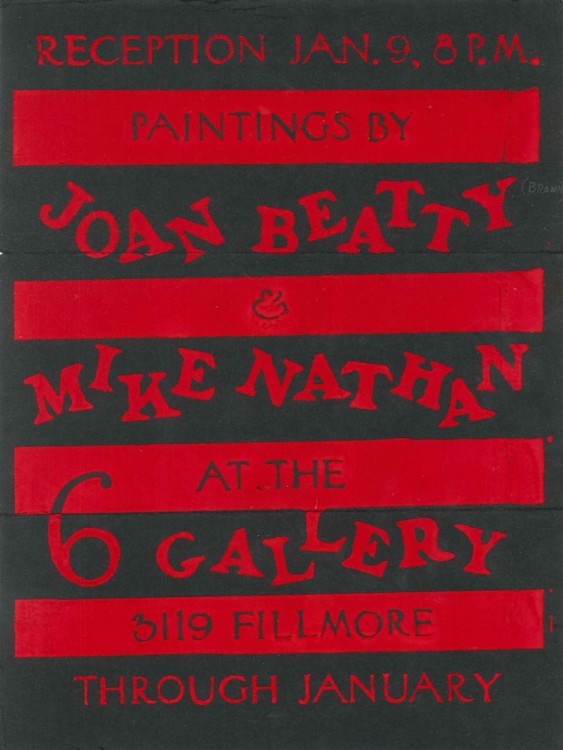 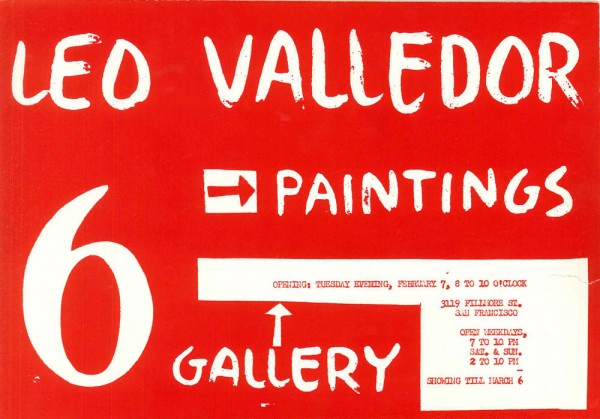 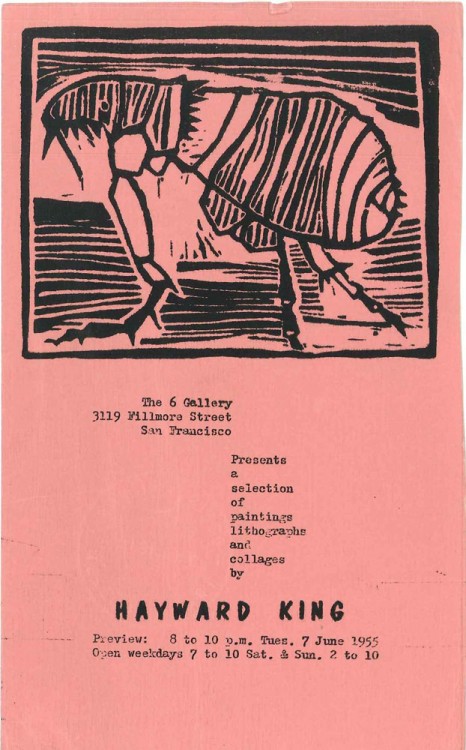 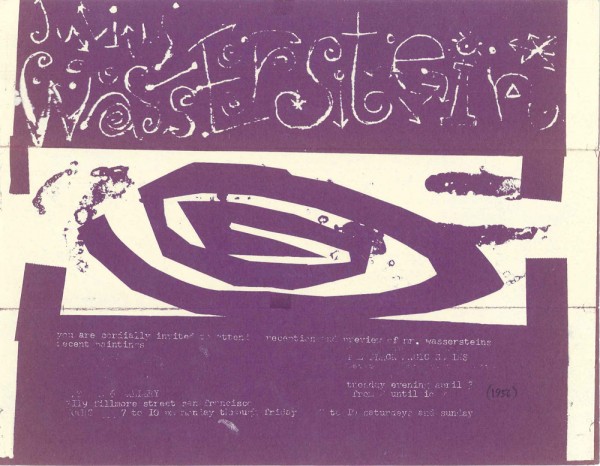 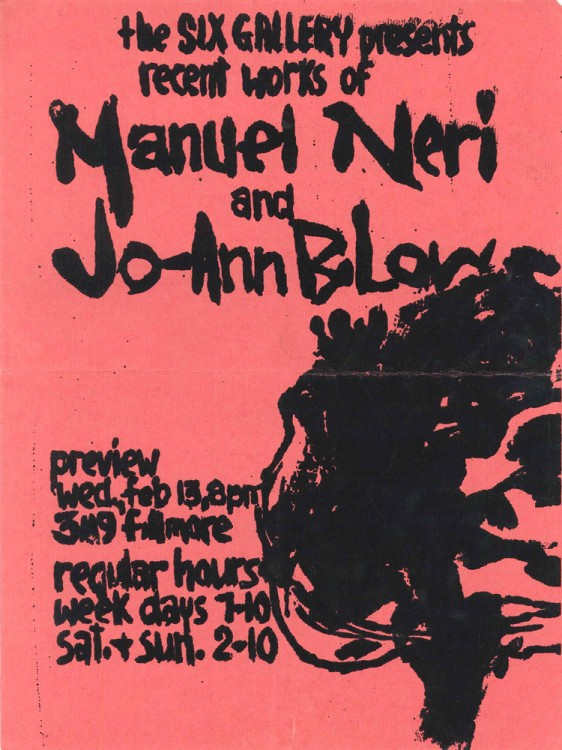 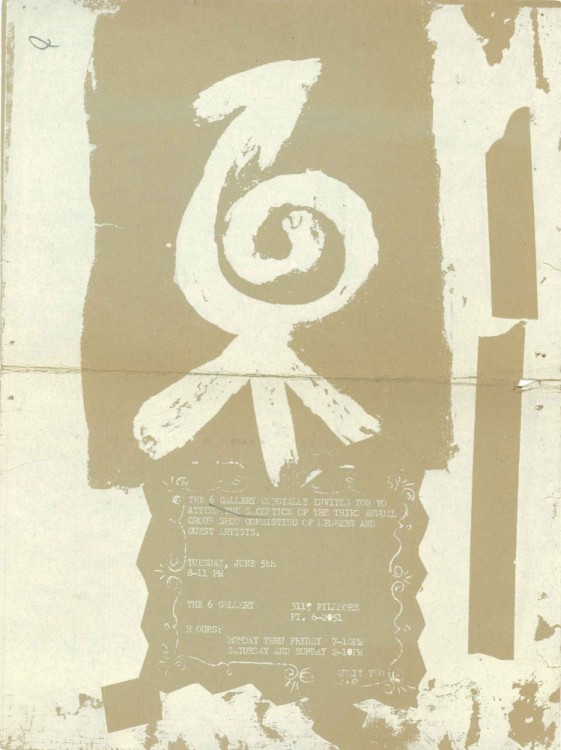 “The Six Gallery was established in September 1954 with the intention that there might exist in the San Francisco area some outlet for the works of local artists who had heretofore been met with varying degrees of indifference, disinterest, or hostility by the larger commercial galleries and museums of art, where the concern seems to lie less with local, contemporary artists, than with others who have perhaps already established themselves.

“It is not the gallery’s intention to adhere to any single ‘school of thought’ in the arts. While maintaining a certain standard of quality, its main intent is to show those works which are alive, thought-provoking, and hence, creative. It is able to do this because it is willing to exhibit the mistakes and the blunders, which inevitably form a proportion of a creative body of work. It has been our observation that other outlets for the visual arts are afraid to take such a risk.

“It is the gallery’s concern that the public be exposed to those ideas that are growing up around it, perhaps even because of it. It is felt by all members that the gallery exists, not to shock or to please, but to expose. The nature of the public’s reactions is of interest, but of little concern to the Six. The immediate ideal has been attained, if it can perceive a reaction, alone.

“Similarly, the Six is interested in the reaction of critics, but places more trust in time and perspective, which appear to be more reliable agents in determining the distinction between painting and art.

“The gallery is supported and maintained by its membership, people who, be they participating artists or not, believe firmly in the gallery’s purpose, and are willing to give generously of their time and money in order to see the gallery persevere and expand.