Receipt of Delivery: Mark Thompson and the Honeybees 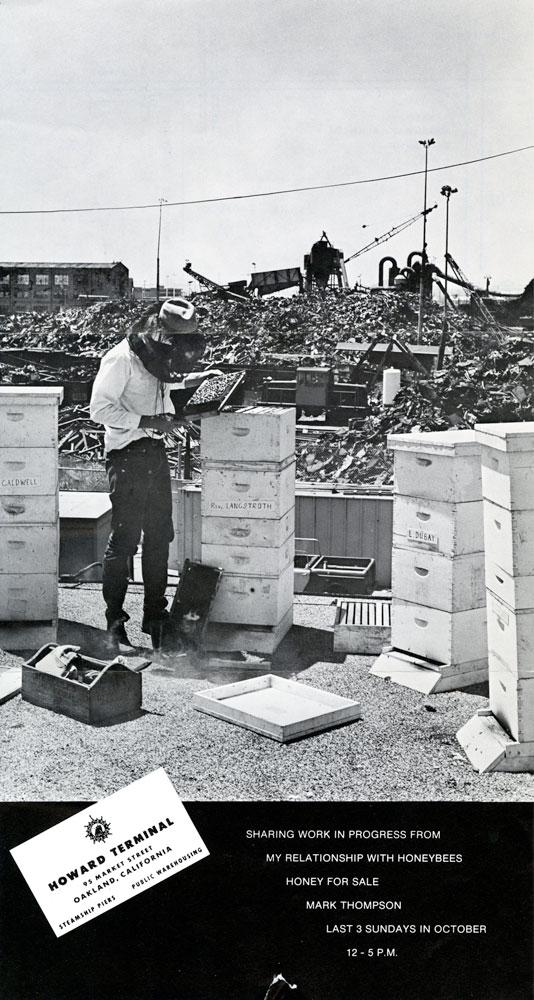 “I began tending honeybees as preparation for a performance/film project called Immersion [1973–76]. At the time the 16mm film was a natural extension of my sculptural site investigations with moths, wild bees, living systems, harvesting and decay cycles, weathering and erosion processes — all the projects in one way or another involving a human intervention, gesture, or residual trace […]

“As a sculptor, the Immersion film was a way for me to visually explore the unique spatial qualities of the honeybees in flight — this curiously fundamental particle space and energy field created when thousands of bees are mingling in the sky. The most visually striking moments in the film occur when my head is immersed in this particle space and the swarm of some 40,000 honeybees slowly covers my contours, obscuring my face in about 50 minutes — the film ends in a still life. Probably when most people were watching the film, the psychological intensity of my dark silhouette against a clear sky was one of the strongest experiences. For me — my attention was riveted to the eyes. They were a visual semaphore within these instinctual fields — a site of convergence between my uncontrollable, reflexive instincts to close and protect my eyes, struggling against my will to perceive by forcing my eyes to stay open — all happening with the larger, behavior instincts of the honeybees to cover the queen resting in my hair and, in turn, my face. This curious, flickering threshold of reflexes, instinct, perception, and will. Somewhere in all of that is my sense of organic logic.” —Mark Thompson (in conversation with Howard Fried, New Observations, Fall/Winter 2000 issue, eds. Mark Bartlett and John Roloff) 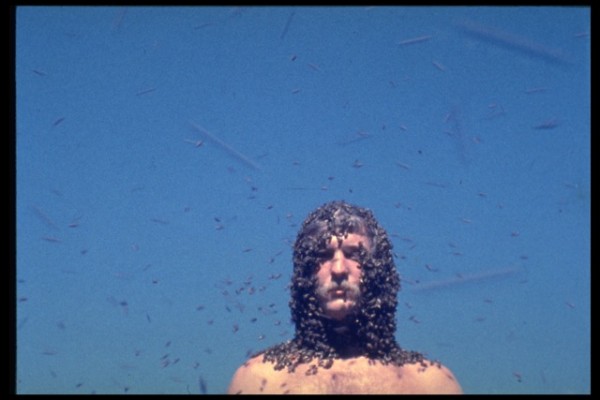