On Finding Barry McGee in Brooklyn 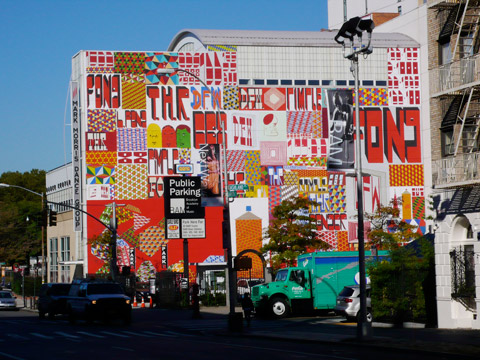 In case you haven’t heard yet, a new Barry McGee mural was just completed in Brooklyn. It was commissioned by Vanity Fair and kicks some serious ass. The mural adorns a 100-foot wall on the Mark Morris Dance Center in Fort Greene. It is refreshing because it does not pretend to be a site-specific community mural, as so many murals are these days. Instead of making an idiotic artwork with giant dancers or photorealistic images of cultural heroes from the neighborhood, it is a kind of autobiographical work that has little to do with anything and is content to be in a conversation with itself. Political correctness is out, individualism is in. And that’s a good thing.

Fort Greene, nonetheless, is currently undergoing a kind of creative renaissance and is a magnet for all kinds of interesting people. It’s where Spike Lee has his film studio and is home to the likes of singer Erykah Badu, jazz pianist Cecil Taylor, media personality Touré, painter Chris Ofili, Popa Wu from the Wu Tang Clan, and Mos Def. Many writers have lived in the neighborhood, too, including Walt Whitman and Richard Wright. In fact, Wright wrote his Native Son while living at 175 Carlton Ave. there — just a few short blocks from where McGee’s mural is.

This work will be featured in next month’s issue of Vanity Fair. 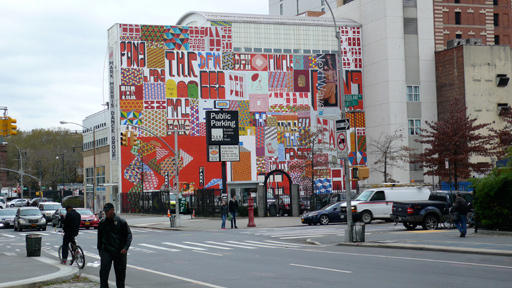