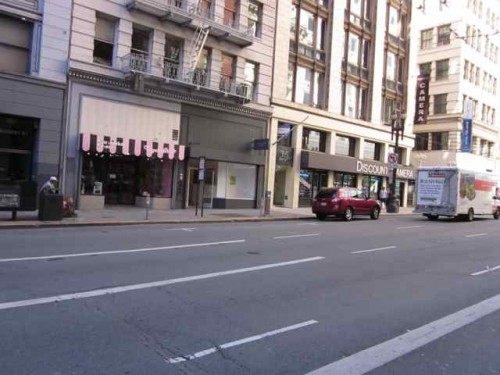 I’d barely registered the Highlight Gallery on the first block of Kearny, right where I used to go for Cigarettes for Less, in the halcyon days when I needed that store so badly. Right now Highlight is blossoming between the Discount Camera place and a Japanese toy store called something like “Angelic and Pretty.” It’s the last place where I would have expected to see a show of Rene Ricard’s New Paintings, but everything about the enterprise of bringing Ricard’s work to a San Francisco audience seems unlikely, and in the most marvelous way.

I was never one to moan about how provincial San Francisco is, how all the excitement was elsewhere, in the art world, in the political world, in poetry or any other field of enterprise. When I was a teenage queen in Manhattan I used to spot, with my cohort, an Oscar-winning female star from Hollywood’s Golden Age, walking slowly down Madison Avenue all through the East Sixties, then back, then start again, and we laughed because she so wanted someone to recognize her so she could refuse an autograph. We saw Quentin Crisp, we saw Jackie Kennedy, we saw Garbo, Kay Thompson, Yoko, Susan Sontag, all of them New Yorkers with public lives, subway lives even, whereas here? 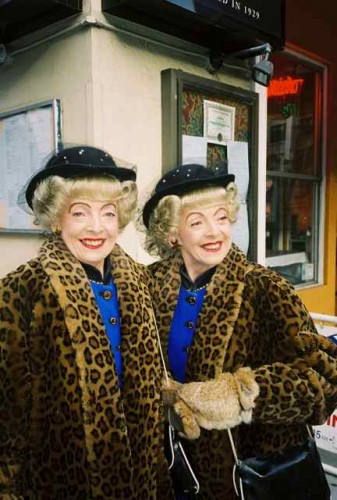 I love San Francisco, and we’ve got Vivian and Marian Brown, the famous twins of Nob Hill who bring luck to all who see them; and we have Gregor Blanco and Pablo Sandoval, heroes of the recent World Series; and we have MTT and all that. So ordinarily I never notice that we don’t have Rene Ricard in San Francisco. But once the press release came, so did the light — switching on in my mind and revealing the disjunction. Why was this event so unusual? I mean, unusual enough for me to think, This can’t be right, I’m reading words that don’t make sense, like “This is not a pipe.” 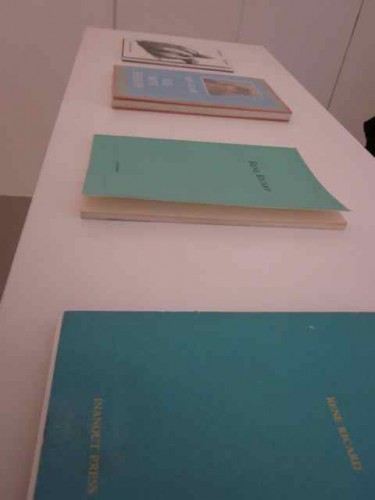 Now I’m thinking that a large percentage of my readers won’t know who Rene Ricard is anyhow, so I should make an intervention into my own stream of consciousness to state that he is a 60-something artist and poet who once hung out at Andy Warhol’s Silver Factory, who later wrote up downtown artists for Artforum, and people credit him with popularizing Basquiat and Haring. Itemizing a man’s life isn’t going to explain why he has cult status, but perhaps more to the point is that he is said to be a terrible terrible person, like Sheridan Whiteside in The Man Who Came to Dinner, or the character Rachel McAdams plays in Mean Girls. I’m sure he’s actually lovely like so many other monstres sacres. 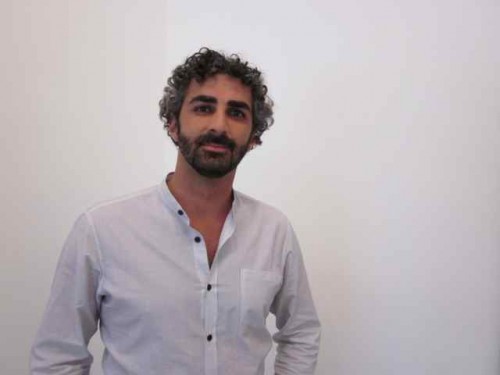 Anyhow, I called the number on the release, and gallerist Amir Mortazavi answered, confirming that yes, Rene Ricard was mounting a show of new work here in San Francisco. I like to keel over as my aunt used to exclaim. Mortazavi invited me to the opening; and then I began to goggle a little bit — there was a crack in the world, and I had slithered through to the other side. Then he mentioned that Ricard had come down with pneumonia and wasn’t going to be able to attend the opening. It was the same night as the DeFeo show at SFMOMA, so I went there instead; but believe me, if Ricard had shown, you can bet your ass I would have been there with bells on, as that same aunt used to say. Well, the next thing that happened was Hurricane Sandy, and Ricard was trapped on the ninth floor of the Chelsea Hotel, and loyal friends brought him water and candles and pneumonia-related supplies. “Gee, he might as well have come to San Francisco,” said I acidly, but a day or so later I made my way to the Highlight Gallery, and there I drew in my breath and am lightheaded still. 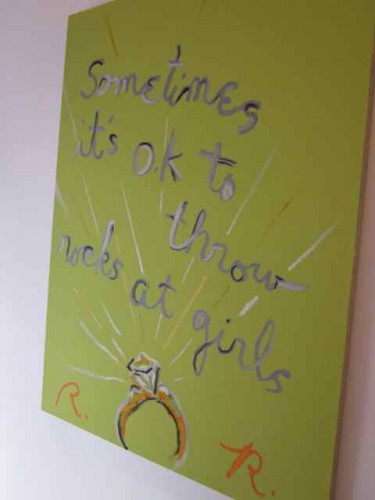 Words twist across the surfaces of Ricard’s painting like clotheslines woven from military ribbons, striking attitudes, deft and sassy. Or like folded tubes of toothpaste squeezed into angles and bends. There must be two sorts of people: one who sees the image first, the other who postpones “seeing” the image until the words are deciphered. I’m one of the latter, I guess, one for whom the pleasure is seeing what happens after the sentence has unfolded itself from its disguise of paint.  It’s often a joke, a quip, something like the Algonquin wits of 90 years ago used to fling at each other. That’s New York for you, one version of it. But he’s not merely a Dorothy Parker or Calvin Trillin, there’s something savage about his hatred of war and of the colonial structures that still pervade our culture. That the art world, perhaps the process of making art itself, is itself deeply entrenched with colonialism is part of the point.  And sometimes it’s not a quip, but a woolly non sequitur that first makes you think that Homer is nodding, which is always possible; then you get back and see the whole mass of the picture, of which these colorful twists of words form only a part. Under the words we see a painted version of a photographed image, I suppose, without Francis Bacon’s cruelty or obsession, but getting there. One gallerist I spoke with described Ricard as hilarious and sunny on the one hand, “but then at the next moment he’s capable of driving you to tears. To madness!” 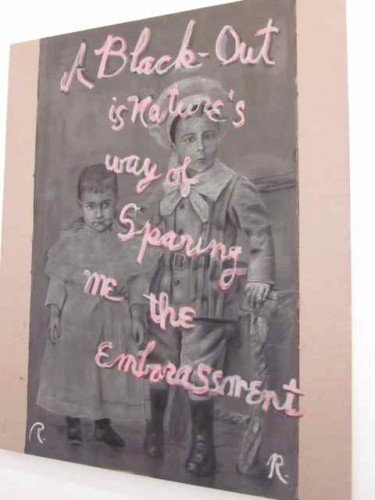 Artist Mario Lemos came into the gallery and tapped me on the shoulder as I was leafing through the ornamental shelf on which lay a selection of Ricard’s books of poetry. “Oh, Mario,” I sighed. “Did you ever think that you’d see this?” He agreed with me that the exhibition had something very un–San Francisco about it, but now that I think on his look, I wonder was I forcing him to nod with the heat of my expostulation, my joy? Together we looked at the pale, yet somehow livid, field of green that dominates much of this work. A sickly, arsenical green that nevertheless has its charming side — an avocado — actually really perfect for California, the more I think about it. I remember the first day I moved into my sister’s apartment at Guerrero and 24th, the one with the century-old avocado tree in the front yard, thinking to myself, what a change from the hideous East Village of the late 1970s — and an avocado fell from a branch and crashed onto my back, as if a sign of nature’s bounty — nature’s unwanted bounty maybe. New Paintings and Not So New is up through December 9; it would be great if somebody bought me one, for my birthday, or Christmas, it can even be a combine present from several of you. In the meantime I will be the little man haunting the front window and, during gallery hours, stepping in out of the rain to gaze obsessively, devotedly, like Kim Novak in front of her ancestress at the Legion of Honor, before Ricard’s painting that reads, “Then love takes you to a faraway place …” 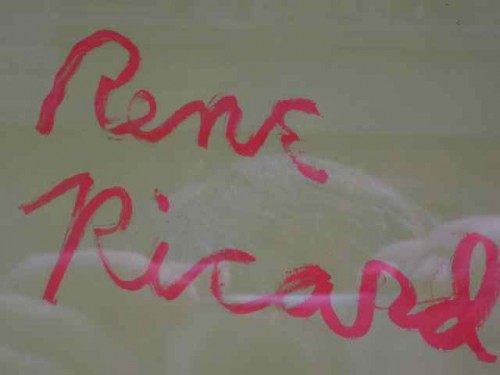