Two more spaces from our Art Microhubs Tumblr resource project, aggregating information about the important smaller-scale art and culture spaces you organize, frequent, or love. We’re highlighting a few on Open Space each week, and thinking about a broadcast conversation among contributors late fall. Participate! 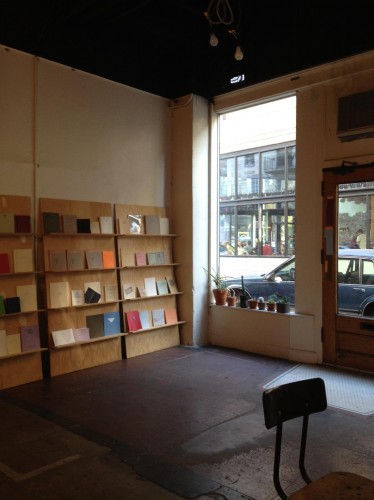 What’s it called and where is it?

A studio and storefront, our space is multifunctional. We get off-the-street traffic daily, people who want to check out our bookstore and are interested in our mode of production. Artists and authors come in for meetings, workshops, to eat lunch, to work on their own things at our big work table. We host several events per month, featuring readings, book launches, musicians, performance artists, etc! An open and public space, we encourage loafers with questions and ideas. Many new projects have started with a simple conversation at our table.

How does it work?

Publication Studio makes original books on-demand. We work with authors and artists we admire and only make a book when it’s been bought. This direct economy is the most functional aspect of publication we have found. We try to create a public around our books and tend to the its future. Our books are available as bound copies, as digital books, and are able to be read for free in our “free reading commons” where anyone is allowed to annotate and read other’s notes.

Why is it important?

We care deeply about books and the future of books. The relationship between publisher, author and reader can be better. We strive to create a transparent and direct economy around these things, and in doing so, hope to support new work, new authors, new readership. 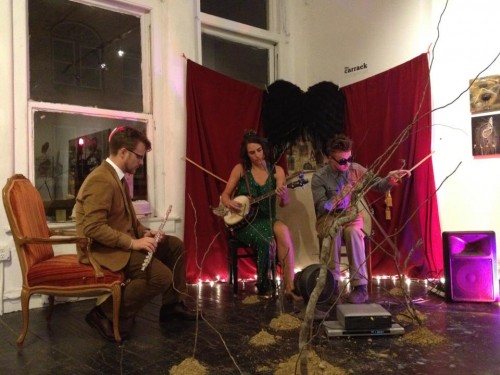 Until about five years ago, Durham, NC’s classically dead southern downtown had resisted several revitalization surges through the 90s and 00s. But it’s finally succumbed to vitality under a combined wave of grassroots entrepreneurism and the arts. The Carrack Modern Art Gallery is at the helm of this sea change. Founded in an old hair salon in 2011 by sculptor John Wendelbo and guided by gallery director Laura Ritchie, the Carrack has concocted an unconventional formula for success. First, it’s a no-commission gallery so artists take home 100% of the sales of their work. Second, the shows are short—only occasionally up more than a week or ten days. And lastly, Ritchie barely curated the first year of shows, simply taking all comers within reason. The result has been a true community space, and the busiest art space in town. No one’s excluded, intimidated, or priced out. Durhamites don’t even look up what’s showing half the time—they just swing by the Carrack. Sure, the uncurated work has been up and down (mostly up), the short shows have kept the gallery from getting the press coverage it deserves, and their fundraising model is a work in progress. But the Carrack has been an integral dynamo in art and civic contexts in Durham.

(The image is Katharine Whalen and Chance Murray performing at the closing event for their September 2012 show “Selenotropic” at the Carrack Modern Art Gallery, Durham, NC.)