Culture '45 and the Rise of Beirut's Contemporary Art Scene

“In the absence of an institutional structure for ephemeral practices—installations, performances, leaflets—artists circulated their work in the urban environment. Labeling Beirut as “proto-institutional,” Western critics would later imply that this body of work emerged from a postwar tabula rasa: no organizations, no market, and no audiences. Yet…this certainly was not the case.” — Sarah Rogers 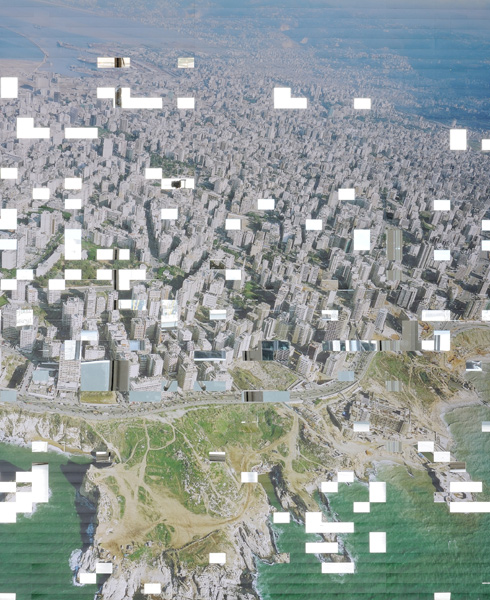 Culture ’45 and the Rise of Beirut’s Contemporary Art Scene

On October 3, 1945, Beirut’s francophone newspaper L’Orient published an article, “Culture ’45,” in which the author pronounced the previous decade an artistic and intellectual renaissance for Lebanon. Throughout the French mandate era (1920–43), the area, which previously had supported only a few easel painters, had transformed into a vibrant art scene: a sufficient number of artists to be considered a generation; a burgeoning press that included art journalism; an audience for exhibitions; and a private, degree-granting art academy. Within two decades, Beirut would assume its role as a cultural capital, bringing together regional and international artists, architects, graphic designers, gallerists, poets, and writers. By the late 1960s, the small area of Ras Beirut (located between the American University of Beirut and Hamra, the city’s main commercial street) was crowded with more than twenty galleries featuring the works of local, regional, and international painters, sculptors, and designers. Some of these galleries closed during the Lebanese Civil War (1975–90); others still remain, although they have relocated downtown, to the upscale arts district of Saifi Village.

The article in L’Orient underscored the signifi­cant role that concerted individual efforts within the private sector have played in Beirut’s artistic history. According to the author of “Culture ’45,” the founding of L’Académie Libanaise des Beaux-Arts (ALBA) in 1937, which created the first opportunity for formal, institutionalized arts education in the country, was the crowning achievement of Lebanon’s cultural flowering and a landmark contribution to its artistic landscape. Tellingly, ALBA was the initiative of amateur musician Alexis Boutros. With support for artistic practice abandoned by the state, a number of determined individuals, and particularly the artists themselves, galvanized Beirut’s creative community. When these efforts were most effective—seen in the example of Boutros and the founding of ALBA—they resulted in the establishment of institutions and sustained support for contemporary practices. 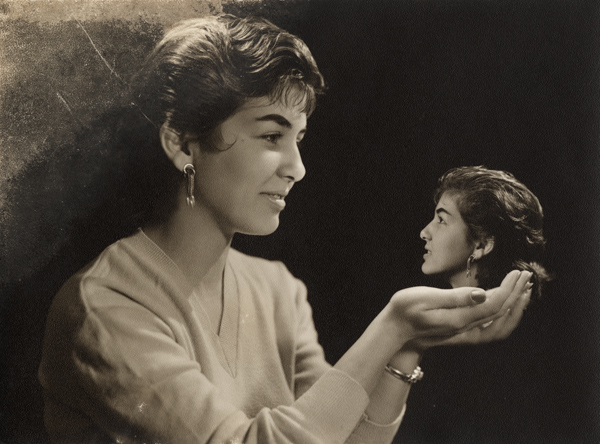 Related to these singular efforts is the persistence of a fragile and volatile political situation that haunts Lebanon, lending its national history a long-standing trope: a cycle of destruction and renewal, of identity-based violence and cosmopolitan diversity. In fact, the artistic renaissance detailed in “Culture ’45” would continue until the spring of 1975, when the eruption of the Lebanese Civil War shifted Beirut’s standing from vibrant urban capital to unsettled site of sectarian violence. Often simplified in the Western media as a Muslim-Christian conflict, the war was a series of battles fought along sectarian, political, and proxy lines that brutally segmented the city into militia-controlled territories. After nearly two decades of violent upheaval, mass population displacement and emigration, and numerous failed cease-fires, the country entered into a fragile truce in autumn 1989, brokered with the Document of National Understanding, an agreement signed on October 22 in Ta’if, Saudi Arabia, and thus more commonly known as the Ta’if Accords. The Ta’if Accords ushered in an official yet extremely tentative end to the fighting, and Beirut eventually resumed its role as a hub for experimental artistic practice.

The end of the war coincided with the rise of celebratory globalism in the international art market, and in the following decade contemporary postwar artists earned the attention of European and American curators and critics. In the absence of an institutional structure for ephemeral practices—installations, performances, leaflets—artists circulated their work in the urban environment. Labeling Beirut as “proto-institutional,” Western critics would later imply that this body of work emerged from a postwar tabula rasa: no organizations, no market, and no audiences. Yet as the author of “Culture ’45” had underlined forty-five years earlier, this certainly was not the case. Moreover, it is important to remember that life persisted during the war years, even as the violence occasionally overshadowed existence at different moments, in various geographies, and with shifting degrees of intensity. Through the efforts of dedicated individuals, the art scene resisted complete collapse, thanks in part to the fundamental role played by the private sector in creating spaces for artists. Not only did certain local organizations and galleries remain open sporadically but those cultural workers and artists who lived abroad continued their work.

The Arab Image Foundation and Beirut Art Center, two of the city’s most important art organizations today, were conceived and developed in part by artists as a response to the aesthetic needs of Lebanon’s contemporary postwar context. Both institutions suggest that, far from being outdated rhetoric, the description in “Culture ’45” of Beirut’s artistic milieu and the mechanisms defining its cultural efflorescence remain vital today.

In many respects, the formal and theoretical intersections between archival document and artistic project that have come to define contemporary art, particularly in Beirut, are closely aligned with the history of the Arab Image Foundation (AIF). A nonprofit archive dedicated to collecting, preserving, and displaying photography from the region, AIF was established in Beirut in 1997 by photographers Fouad Elkoury, Samer Mohdad, and Akram Zaatari. Mohdad left the organization a few years later; Elkoury and Zaatari subsequently developed its mission and have become closely associ­ated with Beirut’s postwar contemporary art scene.

Sarah Rogers received her PhD in 2008 from the History, Theory, and Criticism program of the Department of Architecture at the Massachusetts Institute of Technology; her dissertation is titled “Postwar Art and the Historical Roots of Beirut’s Cosmopolitanism.” Her research on modern and contemporary art of the Arab world has been published in Parachute, Arab Studies Journal, and Art Journal. Rogers is a founding member and president-elect of the Association for Modern and Contemporary Art of the Arab World, Iran, and Turkey (AMCA). She is currently editing a collection of essays on the Khalid Shoman Private Collection.