Is Art School a Scam? 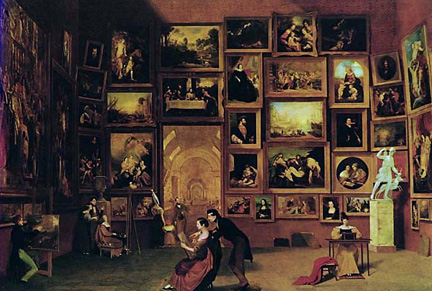 Hey, I’m only saying out loud what a lot of people are thinking, so don’t shoot the messenger, o.k.?

It’s been painful to see Art consistently ranking among the lowest paid and least marketable degrees in articles like this one on CNBC, this one on CBS,  this one on the Huffingtonpost or this one on the job site Monster.com. So either these rankings are an elaborate conspiracy – or they must be true, right?

Seeing these made me think of a friend of mine that used to ramble on about how he thought art school was just a pyramid scheme – where a few people benefit and the rest pay but didn’t benefit much. I would usually laugh it off, telling him, “Dude, you need to stop drinking so much.” But he always insisted that people should “follow the money” and see where it led.

My personal view is that it isn’t so simple because art schools are among the only institutions that actually teach their students to make things in our society which is dominated by service industries. At their best they even provide a sort of refuge from corporate consumer culture.

But then I started thinking. When I was getting my undergraduate degree, my admissions counselor gleefully suggested I take an unpaid internship class to work at a downtown gallery. That class, as it so happens, would have cost me $2,700 and required I show up to work at least two days a week, plus work at the openings. The tuition, which was actually student loan money, wasn’t even mine, so borrowing money to do an unpaid internship just didn’t make sense. In fact, I thought it was a serious rip-off and so I didn’t do it – but I knew people who did.

And who knows, maybe for the right person it was a great deal? Getting access to gallerists and being in the scene and all that hard to quantify stuff might have been worth it for someone. But then there were other classes like English 101, basic math, beginning ceramics, and so on, which at community college would only cost like $100 or $200. At art school they were charging ten times that amount for the same knowledge. Those classes seemed like a real rip-off too. I always wondered why basic classes weren’t any cheaper.

Perhaps the biggest gripe I have heard from my artsy friends is that most art schools offer almost zero job placement help. That’s both during school and after graduation. Sure there might be a place where job listings are thumb tacked to a wall or a something, but that’s not very helpful. What’s really needed is a dedicated mini-art employment agency in art schools. If someone is paying $30,000 a year in tuition it seems fair to expect some kind of advocacy, right?

Yet even if one decides to start teaching, it’s important to know that most art teachers are not unionized and are hired semester to semester. That makes it almost impossible to rely on the job as a way to make a living. Art schools have no incentive to allow collective bargaining or even guarantee work – largely because there are a huge number of graduates each year but few jobs. It’s a vicious cycle because where else but art schools are artists going to look for work?

In this day and age there’s no reason why artists should be still be starving, especially with all the technology and resources available to schools. So I think that if art schools are taking in all that money in tuition and yet don’t help much with job placement or ensuring students leave with marketable skills, why haven’t they made it a priority? It just doesn’t make any sense.

Sure, one could argue that it’s ultimately up to a student to be responsible and acquire job skills and seek out employment on their own – but isn’t that why they are at school in the first place – to figure that out? Can we really blame the students at for-profit schools when they pay $125,000 for a degree and then can’t get a job?

The end result  is that a whole lot of people in the arts (artists, art history majors, writers, young curators) – probably millions in the U.S. –  give up art to do something else that pays the rent. Is that a good thing?

There’s clearly something wrong with the system, but is it a scam? I don’t know. If it is, it’s a very, very elaborate scam and it’s unclear who’s really in control.

However, I’m sure fewer people would feel burned if schools put more effort into job placement and career counseling. There’s nothing quite as nice as the feeling that you went to art school and you can pay your rent. Then when people say to you “Hey get a job” you can say – “Hey, I got one.”