Early this morning I went to observe the one-year anniversary of Occupy Wall Street. In the past I’ve photographed all kinds of protests and protesters, but this time I concentrated on the NYPD. For those who don’t know, they are the largest municipal police force in the United States. They are so big they have their own culture and their own cliques. Today they were were arresting people, guarding the Wall Street area, and directing traffic. I am not a fan, but no matter how one might feel about them, they undeniably have one of the toughest jobs in the country. On one hand they are expected to be nice and courteous, yet on the other they are supposed to be superheroes who can stop terrorist attacks before they happen. It’s really an impossible job. Unfortunately the Stop and Frisk policy has drained any sympathy for their existential situation. Stop and Frisk has made them a scourge in minority communities, sending countless young men of color to jail for trumped up charges. Police reportedly perform over 1,000 frisks a day, seven days a week. The NYPD also has to share its turf with National Guardsmen, the army, the FBI, and a host of other organizations, which I am sure makes their jobs a living hell. Yet for all the drama going on amongst their ranks, they still have to do inane things like guard an enormous bronze bull with fifty officers. 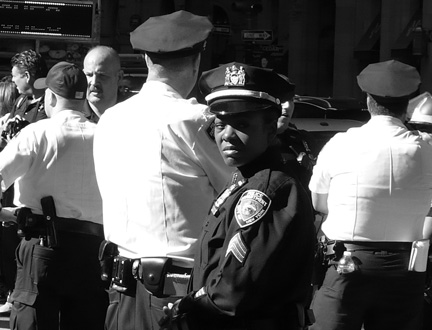 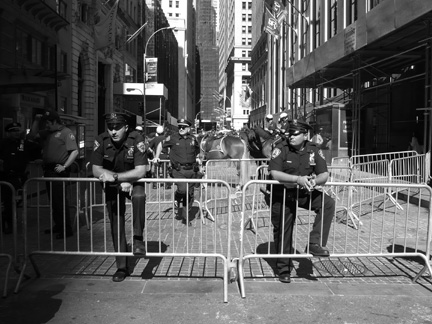 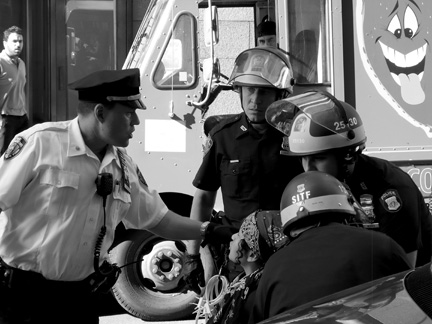 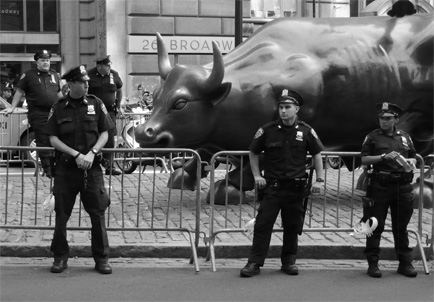 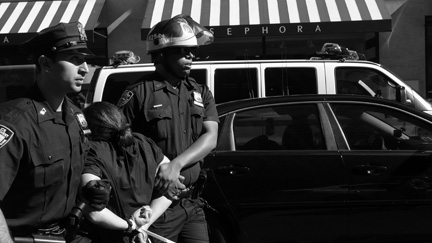 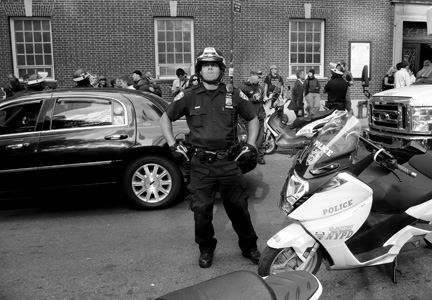 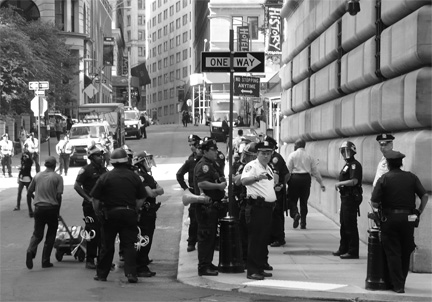 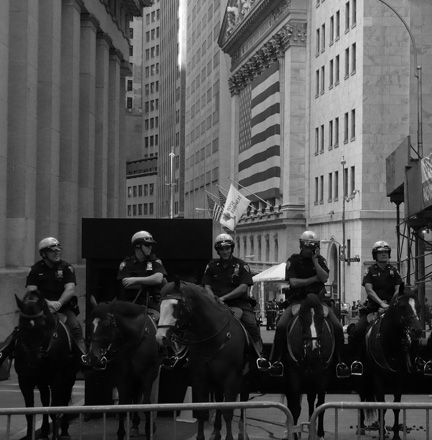 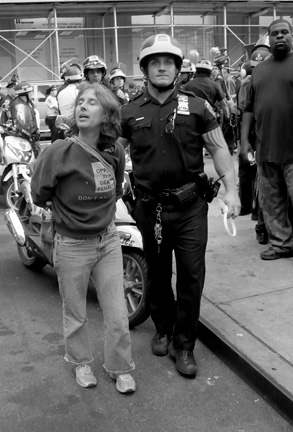