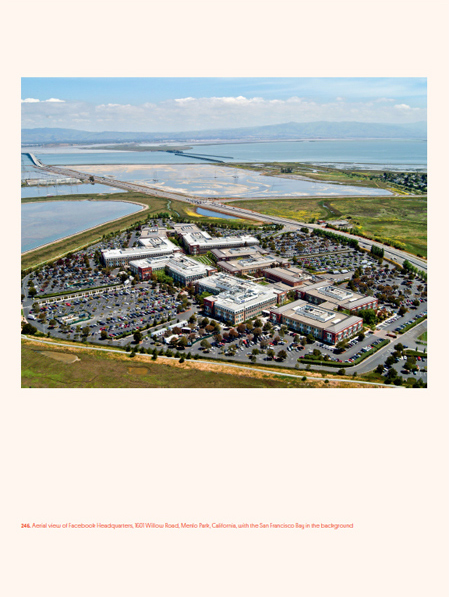 “This transcript is in many ways the key to the project and serves as an important starting point for unlocking cross-cultural understanding. The roundtable revolves around a discussion of ‘the periphery,’ the notion that variously circum­scribes each city and to a certain extent undergirds this project. The six cities represented here are not considered primary international art centers (for example, New York, Berlin, Los Angeles, Beijing, or London), and none of them hosts a major biennial. Yet they all have active, localized art communities that extend beyond their own regions and become interna­tional places of exchange.”  –Apsara DiQuinzio, assistant curator of painting and sculpture, SFMOMA

The passages below are excerpted from a conversation between several artists who have developed unique arts organizations in the cities featured in Six Lines of Flight and SFMOMA curators Apsara DiQuinzio and Dominic Willsdon. Their discussion was recorded at the museum on August 30, 2011, as part of a series of conversations between these artists and a range of San Francisco Bay Area curators and scholars.

DOMINIC WILLSDON: Maybe we should start by addressing the problems concerning the concept of the peripheral. Is it the case that we feel awkward about it but are nevertheless compelled to use it for the purposes of the discussion we’re having? If so, what is the awkwardness around it?

ADRIAN GHENIE: I am perfectly happy with this term. I am from the periphery, and I am not ashamed to say that. I don’t think this is a problem, because I see it and accept it historically. For me, the periphery is a place that receives something, rather than broadcasting something. So in Cluj, for example, as part of Transylvania and Eastern Europe, and as part of the former Austro-Hungarian Empire, we always looked to the center, which was Paris or Germany. The generations before us (for many political, economic, and social reasons) developed the mentality that we have to look to other places to receive their ideas, and then create a local version of Modernism, or the avant-garde. This changed with our generation, because we had access to other cultures. We were able to travel, and we have the Internet. We are the first generation in Cluj to have these things, along with the ambition to say, “We have to change this pattern. You have to be the receiver.” We like to think that in the city of Cluj we can do something innovative and relevant, and London can be the receiver, or can be interested.

AKRAM ZAATARI: I’m happy with calling my territory a peripheral territory, at least in terms of discussing the transmission of ideas that come from or develop around the periphery, but I would not be happy for those ideas to be stigmatized as peripheral.

GHENIE: I don’t associate the periphery with something negative …

ZAATARI: I would like to strip away its negative connotations. But even then, a periphery must be opposed to a center.

MIHAI POP: The periphery can be a productive base for working. It’s silent there, and that enables you to develop your work. As long as you can exhibit all over the world afterward, I see it as a big advantage to be working in a silent place. I look at the people I know in London, for example, and from the beginning of their careers they were pushed to be in the art scene.

GHENIE: To be competitive too early.

POP: Yes, and looking back on our development I see now that the almost 10 years of relative isolation we had in Cluj was really a gift. We were left alone to develop, and that gives you strength.

GHENIE: … And time to think. It’s like raising your kids in the suburbs. [laughter] When I moved to London, for example, I met all kinds of artists who as students had to deal with excessive attention and expenses. Now they can’t even afford to have studios. They have to get jobs to survive. I have come to appreciate how different it was in Cluj. I wasn’t paralyzed: I had a studio, everything was cheap, I had time to think, and there was no pressure. There was no notion of competition. I was really focused on my work. If you live in a major art center like London, you are exposed from the very beginning to a kind of nightmare situation that gets bigger and bigger because of all the pressures.

DIQUINZIO: Oscar, Cali has been referred to as “the periphery of the periphery.” Could you explain where that comes from?

OSCAR MUÑOZ: My thoughts on the periphery have changed since the eighties. Now I am interested in the atomization of the centers and in how Cali, as a provincial city, could become a center while also occupying a position on the periphery. I think of Cali as a secondary city — especially in the context of Latin American countries, because these countries have very specific characteristics. A commonality among Latin American countries is that they have large concentrations of people in their capital cities — like Caracas, Bogotá, Lima, and Buenos Aires. Those are the big centers, and power and money are, of course, concentrated there, and cultural policy is developed there. The second-tier cities are marginalized; they settle below the first-tier cities like sediment. In the sixties and seventies, the capitals had very important art museums, but most of the Latin American museums that were powerful at that time are no longer. What is interesting now, and this is something I am passionate about, are the smaller private institutions, some of which are run by artists. They are managing their work and trying to operate in a different way.

DIQUINZIO: The problematic connotations of the term periphery stem primarily from the idea of a geographic division existing between the first world and the third world. This dynamic was what defined the notion of the periphery in the eighties, and it is why it is such a loaded term now: the first world was — and arguably still is — associated with the primary art centers, whereas the third world was reduced to the periphery, or to being receivers, as Adrian suggested earlier. I guess I’m wondering whether or not this division exists. Have we really outgrown it? It seems to me that this distinction does still exist, although maybe in different forms, but we don’t want to acknowledge it anymore. Or perhaps, because we know we are not supposed to refer to it anymore, we are reinventing it, or renaming it. Or has something really changed?

ZAATARI: Whether or not we accept the terms center and periphery, there are differences between the places those concepts describe. I like to see it in terms of wealth. I don’t think it’s about a poverty of ideas — or at least that angle is something that does not interest me. I’m going to give a few examples. For a few billion dollars, Abu Dhabi will be able to build a Guggenheim and a Louvre as part of the Saadiyat Island Cultural District, which will include at least four major museums. If you have the money, you can buy everything. Abu Dhabi has spent enough to become a very important cultural center in the Middle East.

DIQUINZIO: I would like hear Amy and Michael’s perspective on this, because for artists in the U.S. it can be difficult if you don’t live in New York or Los Angeles. Many San Francisco artists have felt pressure to move to either New York or L.A. — larger artistic centers — in order to gain a certain visibility within the art world. What do you two think about living and working in San Francisco, specifically in relation to this question?

AMY FRANCESCHINI: I think I am in alignment with what you were saying earlier, but somehow I feel outside of this art world conversation we’re having because, as Futurefarmers, that has not been our trajectory, to be participating in the art world per se. We feel very lucky that we are able to participate in this global art conversation, because it’s liberating. We have been doing projects based in San Francisco that are reacting to a certain time and place, but our work is always connected to a larger conversation. We could have moved to New York, or Berlin, or Los Angeles. A lot of our friends did, in fact. There was a huge exodus of people in the late nineties to Los Angeles and Berlin that left a gap in the city. Until that point, there were a lot of artist-run spaces in garages and a vibrant culture of, let’s say, peripheral spaces that weren’t large institutions. It was exciting, and as that faded away we had to recalibrate and consider where our community of artists is located. Another important aspect of San Francisco is that I think of it as a kind of hiding place, like Adrian suggested earlier. A lot of the people here that we have surrounded ourselves with, academics and activists, are almost running away from centers, and have found this spot at the edge. There is also a frontier history here of people coming to make their fortunes and then busting — it has a history of rising and falling. We’ve been called the backyard or the shadows of the art world, but I think that is a fine place to be.

SALLY MIZRACHI: But when you say it is not a center, you mean in relation to New York or L.A.?

POP: Yeah, and you see, that is a luxurious position.

DIQUINZIO: Well, that is why I say that it depends on context: We have to examine the specific circumstances of living and working in each particular location. These are relative situations.