“Cultural Confluences: The Art of Lenore Chinn” at the Luggage Store 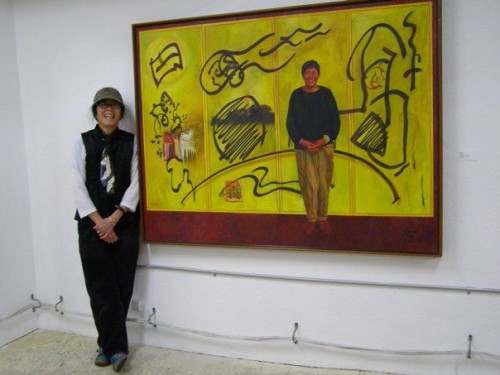 As the title of this exhibition promises, cultural confluences prevailed at the Luggage Store Gallery, where Lenore Chinn’s retrospective opened on Friday. Representatives of San Francisco’s multicultural arts/activist communities climbed the narrow staircase to the second-story gallery, where Chinn graciously presided over a carefully chosen ensemble of key works.

Eight major canvases spanning twenty years of portrait practice mirror the diversity of the artist’s extended kinship circle. Chinn’s iconic self-portrait Butler’s View (1993) anchors the selection, which includes oft-exhibited works such as Before the Wedding (2000), picturing the artist Kim Anno and her partner Ellen Meyers (before it was possible for them to wed), and Bing (2001), a portrait of the Bay Area abstract expressionist Bernice Bing set against a backdrop evoking her work (and the confluence of Eastern and Western traditions). 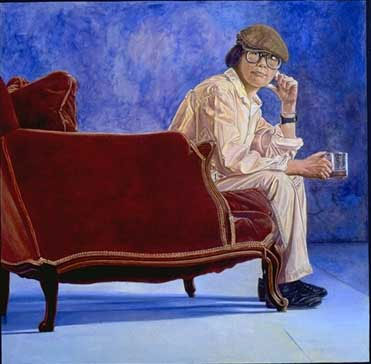 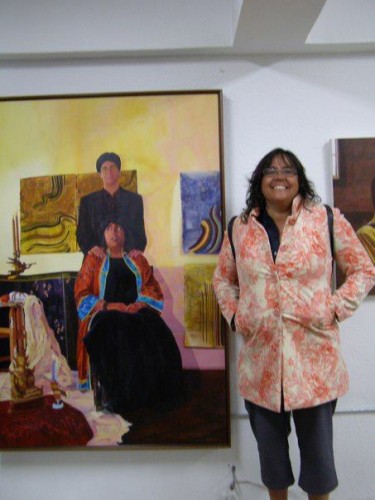 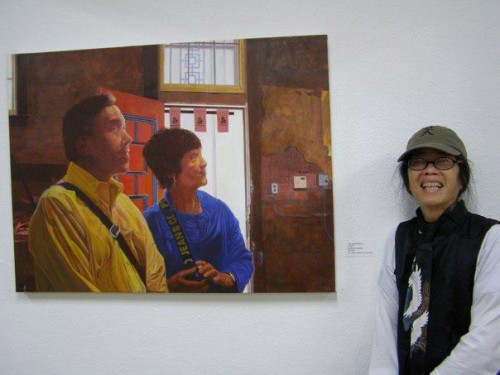 These portraits dignify subjects whose psyches, bodies, and relationships have undergone the indignities of discrimination based on race, gender, and sexual orientation. Collectively, this body of work — vibrant and strong — redefines what community, friendship, family, creativity, and Culture with a capital C look like. 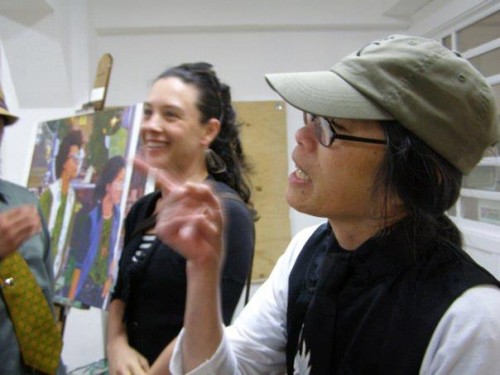 A lushly illustrated catalogue published in 2010 by the Asian Pacific Islander Cultural Center, and edited by Jen Banta, prefigured the exhibition. Containing essays by Moira Roth, Valerie Soe, and myself, as well as a foreword by Chinn and an introduction by Banta, the catalogue fleshes out Chinn’s oeuvre more fully than the linear footage of wall space at the Luggage Store Gallery permits. 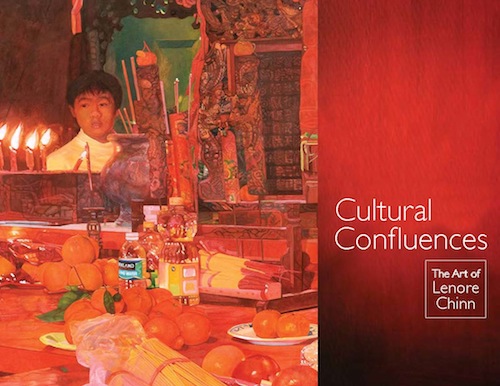 There is nothing like seeing Chinn’s works in person, though. The imposing scale of the paintings, the photorealist effects created by Chinn’s painstaking brushwork, the vitality and richness of her palette, and the astonishing charisma of the subjects themselves contribute to the power of a face-to-face viewing experience. The exhibition — product of a collaboration among the Kearny Street Workshop, the Asian Pacific Islander Cultural Center, the Queer Cultural Center, and the Luggage Store Gallery — remains on view throughout the month of June.