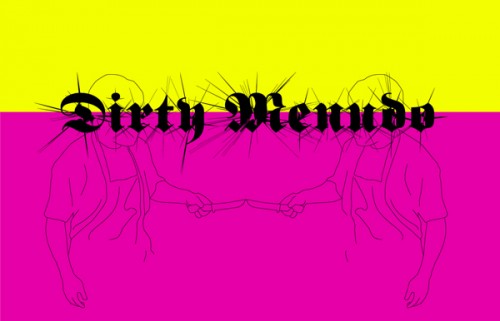 When Frank Smigiel asked us to curate a night of music and performance at SFMOMA, our first thought was the idea of cover songs, and what they signify in a transcultural context. One of our favorite musical genres and inspirations are “Refritos,” or in English, “Re-fried” music: American pop and rock ‘n’ roll covered in Spanish. So it was with this in mind that we organized our night, Double Grooves and Dirty Menudo. The title takes its cue from the “double groove” — a method of pressing vinyl records in which one side of the record contains two separate grooves, allowing two different albums to be placed or “hidden” on one single side. The track that will be heard depends on where the needle is placed. “Dirty menudo” is a poor man’s version of the famous prerevolutionary Mexican soup, made with whatever parts of the animal are available, a dish also known as the “hangover” cure.

To start the night off we’ve invited history professor and overall cultural misfit Moises Medina up from East L.A. to present a lecture on ideas of transborder appropriation and the subcultures that take form in these contested territories. Moises has a great way of seeing the connections between the U.S. and Mexican underground. From the Tribalero culture that spawned the pointy boots fashion, with some measuring more than 40 inches long, to the pitched-down and screwed musical sedatives of Cumbia Rebajada from Mexico City, Medina will be our intellectual coyote, guiding us through a wilderness of aesthetics and ideas to the other side.

Next up will be the world premier of A Fuego Lento ll (Slow Burn II), Los Jaichakers’ latest video piece, based on Damaso Perez Prado’s rare 1980 Mexican film A Fuego Lento. The film takes place in Perez Prado’s adopted home of Mexico City. The plot revolves around the drug trade; we see it as a premonition of things to come in Mexico.

Perez Prado was the first Latin American artist to “cross over” internationally with a musical style of his own, the mambo. Long before samplers, turntables and computer technology, Perez Prado was experimenting with ideas of the remix. He began mixing Afro-Cuban rhythms with American Swing music and ambient urban sounds, samples of which he would then translate into various instrumentations in his orchestra.

From writer David Goldberg: Prado’s compositions are perhaps best marked by punctuating yells of “Ugh!” which is actually a slurring of the syllables in the phrase “dilo” which means “say it!” or “hit me!” “Dilo!” served as cues for his orchestra to start, end, and pause or shift tempos with a level of precision that allowed Prado to literally “cut and paste” elements of his musical imagination live and in real time … when Prado solidified Mambo in 1949 he also created the blue print for electronic DJ music.

We are taking Prado’s approach to the idea of remixing as a cue in Slow Burn II. With visuals remixed by Morales and a new soundtrack based on Prado’s music produced by Ore-Giron, A Fuego Lento is compressed to 24 minutes with no dialogue, just the pure magic of music and image.

After the film, the live musical elements begin. We’ve recruited the amazing talents of CHUCHA SANTAMARIA (Sofía Córdova and Matt Kirkland), who came up with a wish list of songs to morph and translate into Spanish, from the likes of the Pet Shop Boys, Yoko Ono, Mariah Carey, and Iggy Pop. Together we’ll transform SFMOMA’s atrium into a music studio, exposing the means of production in an approach that will include the audience in participating and witnessing the creation of music in a rehearsal atmosphere. The performance will be recorded live and be included as part of their upcoming album.

Finally, we are bringing some very special guests from Guadalajara: musical tricksters Los Master Plus. We’ve been in love with their music ever since we saw their video for their cover of No Doubt’s “Don’t Speak,” transforming the original message of the song — a girl in emotional turmoil — into a song about “boys in need of girl attention.” Los Master Plus also do Spanish covers of songs by Daft Punk, Kings of Leon, Dr. Dre, Radiohead, and the Bee Gees. Led by hipster vaqueros El Comanche and Larry Mon, they concoct a tongue-in-cheek mix of cumbia and techno music, creating a new genre that expands the notion of contemporary Mexican music. 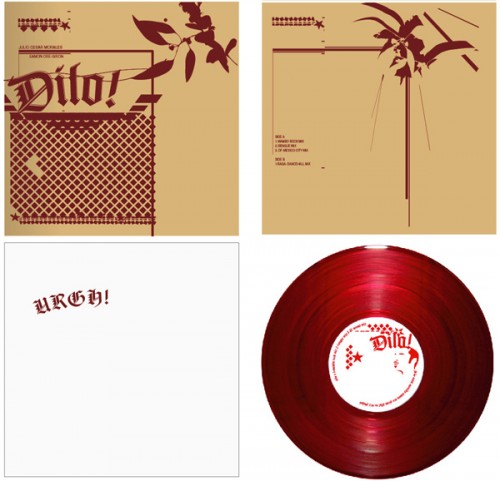 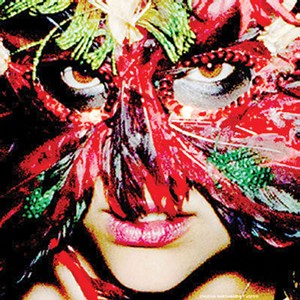