In celebration of the 75th anniversary of the Golden Gate Bridge, Open Space has commissioned a number of new posts. Please welcome writer and editor Victoria Gannon, on falling, inevitability, and Jasper Johns. 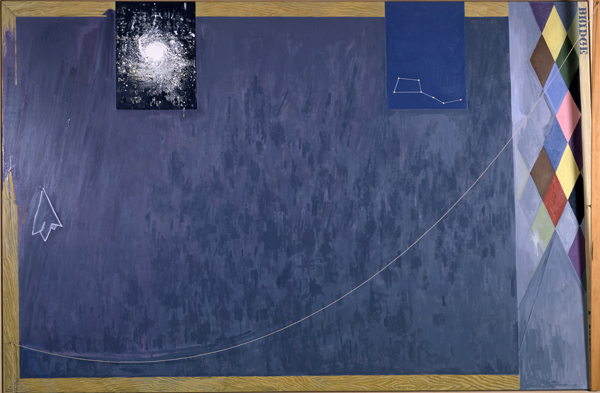 Every time we drive over a bridge we talk about earthquakes. It’s usually at night, when one city is behind us and another is not yet in view. Bracketed thus, between sky and water, we imagine the worst: we talk of first-aid kits, faltering cell phone reception, and gallon jugs of water; we consider phone trees, sleeping bags, and fallen branches. For five miles we pretend the world is going to end. If the big one were to hit right then, we pray we don’t fall in.

When the Loma Prieta earthquake struck the San Andreas Fault in 1989, I was 13 and living in the East Bay. My father was watching the World Series between the Giants and the A’s downstairs, and I sat upstairs with my mother as our kitchen cupboards banged open and closed for 15 long seconds. When the shaking stopped, I went downstairs to make sure my dad was okay. Soon we sat together watching images of the Bay Bridge disrupted: a section of the upper deck hung open, like a trap door; drivers reversed their cars out of panic; one even drove into the hole. 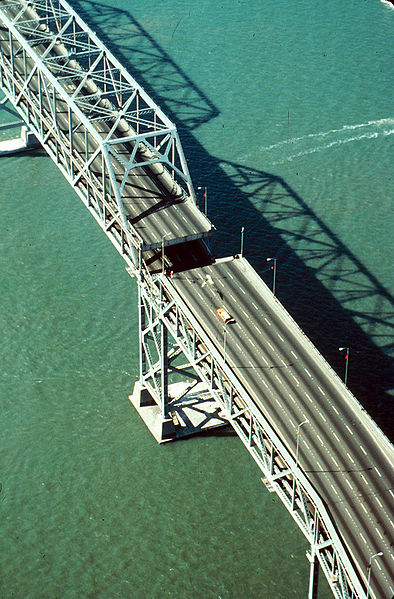 Aerial view of the Bay Bridge’s collapse after the 1989 Loma Prieta earthquake. Photo courtesy the U.S. Department of the Interior U.S. Geological Survey.

On that warm October evening, as we stared at scenes of the nightly commute stalled indefinitely, it was the bridge’s failure that most succinctly communicated the temblor’s severity to me. The collapse of Oakland’s Cypress freeway was a more dramatic and deadly effect of Loma Prieta, but the broken bridge — the lapse in continuity it represented — was the signal that our routine would similarly break: my mother did not come downstairs for dinner; it no longer mattered who won the third game in the Battle of the Bay.

Bridges aren’t merely structures. They are symbols of reconciliation within the landscape, sutures that replace rupture with connection. When the Bay Bridge opened in 1935, it solidified a bond between San Francisco and the East Bay by facilitating transbay commerce and community. The bridge was considered a roadway to the future whose no-nonsense design “embodied the beginning of an era of urban clarity, order, and new construction,” writes Daniel Gregory in Visionary San Francisco, a catalogue for a 1990 SFMOMA exhibition. Taken with the Golden Gate Bridge, it expanded San Francisco into a sprawling megalopolis.

A bridge not only enables relationships; it is a physical manifestation of a relationship, defined by the interdependence it requires. Cables and roadways beholden to gravity and tension, drivers entrusted to engineers’ efficiency, islands entering into permanent partnership. A bridge is one big trust fall, and its failure can feel like a betrayal, like a wound. 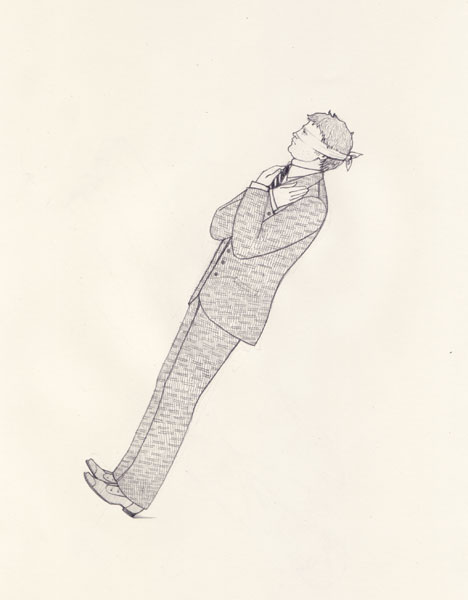 Built against seemingly improbable odds, bridges inspire fascination and awe. Jasper Johns has done an entire series about bridges — paintings, drawings, etchings — so captivated is he by the form. He is specifically taken with the catenary, the name for the curve a cable adopts under its own weight, as in a suspension bridge. Such bridges are unique for the way they defy gravity and yet are beholden to it. We rely on catenaries to suspend us above dangerous passages, but their very shape — that swooping dive — is determined by their partial consent to gravity, their willingness to give in. In Bridge (1997) Johns creates a catenary from a piece of string that he ties to each side of the canvas. Its descent feels organic and unforced, as the string falls and catches itself at the same time; it is anchor and safety net both.

When I was young the Bay Bridge’s failure was a trauma, the unthinkable come to pass. Now it is a steel fact of life, fallible and worn. I take its flaws for granted, expect them even. To drive over a bridge is to acknowledge the possibility of falling. Johns reminds us of this, alerting us to the bargains we strike for a sense of stability. We negotiate with gravity and agree to fall just a bit; we sacrifice the protection of autonomy and trust that someone will catch us. Gravity is an ineluctable force, Johns admits, but he suggests we can find balance amidst its disorienting pull by leaning into it rather than away. Inevitability does not always demand our resistance; sometimes the safest passage is consent.

Victoria Gannon is a writer and editor living in Oakland who is interested in the ways that autobiography can intersect with aesthetic experiences. A senior editor at Art Practical, she writes a monthly column for Art21 and works as an editorial associate at SFMOMA.