One of my favorite things to do is muck around with the art historical canon. Now I intend to bring that spiteful energy to the world of planking, a leisure activity in which you turn your body into a plank in a public space and then document it for the internet so it can be shared with other planking enthusiasts.

Planking recently emerged from its shadowy subculture into the bright light of the media when an Australian planker fell seven stories to his death. Just two days earlier it had manifested itself as a political phenomena when another Australian man was arrested for planking on a police car. According to the British newspaper The Guardian, “The arrest made headlines, and the Planking Australia Facebook page grew almost overnight from 8,000 fans to well over 100,000.” Planking soon become a dance craze. 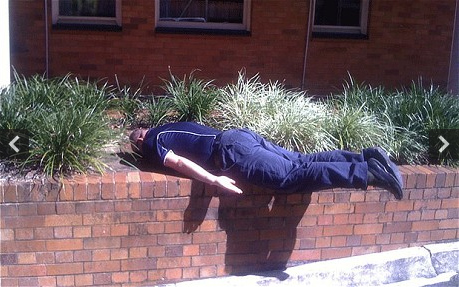 Since then lots of people, some less earnest than others, have claimed to locate the origins and meaning of planking. In May The Guardian assigned the birth of planking to two bored British kids in the 1990s who referred to the “quintessentially British” practice as “extreme lying down.” Then several writers angrily weighed in with postings and articles speculating on the relationship of planking to slavery. Slaves had to lie face down on beds with their arms at their sides during the middle passage and those beds became known as plank beds. 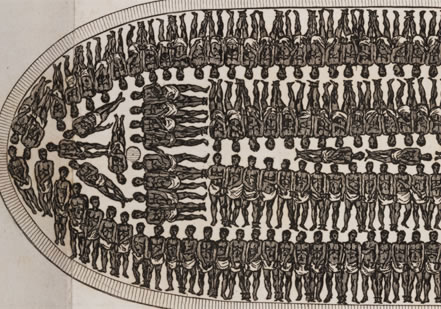 diagram of plank beds on a slave ship

If this is true, it wouldn’t be the first time white suburban kids appropriated a volatile feature of black culture for their own political and aesthetic aims. Long live Elvis and rock-and-roll! But we don’t have to go all the way back to slavery to save the birth of planking from two extremely bored British kids. In America we were bored way before they were bored! And we turned our boredom into an industry. And it was called punk rock! 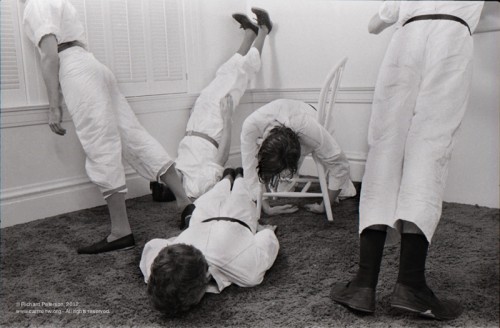 I stumbled last week on this photo in a Denver gallery. Like so many contemporary aesthetic acts with political undertones, planking seems to have taken its modern form in punk rock. In 1979 the very people who reinvented pop music as a comical attack on capitalist rhythm also saw planking’s disruptive powers. Was Devo aware of slavery as a historical source? Were they too busy whipping it to make a citation?

In addition to being musicians, the members of Devo were also visual artists. Lead singer Mark Mothersbaugh went to art school at Kent State, a school with some small historical connection to protesting and civil rights. For them, the inspiration to plank could very well have come from slavery, but also from a different place, the art place. There are a variety of sources in the world of ’70s body and performance art that could have inspired Devo to plank — Charles Ray, for instance, who made Plank Piece in 1973. He’s planking upside down, but he’ still planking. 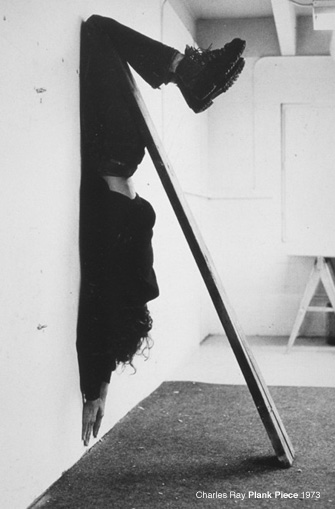 Then there is Los Angeles artist Scott Grieger and his little known but influential 1972 work of photographs called Impersonations. Predating Ray by a year, Grieger uses his body to imitate and appropriate various sculptures and paintings. Here he is planking by imitiating a, uhm, plank by John McCracken. 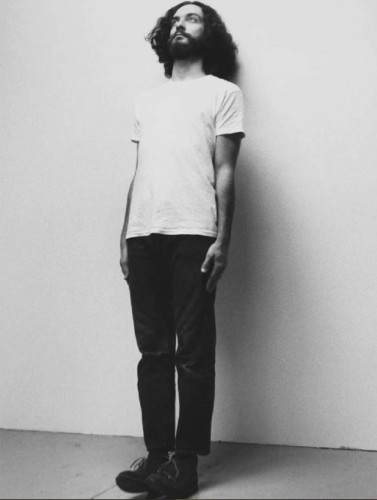 Planking, therefore, may be the appropriation by white youth of a tragic feature of black history with good or lame intentions. A sort of full-body version of the sit-in, the guy planking on the cop car or the annoying billboard is good; the drunk guy planking on some innocent person’s property after a frat party—lame.

Or planking could have been born out of late modern sculpture, which was ripped down from the pedestal by artists like Carl Andre, then opened up to performance by artists like Gilbert and George, then turned over to people like Ray, Greiger and Valie Export, who planked in the early 80s, so it could finally be handed off to people like Karen Finley and Paul McCarthy, who opened the door to anything.

Can slavery and performance art really be connected through modern sculpture and planking? Not enough room on this blog page to completely prove that one. But with the rise of social practice art and the internet, should we not be intrigued that planking, with its deep and layered history, has gone democratic?