The paintings currently in my gallery come out of the venerable tradition of “bad art.” It’s a dicey pedigree that includes people like Martin Kippenberger, John Waters, and Jim Shaw, who single-handedly stimulated a groundswell of interest in bad painting in the early ’90s when he published his collection of what he called Thrift Store Paintings. I like that he identifies them by their place in the exhibition system and not by their aesthetic characteristics, which mostly involve the way they trouble the highly policed line between professional and amateur art. It makes you think of Shaw hunting around for the paintings at the Salvation Army and not him sitting around in his studio trying to decide whether they’re good or not.

Following Shaw’s lead, collectors up and down the food chain began nosing around the boundaries of amateurism and bad taste, cultivating that curious aesthetic faculty that can recognize when a work of art is “so bad it’s good.” Several institutions devoted to the objects that live up to that phrase emerged from that time, the Museum of Bad Art (MOBA) and the Museum of Fred (MOF), to name two. You would expect to find them in places like Santa Fe, Aspen, and Maui, places where large quantities of unredeemably bad art congregate, but no — that would be to misunderstand. MOBA’s three branches are located in the suburbs of Boston, and Fred Beshid of MOF, a writer, artist, curator, and filmmaker, lives in Los Angeles, though his museum only exists online. All the collections appear to have been assembled in the 1980s and 1990s, a time when wise guys were scrambling to present an alternative to the professional career success model that had just taken hold as the art world was getting its first real taste of the new corporate overlords.

After the wider public’s brief infatuation with thrift store paintings, however, the genre fell back into obscurity, along with the obsession with vernacular photography, another democratic curatorial endeavor. Over the years I’ve lost or abandoned my thrift store paintings. They’re the ones that always seem to get lost during the moves. But I uncovered these three little gems in the last few weeks during my obsessive trawls at the Alemany flea market. So I’m having an impromtu exhibition in the bathroom à la Gracie Mansion’s Loo Division. I know it’s way too predictable having the good art in the gallery and the bad art in the bathroom, like it was some kind of porn. But there you have it. Every gallery has its limitations. 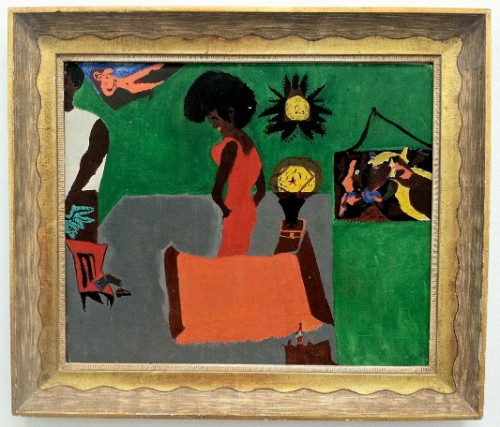 Strange-Necked Woman in Bedroom with Man Drifting Out of Frame, c. 1970 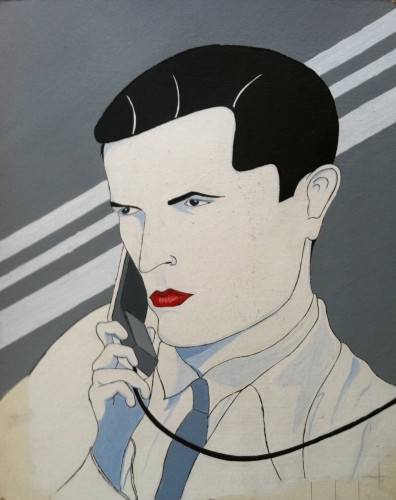 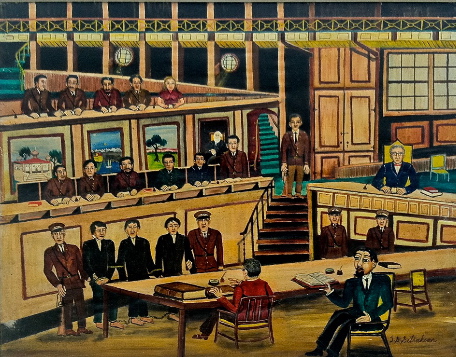 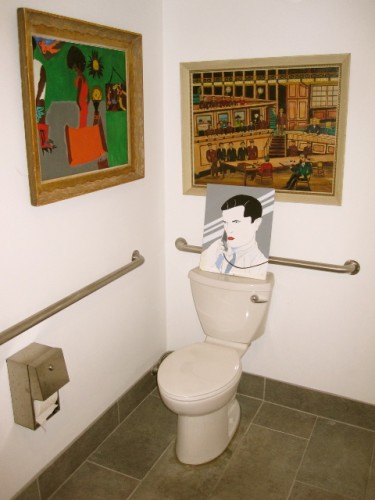