A Queer Tour of the Permanent Collection: Introduction 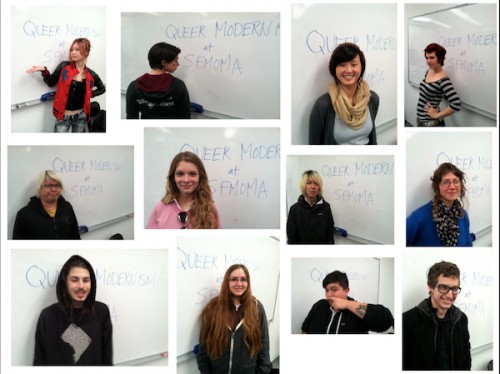 A few members of the “Queer Modernism” class at California College of the Arts, Fall 2011.

Last fall, I taught a course called “Queer Modernism” at California College of the Arts. We focused on marginalized schools such as magic realism and neo-romanticism; figurative practices such as portraiture; queer inflections of abstraction; creative platforms such as ballet and opera–all of which have been instrumental in forging modern sexual as well as artistic communities. In part due to biases against dissident sexualities and unconventional gender performances–sometimes overlaid with biases against racial difference–these areas remain recessive within dominant histories of American Modernism. Yet they form a culturally significant constellation: in essence, a queer matrix of 20th-century American art.

As a class project, my students traced a queer itinerary through the permanent collection at SFMOMA, culminating in a queer audiotour of the museum’s holdings.  Each student first wrote an introduction to queer art at SFMOMA, explaining the interest of our queer intervention: How does looking at art through a queer lens show familiar works in a new light and, more generally, change our understanding of modernism and its canons?

We used the term “queer” loosely. It could apply to any work that lends itself to queer interpretation, contributes to a critique of sexual/social/artistic norms, celebrates homoeroticism, refuses a fixed identity, participates in the establishment of a dissident cultural lineage, and/or subverts gendered power structures. Sampling the introductions reveals the rich variety of approaches to Queering SFMOMA that this exercise engendered. 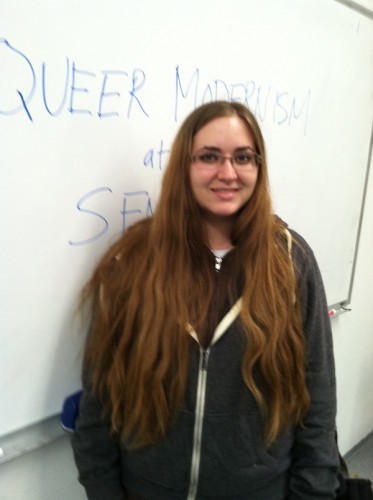 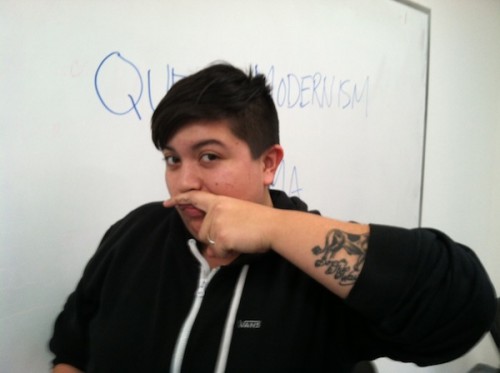 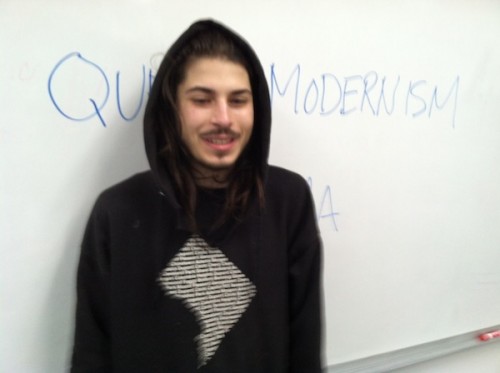 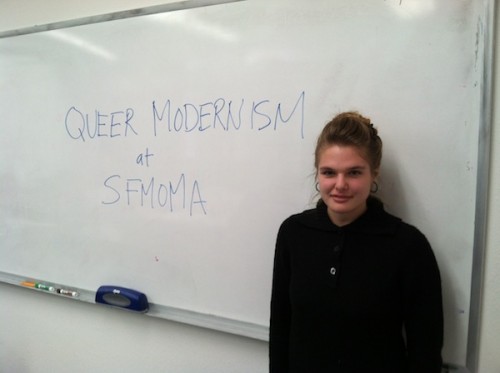 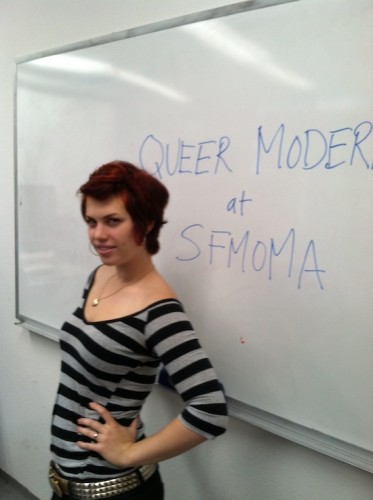 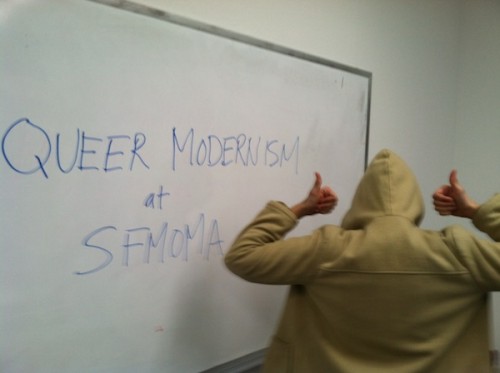 Based on focused research, each student ultimately produced an audio stop illuminating one work of art from a queer angle. Posts in this series incorporate audio stops on individual artists and artworks to offer queer readings of the museum’s rich holdings. Artists to whom this tour pays tribute include Agnes Martin, Claude Cahun, Jess, Robert Gober, Janine Antoni…