Congratulations to Nick Vossbrink, winner of our Facebook “love letter to art” contest! 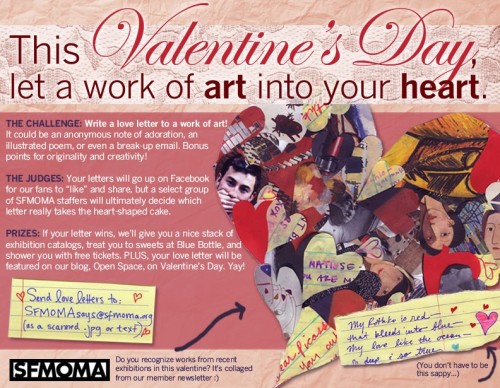 A couple of weeks ago on SFMOMA’s Facebook page, I put out an invitation for folks to take their relationship with art to a whole new level: by professing their feelings in the form of a love letter. If you’ve ever written a real love letter to somebody, then you know all about the complicated emotional journey that inevitably unfolds as you try to sort your feelings into coherent words and sentences. Since writing about art can produce a similarly complicating/clarifying effect, I thought this project would be a fun way for people to get closer to an artwork they already had feelings for.

Many of the letters were swoon-worthy, but of course only one letter could be The One. To make matters more complicated, all of the SFMOMA staff members I asked to weigh in seemed to favor a different letter, which only proves the fact that love is unpredictable! Still, and yet, we did find a way to commit: the winner of our “Say it loud and proud: I LOVE YOU, ART” Valentine’s Day project is this sleeper of a submission: a love letter to Robert Rauschenberg’s Erased de Kooning Drawing, in the form of an email: 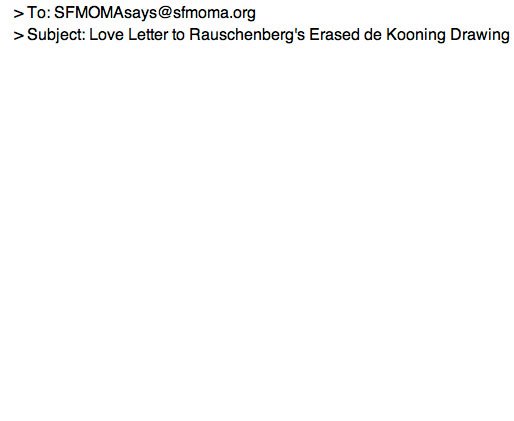 Since the email’s body had no content, it was sent to the bleak purgatory of my spam folder and almost lost forever. I love this submission because, as with much great conceptual art, it’s not what’s there but what’s NOT there that’s interesting. Although this love letter lacks the hearts and glitter of a traditional valentine, it takes the soul of the work to which it is addressed into the future, and isn’t that the deepest kind of love?

In this wonderful Joseph Cornell–inspired box sculpture made for the original iPhone by Jonathan Ive, we see an analog manifestation of the way our technology carries the love notes of the digital age: 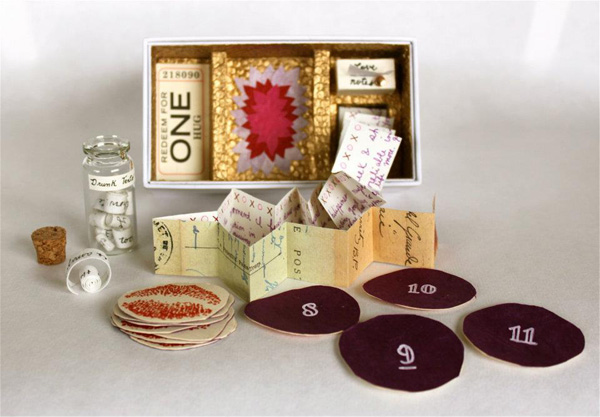 In this jazzy love letter to Henri Matisse’s Femme au chapeau, I see a playful synthesis of the artist’s early fauvist work and his later work with collage: 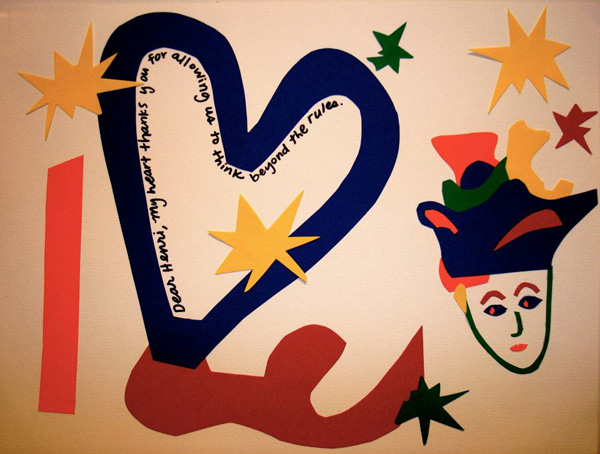 “Dear Henri, my heart thanks you for allowing us to think beyond the rules”

Finally, I just love this letter to Mark Rothko’s #14, 1969 — it seems to echo the sentiments of many who have come to love Rothko’s work, despite it being somewhat difficult to get to know: 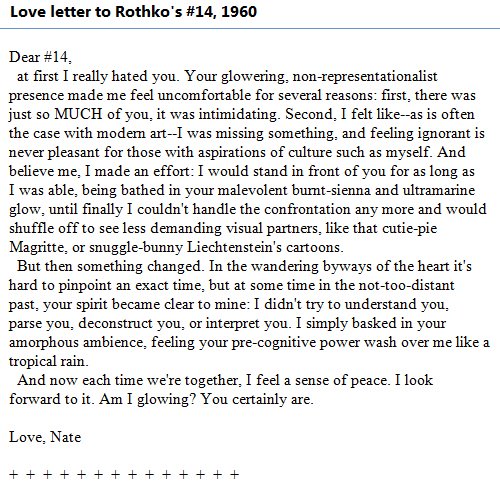