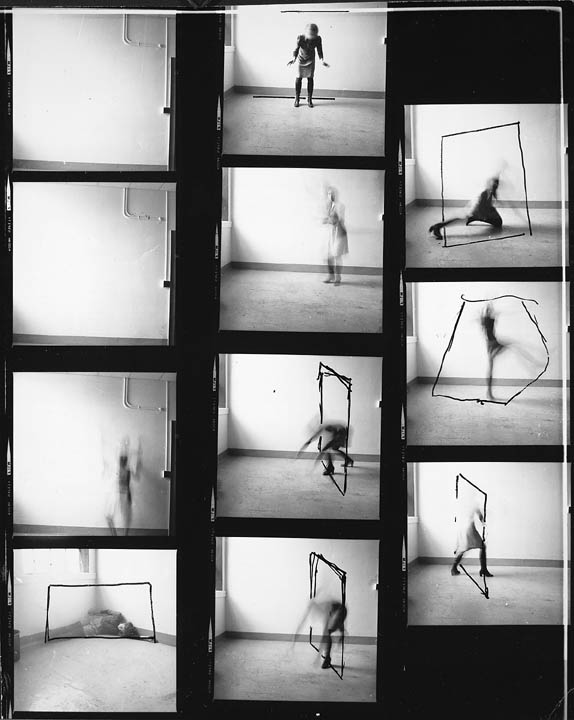 When I was 22 I couldn’t imagine life going on any longer. It wasn’t because I was sad or depressed, though I probably was. It was because I could not see beyond that year, at the end of which I would graduate from college. That event — my graduation — had loomed for so long as a destination, I could not fathom that it could also be a starting point.

The summer before my final fall semester I had a conversation in a bar on Cape Cod with a boy who woke up every morning that August and drank vodka with cranberry juice, refilling his glass as the day wore on. He was the same age as I was. “Doesn’t it feel like things are just supposed to stop now?” I asked him. “Like nothing comes next?” He agreed, as I thought he would. Time’s progression felt like diving off a pier.

I saw Francesca Woodman’s photographs for the first time that winter. Several were included in the exhibition Mirror Images: Women, Surrealism, and Self-Representation, on view at SFMOMA in January 1999. I went to the show with my mom and my brother over Christmas break. I remember stopping to stare at the work of this artist who committed suicide at 22. I was transfixed: she was swallowed by fireplaces, blurred in movement, draped over mirrors. The images of tumult and motion, disintegration and transformation, held me in place.

In Untitled (1976), a contact sheet of 11 photographs, Woodman physically articulates the experience of transition. Black frames, hand-drawn over the prints, function as borders and entryways, dividing the room into zones and facilitating her passage through them. In the two bottom images in the center column, she experiments with her body’s boundaries. With her feet on the right side of the passageway, her arms thrust through the opening while her torso hangs in between. Divided, her identity a blur, she is counterpoised between the past and the future. Standing before her photographs, suspended in a young adult purgatory I thought I would never leave, I felt the same way: illegible, pulled in two.

Moving toward my own undetermined future, drawn to images of transition and instability, I spent my last spring semester writing a paper for my art history class on Sally Mann’s At Twelve, the photographer’s portrait series of 12-year-old girls. In the book, Mann depicts the pregnant moment between childhood’s end and adolescence’s beginning. With jutting hips and cocked elbows, arms and legs bared in the Virginia heat, the girls evince a palpable restlessness; they seem to outgrow their skin, their surroundings, right before our eyes. Though they stand motionless, change hums beneath their surfaces. Unlike in Woodman’s Untitled, the harrowing moment here takes place after the photo is taken. In the space of these images, the world is a stable thing. And it is this juxtaposition — between the girls’ temporary poise and our knowledge of the tremendous changes awaiting them — that gives Mann’s series its sense of foreboding. 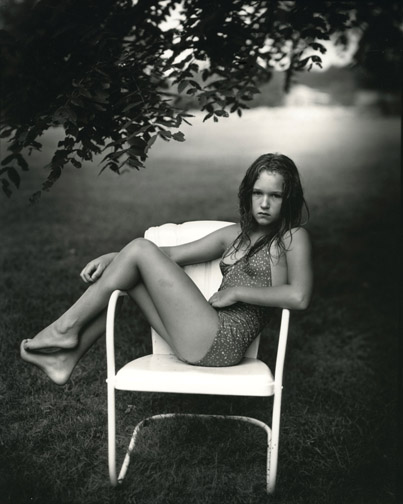 Describing her subjects’ metamorphoses, Mann writes, “As in all transformations, there is an element of sadness. Something very familiar, very comforting is being left behind for the unknown, which beckons her, siren-like and irresistible. She is, as Rilke once observed, seated before her own heart’s curtain. Intolerable, the waiting and the melancholy. All changes, even the most longed for, must have their melancholy.” Her words paraphrase those of French poet Anatole France (1844–1924), who wrote, “All changes, even the most longed for, have their melancholy; for what we leave behind us is part of ourselves; we must die to one life before we can enter another.”

Both passages convey the boredom and urgency, the failing of foresight, that accompany a transition. Each insists that change is a cyclical process, requiring that we “die to one life before we . . . enter another.” We become certain of the next step only after letting go of the previous one, and oftentimes, neither is a fixed site. We move toward supposed endings that, once reached, simply push us forward onto new trajectories.

Photography is often credited with having the ability to stop time. In a photograph, running water becomes a clear wave, and a stampeding mob becomes a motionless crowd. In a photograph, a girl rapidly transforming into an adult can pause her own evolution, if only for a frame. Nearly all photos contain this illusory stillness, despite the unrest of the actual. But Woodman denies us this temporary serenity. In her refusal to stay still before the camera, she asserts the primacy of the transitional moment — the one when we are in motion, separated from the past but not yet integrated into the future. For although we want to believe our experience is structured into an itinerary of stable departure points and destinations, her version is closer to the truth: we spend much of our time in between.

Victoria Gannon is a writer and editor living in Oakland who is interested in the ways that autobiography can intersect with aesthetic experiences. A senior editor at Art Practical, she writes a monthly column for Art21 and works as an editorial associate at SFMOMA.

Tags: Francesca Woodman, One on One, vgannon, Victoria Gannon