Third Hand Plays: Putting It All Together, the “Comedy of Separation”

Marks on clay bullae denote the contents inside, clay tokens in shapes determining their value as grain, livestock, etc.

I’m sure some of you have noticed that a fair portion of my examples illustrating these “comedies” can best be described as harmless doodles — one-offs by bored adolescents, digital “folk” art by people otherwise preoccupied with their day jobs as graphic designers or computer engineers, or forays into digital text by artists whose main concerns lie elsewhere. My reason for this is that I found that in the early days of the internet, what often seemed more interesting to my friends and me were not the big, virtuoso digital art pieces that desperately wanted to insert themselves into the grand traditions of (usually pictorial and cinematic) art, but the mystifying little things that toyed with a single concept really well. The theory of the comedies permits me to take into consideration the entire range of digital text work — serious, amateur, mischievous, even criminal — without bothering with distinctions of high and low, naïve and sophisticated, half-realized and achieved, and the other evaluative language that we rely on to help us determine the value of singular pieces of art.

My hope is that one can use the comedies as a way of discussing what I call “cumulative” works of digital text-art, in the way that one can focus on different elements of cinema — montage, mise-en-scene, camera frame, composite, acting, screenplay, etc. — and use them to describe the cumulative effect of a feature film. No one of these elements ever dominates in features; we turn to each as required to describe the value of any moment or sequence. David Clark refers to certain of his works as “features”; most of the work I’ve looked at during this series could not be described as such, but they do exist.

I also feel that each of these comedies seems to represent some axis that one encounters in philosophical discourse, which is to say, they can roughly be mapped on a very general outline of the major recurring themes, specifically as concerns metaphysics, consciousness, and politics. My breakdown looks roughly like this:

By “tool,” I am thinking of Heidegger, but more specifically Graham Harman’s adoption of Heidegger’s tool theory as a way to describe all relations between objects (his version of “object-oriented ontology”) in which the category of objects extends to “a mailbox, electromagnetic radiation, curved spacetime, the Commonwealth of Nations, or a propositional attitude.” To put it reductively, it is only when a tool becomes broken that its tool-qualities become tangible to the intellect (thus, for example, it is only when a toxin is released into the air that one becomes aware of air’s “tool” nature). The comedy of recursion does something the opposite of the comedy of dysfunction: it turns the sign in on itself to such a degree that its indexical properties are entirely elided: the sign forfeits all potentiality as representative of objects. My favorite example in literature of this process is in Italo Calvino’s If on a winter’s night … in which such objects as the grapple hook seem to fade to abstraction, or become invisible, with each new layer of perception. The grander “comedy” that frames all of this I call the “comedy of separation,” the basic idea being that language usage has progressed through history from something that we closely associated with the body and “presence” to being largely transferred, even “understood,” by other language, namely code. The major milestones in the progression of speech and language can be roughly schematized like this:

If we add just another level of detail to his schema, we can see that language usage has progressed in a somewhat circular fashion, and with simple strikes (indentations on clay bullae, binary code in punch cards) and simulation (mimicry denoting objects not in the immediate surroundings, but also ironizing the emotions, block print reproducing hand script) as recurring features.

Punch card. Why your mom got all those extra bank statements in the ’70s.

Denise Schmandt-Besserat, Derek Bickerton, Walter J. Ong, Marshall MacLuhan, and Lev Manovich are among those who have described phases along this progression, but so have philosophers of language like Wittgenstein, who really troubled the relation of language to the body. However, for now, I see my schematization as mostly playful, and not one I hope to situate within the contexts of the arguments of these (and other) thinkers. The comedy of separation occurs when the machine is employed to exaggerate this very progression of language from being an “inarticulate” expression of an inner state of, say, pain, hunger, or psychic isolation — an expression which in tribal culture probably had many receivers — to being the plaything of algorithm itself, indifferent to the individual’s situation (of pain, of hunger, of isolation) in the physical world. This helps, if anything, to explain why truly “subjective” writing, such as lyric poetry and confessional autobiography, feels so strange on the internet — it’s not that the internet is “public,” since after all people read lyric poetry and confessional biography in public venues, but that it is upheld by, and subject to, the operations of algorithm. I hope to elaborate upon this argument after many more hours of research; for now, suffice it to say that we are now in a situation in which much of language is being stored, transported, refigured, and made visible by beings with some small but powerful degree of agency — namely, algorithms — but which have no truck with the ethical conventions of humankind. The algorithm is a major player in our social and psychic world.

As for the works of “cumulative” digital literature that these theories should describe — the big-budget features mentioned above — I’ll give you one last bullet list of more involved works that I think are well worth looking at: 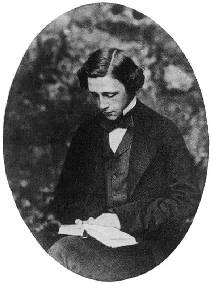 These pieces generally eschew what I consider big no-no’s in digital text art — not elements to categorically dismiss, but to my highly conceptual mind, those that are stranded, largely ornamental, if the digital piece doesn’t exhibit some of the properties in these “comedies.” Such negatives include: illustrational and seductive sound; illustrational and seductive imagery; pseudo-indeterminacy; flat GUI (graphical user interface) metaphors; self-involved prose styles; lyrical subjectivity; sincerity; pointless or irrelevant collage; the fictional (or any genre-defined) frame; tedious factuality/ documentation; unconstrained creativity; involved narrative; ungoverned, pseudo-communal authorship; mysticism about mind/ computer relation; and finally, lack of humor. Basically, the artist must submit to the spirit of play inherent in anything having to do with algorithm, and engage the user in such play, as well, otherwise, the algorithm is merely an unpleasant despot. Digital literature often being premised on interaction, it is wise to adopt the stance Lewis Carroll took in his Alice stories, which is to lie a little, tease a little, subvert a little, to engage that childlike capacity in everyone to play, and by playing, do.