In honor of the 50th anniversary of the founding of Canyon Cinema, and the recent release of Quick Billy on DVD, Bruce Baillie and Canyon Cinema present the restored version of QUICK BILLY in all its four-reel, 16mm glory at 7 p.m. this Thursday, Sept. 29, in SFMOMA’s Phyllis Wattis Theater, followed by a reception. For more information, including ticket purchase, click here. 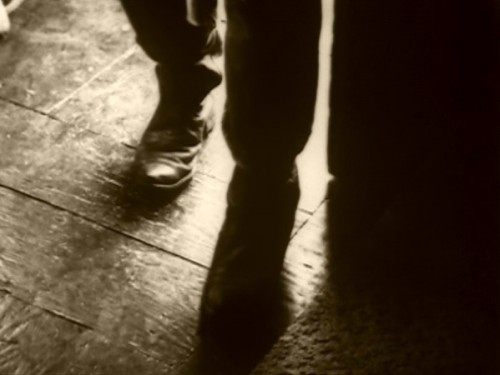 Bruce Baillie’s odyssey in the 1960s is arguably the central legend of American film art of our nation’s most convulsive decade in living memory. After founding Canyon Cinema in the tiny Redwood-laden East Bay hamlet of Canyon, CA, in 1961 (the organization would eventually evolve into both the independent film distributor of the same name and the ever-vibrant San Francisco Cinematheque), Bruce began a series of Kerouac-ian treks crisscrossing the North American continent. Often living out of a Volkswagen bug, he produced an astonishing series of visionary film masterworks. Taken collectively, this body of work, including Mass for the Dakota Sioux, Quixote, Valentin de las Sierras, Castro Street, and All My Life, was nothing less than the dream odyssey of a film shaman on a mission to diagnose and heal the psychosis at the heart of the American soul. BB finally paused his travels for a period in 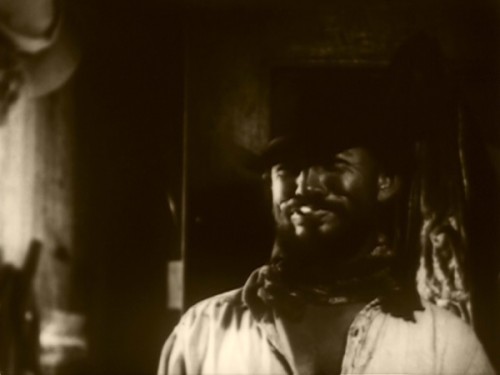 the mid-’60s, when he joined one of the early experiments in ’60s communal living, Lou Gottlieb’s Morningstar Ranch, in Sebastopol. At Morningstar, Bruce lived rough but maintained an immaculate shed in which he edited several of his major works. It was the idyllic, hippie-period utopian living situation in the midst of being created, but it all came crashing down when hepatitis spread through the ranch, causing several deaths. Bruce’s own severe bout with the disease would soon lead to an unending battle with the then-unknown and unnamed Chronic Fatigue Syndrome. During his recovery, Bruce began shooting the hourlong, four-reel Quick Billy, an autobiographical rendering of The Tibetan Book of the Dead, in which a soul’s passage through the stages of death and the afterlife is explored in visionary form for the first three reels, then reworked and burlesqued as a silent movie Western in the last. Quick Billy evinces the ethos of a Mad Medicine Man, which characterizes all of Bruce’s work, but with an added dose of poignancy occasioned by its maker’s sojourn with death. As always with Bruce, impoverishment of means is melded with technical virtuosity. On a visit to Bruce’s Camano Island, WA, home last year, Bruce described for me, and our mutual friend Timoleon Wilkins, the genesis of Quick Billy: 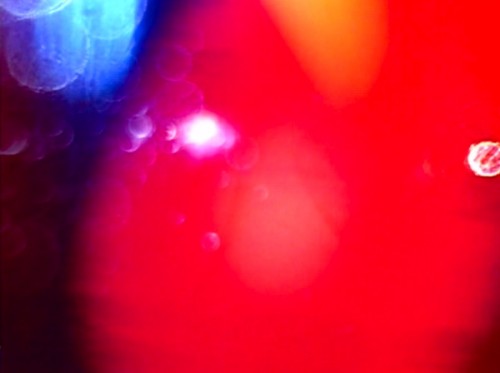 BB: I caught hepatitis almost a year before I started working on Quick Billy. I got the hepatitis at the ranch, then I retired to Berkeley with my parents to lie on the floor next to the couch for the next nine months. It was a real knockout. It was kind of a question of whether I could live or not. Several of my friends had died of it. It wasn’t serum hepatitis, but it was a very serious case that some of us had. And after three or four months, I started to try to walk around a little, and then started to try to drive. That’s how I found myself up at Fort Bragg, where most of my friends lived … I started (shooting) about nine months after the onset of the disease, and a friend let me stay in his cabin on the beach. That was a lifesaver.

BA: That’s where you eventually shot the dramatic stuff for reel four? 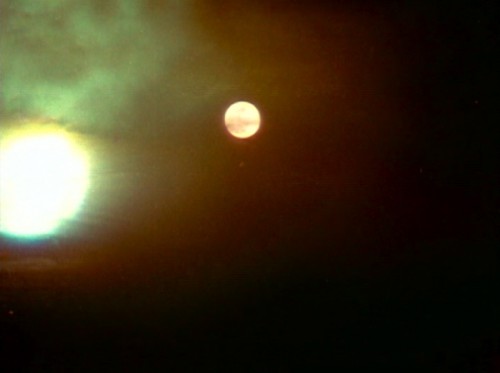 BB: Yeah, we shot that there, too, and that was kind of — in some ways a recapitulation of all the basic themes in terms of a very abbreviated Western genre kinda thing, as you know. And with all the principals of my life and world around me taking parts. We just kinda made it up as we went. We had this high-contrast black-and-white film for titling labs used, and I gave it an ASA rating of probably 6 or 12 or something. And I only had one lamp, a photo lamp. So we had to shoot wide open at 1.4 all the time.

Part of the cure was having, by chance, run onto the Bardo Thodol — The Tibetan Book of the Dead. I don’t know where I ran onto it, but I took it as a daily gospel in a sense — a source of real information for transit between: between … between. Period. God knows how to say between what and what. For example, between death and rebirth, the transit (of the soul) … The metaphysical information — how to deal with the trip of the spirit, and the death of the body, and what to do with the intellect, if anything, and the emotional mind, and all the rest of that, and it’s all kind of covered in (the Bardo Thodol) … So I got into the color coding and everything that referred to — the universal directions according to Tibetan mythology, for example. I didn’t in a 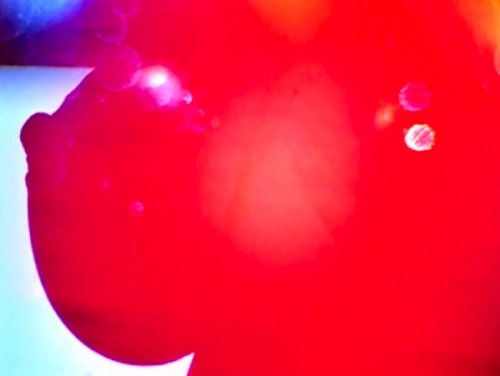 fundamentalist way literally subscribe to somebody else’s literature, but in finding The Tibetan Book of the Dead, I found a manual on how to make it in that situation that is after life, or between, and that was the experience … That is the essence of that time and experience, and so I naturally took to recording as one might. You know? How does one document the invisible? The affairs of the soul, the troubled affairs of the soul in this case — the “in transit” — how do you record that? So, I set up a sort of aquarium in a big window facing south, where the Northern California sun would be giving me a nice backlight, and I put a lot of stuff in the aquarium that I’d find on the beach, and a lot of colored rocks, marbles, what-have-you. I don’t remember exactly what all this stuff was, but then I’d set my camera and tripod up when I’d have maybe an hour of strength to work, and shoot against this winter sun, I think it was, mostly. Sparkly and low in the sky. And, just, oooo, light was the whole essence of the adventure. Either the loss of light, or the recovery of light, or the DIS-covery of light — capital “L,” life, light. I was shooting with 16mm Kodachrome, for the contrast and the saturation it would allow, and with a macro-telephoto lens. It was very nice, that three-inch (75mm) macro lens, (and equipped) with extension tubes (to multiply the telephoto effect). These give you a different focal length, sometimes very 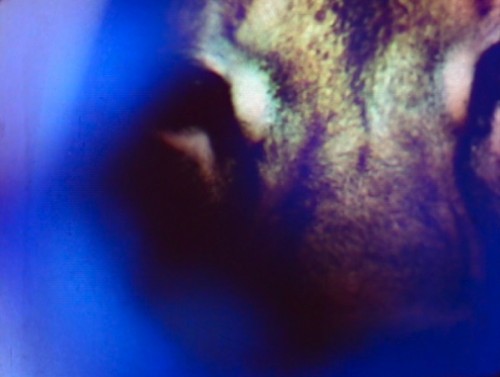 short. The focus must be hairline, or you could reach way out to where it would be a little more reasonable. And so I started recording the experience that way, and I was concerned with, and aware of, color segments, or scenes. Whole scenes, sections, that would be maybe essentially red, earth red. Part one was the “light” section, or aspect of the journey, beginning with pure light — no action, no movement, no thought, no thing, just illuminated frame — pure white, pretty much, from the sun, actually. And then gradually degenerating in a sense into identifiable imagery — purely abstract for a while: from the sea, bubbles and so on, and then becoming creatures. All within certain interrelated patterns: the blue, the masculine, the eternal aspect. The red and the yellow of earth, and the direction south, (these were all symbolically significant) in this particular mythology that I was basing my efforts on. Reel two is just the exact opposite construction: of all the negative aspects of terror, fear, for example. So that’s the way it went.