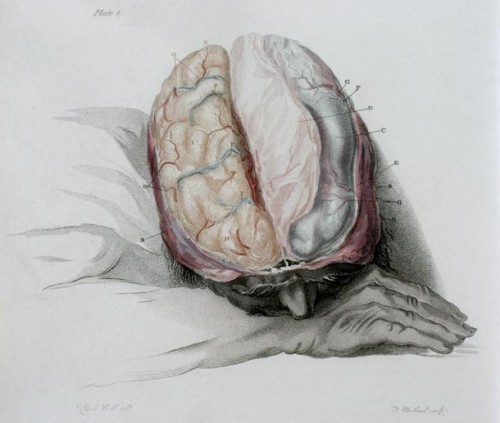 Charles Bell, Anatomy of the Brain, 1802

Accolades for smart, creative people are rarely as glamorous or lucrative as the MacArthurs. I always get a little thrill when the annual “genius awards” are announced, as the idea of an artist getting five hundred grand is a wonderful thing, something akin to winning Best Picture at the Oscars. There’s pleasure even in begrudging a winning artist whose work you take issue with — and believe me, there have been more than a few of those over the years. But more often, the fellowships have seemed to define a level of creative endeavor admirable for artists’ commitment, belief, and often level of political and cultural activism. Artists including David Hammons, Vija Celmins, Julie Mehretu, Cindy Sherman, James Turrell, Robert Adams, and Kara Walker are part of that John D. and Catherine T. MacArthur Foundation–vetted list.

And so on Tuesday, when I saw the headline, I eagerly clicked the New York Times link to the story on the 2011 winners. I scanned the text, looking for a name I recognized, only to find visual artists were not represented in the heterogeneous list of twenty-two. This year there were poets, musicians, neurologists, lawyers, historians, and psychologists in the mix, but no one you’d expect to find showing or performing at SFMOMA. No painters, sculptors, filmmakers, photographers, choreographers, or curators. No purveyors of relational art. The only winner who comes close is Jad Abumrad, the cohost and producer of Radiolab, the NPR series that a few of my MFA students cited as a program that inspires them in the studio with its strange but true narratives of the human brain.

Reading that list, I felt slighted and concerned for the creative class. Are the visual arts losing their cultural sway? The Times coverage quotes a foundation official stating that “fellows are selected for their creativity, originality, and potential to make important contributions in the future.” Does that mean that there aren’t visual artists today who are forward-thinking enough to fit that bill (or to be able to pay it with the regular award disbursements)? We could conjecture that the heated art market in recent years drained some of the meaning and cachet from the arena or figure the selection committee was contemporary art–challenged. Or perhaps the jurors were more convinced that other genres make more sense in these uneasy days when it’s hard to imagine having a meaningful impact on an increasingly uncertain future. This year’s MacArthur list seems to suggest that science, humanities, and poetry may just trump video installation in this regard. Is this a fluke, or do we need to be a little smarter?