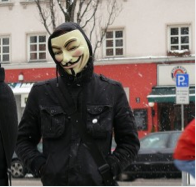 Rule number one for BART cops: DON’T SHOOT THE PASSENGERS. Hell, you have my permission to beat the BART riders with billy clubs, handcuff them, arrest them, tase them, pepper spray them, but for God’s sake, DON’T SHOOT THEM! Everyone knows that when cops shoot you they aim at your head or your chest. Cops don’t shoot to wound or disarm, they shoot to kill. If I am wrong please enlighten me. And whatever happened to rubber bullets? If BART cops have the green light to shoot at riders, can’t they at least use rubber bullets or some other non-lethal force? Gladiator nets? Cattle prods? And by the way, why does it seem BART cops are shooting a disproportionate number of black people? Again, if I am wrong please enlighten me. If BART wants to look better in the media, that’s a good place to start asking questions.

Everyone recalls the shooting of Oscar Grant in 2009 on New Year’s Day. He was the 22-year-old black man who was lying face down with his arms behind him when a BART police officer shot him in the back. The officer in question was Johannes Mehserle, who just served 2 years in prison after being convicted of involuntary manslaughter.

Then last month, on July 16th, 19-year-old Kenneth Wade Harding Jr. was stopped by police for “fare evasion” at a light-rail stop on 3rd Street and Palou Avenue. When he ran away he was shot at “about nine times” by San Francisco police officers. Harding jr. was said to have shot at police while trying to escape. However, many eye-witnesses believed he had been gunned down by them in cold blood. Then as the story evolved days later, the coroner determined that Harding jr. had actually shot and killed himself as he ran, perhaps by accident. But with the July 3rd slaying of Charles Hill, who was allegedly homeless and drunk at the Civic Center BART station, officer involved shootings on San Francisco public transportation is  starting to look like a pattern. That’s not good for the image of the police, BART, MUNI or San Francisco.

I understand that cops have an impossible job. In fact, it is perhaps one of the hardest jobs in our society. People lie to them constantly and attack them just for being authority figures. But honestly, isn’t conflict resolution what cops are supposed to be good at? Killing people over fare evasion or acting out because they are drunk, stoned, or mentally ill? That’s not right.

It doesn’t help that Anonymous has joined with community activists and other groups to protest. Doesn’t it seem a little over-the-top to adopt the Alan Moore–created, V for Vendetta Guy Fawkes masks as their own? And doesn’t it seem really stupid and immature to attack the BART website and then expose the confidential information of BART customers? Why do that? How does that protest a shooting? How does that honor Charles Hill or help solve the problem? Is that the only data they could access and so they published it? Grow up! It’s the geek equivalent of throwing rocks at windows just to get noticed and have your friends say how cool you are. But seriously — how does attacking the BART site in that way actually help things? Wikileaks publishes for political reasons and is careful not to appear arbitrary in what it does. Anonymous is no Wikileaks and doesn’t appear to be interested in having the moral high ground, which is essential to have in a successful protest.

Earlier this summer when the Egyptian government shut down internet and cell phone access, it was also making mass arrests and killing demonstrators. It sure didn’t have the moral high ground. Both sides were fighting a technological war to frame the narrative of “the Arab Spring” revolution. The protesters clearly had the moral high ground, and that led to popular support and the uprooting of their oppressive government.

But in San Francisco BART made a stupid decision to also interrupt cell service as a means of disrupting protests — and who knows, maybe trying to control the narrative? Such a desperate act was pretty dumb, and BART should know better. The truth is that neither the BART riders, its customers, nor the protesters are an “enemy.” Nor is anyone trying to overthrow BART. People are angry because of the lack of leadership in dealing with a series of preventable deaths. That’s why people are protesting.

I have a feeling, though, that this is the face of contemporary protest movements — both sides employing social media (Facebook, Twitter, smart phones, and mobile-to-mobile networks) in order to get the word out, and in some instances, using both chaos and anonymity as a tactic. It’s hand-to-hand, cell-to-cell combat! After all, everyone knows what is at stake — it’s the winner who gets to write the official history. Go ask Guy Fawkes.