Admit It, Deep Down You Think New York Is Really Just Better than San Francisco in Every Way. 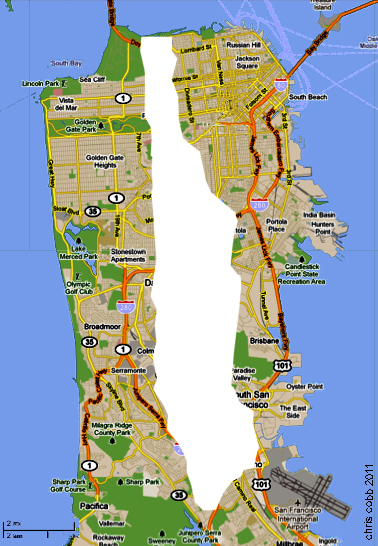 Manhattan juxtaposed with San Francisco at a 1:1 scale

I am standing on top of the Empire State Building in New York, where King Kong once stood, and it’s tempting to try and calculate how many tiny, insignificant San Franciscos would fit into Manhattan. It’s tempting because I had the idea to just levitate all my friends and the whole peninsula across the country and just sort of set it down somewhere by the Statue of Liberty or Staten Island so they could all lead happier, more fulfilled lives.

But then as I was planning my levitation trick I decided to do some research, and to my surprise I discovered San Francisco is actually BIGGER than Manhattan!

So anyway, where was I? Oh yeah, how New York is so much better than San Francisco. I mean, that’s what I kept hearing when I was drinking beer at the Uptown on 17th Street or at Specs in
North Beach. Or when I was having my morning coffee at Café Trieste. All I’d hear was New York this, New York that. It’s where all the REAL artists go. If you listen to what a lot of people say you might
just believe all you need to do to get rich and famous is just pack your bags and move out here. 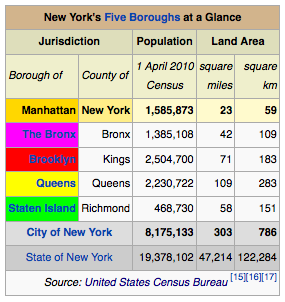 After all, that’s what Wayne Thiebaud did in 1961. After having no luck showing in San Francisco while he was teaching at UC Davis, he decided to drive across the country with his friend Mel Ramos. They had all their canvases rolled up in the back seat and just took them from dealer to dealer until Alan Stone gave him a solo show. Simple. Thiebaud shot to fame as a Pop artist, and now his paintings are worth millions. So if he could do it, why not you? Then there’s Kehinde Wiley and Aaron Young — both of whom went to the San Francisco Art Institute just a few years ago, got graduate degrees at Yale, and then moved to New York and got rich and famous. So why not you?

Yes, why not me? It all sounded so compelling when I was living a block from the Transamerica Pyramid building in Chinatown. The success stories were told over and over like a mantra, but the reality is that artists moving to New York are like wannabe actors moving to Hollywood — there are only so many roles and far too many actors. And out of the actors who actually have a shot, there are very, very few really gifted ones. It’s the same with art. In Hollywood there are thousands of “actors” working as waiters, and in New York there are thousands of “artists” working as art handlers or dishwashers. Seriously.

On the other hand, if San Francisco is so bad, why did Alfred Hitchcock film his masterpiece Vertigo there? Or why did Allen Ginsberg decide to read “Howl” there first? Or more importantly, if I believed in God I would wonder, why did God create some of the best weather in the world just for the Bay Area? For all the New Yorkers suffering from heat waves accompanied by unbearable humidity, or snowstorms that can dump two feet of snow on the city overnight, watching outdoor movies in Dolores Park sounds pretty good.

So why all the New York envy? Isn’t it good not having to run up and down subway stairs all the time? Being pushed and prodded by moms with strollers and old men with strange rashes all over them? Or being yelled at by little kids who learn how to insult strangers from their parents. Last summer a little girl screamed at me from across the street to “get the hell off the sidewalk” when I was riding a bike. 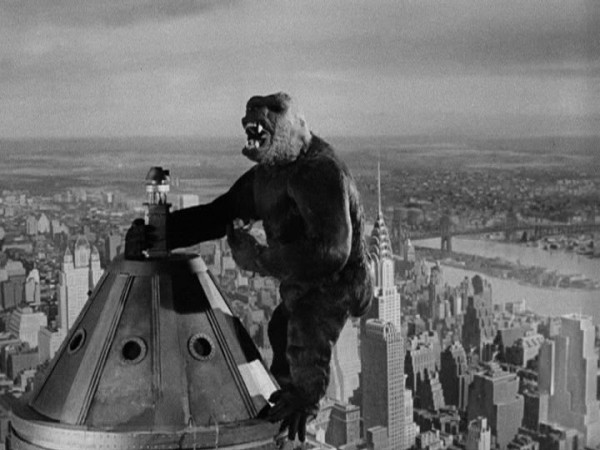 From the 1933 film King Kong by RKO Pictures

So as romantic as all of that sounds, none of it is to be envied. And the crowds, as mesmerizing as they can be when you come to Manhattan for a short visit, can grind even the most sane person down into a shadow of his or her former self. If you don’t watch out the crowds will sap all of your energy and make you very cranky. I’m sure you’ve met these abrasive New Yorker types before, so take my word for it — you don’t want to become one.

But maybe you can blame that on Brooklyn. Manhattan is flooded with people from Brooklyn 24 hours a day, so the Manhattan population figure I quoted is deceptively low. If you add it all together — Manhattan, the Bronx, Brooklyn, Queens, and Staten Island are collectively called New York City — the five boroughs have a combined population of 8,175,133. And that’s not counting all the tourists! So before you start talking about how you want to move to New York so bad because San Francisco sucks, remember what happened to King Kong.