“Palimpsest, i.e., a parchment from which one writing has been erased to make room for another.” H.D.

The first time we met, in the roaring context of a crowded Studio School New Year’s Party, he soon said to me, “But of course words are your métier.” From there on there was no gulf between us as poet and painter. (Page ix, Philip Guston)

And Philip Guston, talking about Coolidge:

The few people who visit me are poets or writers rather than painters, because I value their reactions. Looking at this painting [Deluge], Clark Coolidge, a poet who lives about thirty miles away, said that it looked as if an invisible presence had been there but had left these objects and gone somewhere else. I like that kind of reaction, compared with reactions like “The green works, the blue doesn’t work.” (Page 284, Philip Guston)

Here are a few pages of a book collaboration they did called Baffling Means, published by the small press O-Blek Editons in 1991. 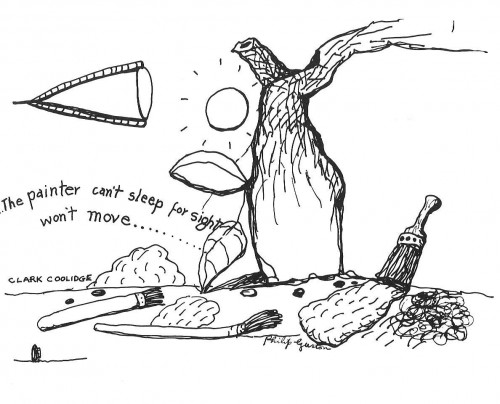 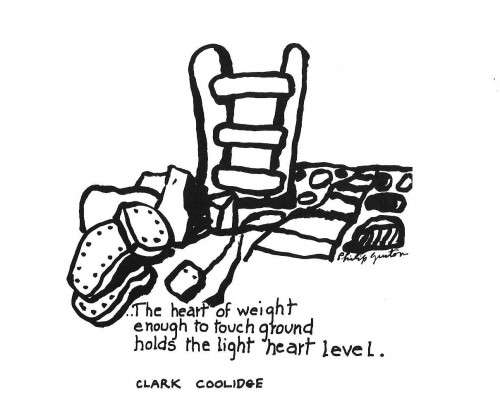 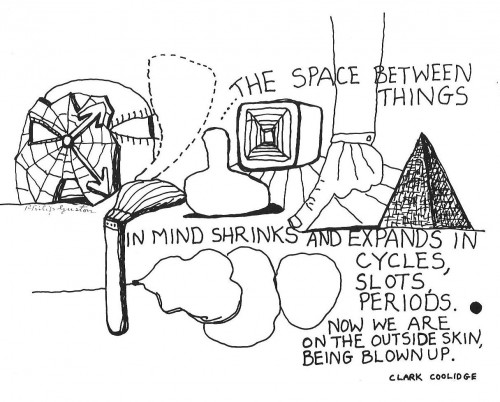 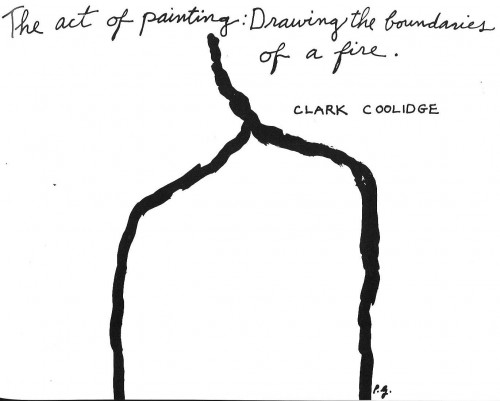 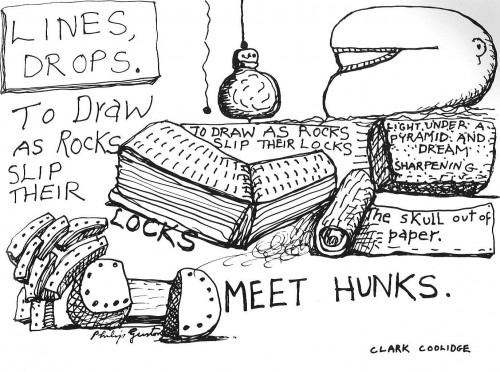