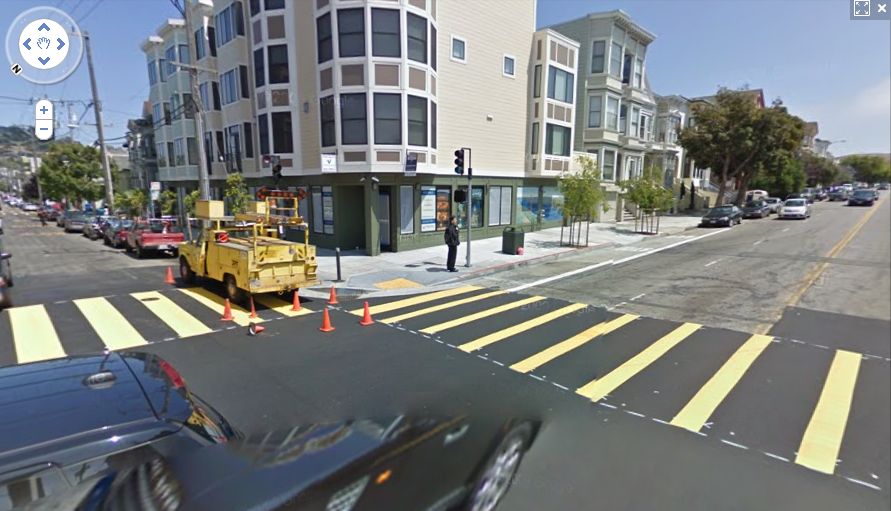 The steady, Saturday night precipitation on March 19 did little to deter droves of SF art lovers — myself included — from hitting the coordinated gallery openings in an increasingly vital zone east of Harrison Street. Dubbed Lunar Mission in honor of the moon’s uncharacteristically close proximity to the earth that evening, perhaps the audience was drawn by some gravitational pull: The galleries were full enough, the wet sidewalks were well populated that it just as easily could have been one of the rare, balmy, stroll-worthy San Francisco nights we experienced this week.

But in the rain, I had to wonder what we were all looking for as our umbrellas were turned inside out by the bluster. Is it a sense of community to shield us from the prospect of radioactive dust clouds from Japan, supporting our artist pals, or free beer that had us all out there that night, or something else?

The whole Lunar Mission effort may have come from a practical urge of a critical mass of galleries — Southern Exposure, Guerrero, Steven Wolf, Triple Base, and other recent additions, as well as stalwarts like Galeria de la Raza — to maximize crowds, but due to its attendance, the night had the feel of an official kickoff of a new art neighborhood. Restaurants are multiplying there, making the whole shebang seem like a bona fide, civic-building, grassroots Art Thing. (Something akin to the legendary opening of MOCA’s Helter Skelter show back in 1992 might be overstating it — perhaps it’s SF’s answer to Oakland’s Art Murmur?) The gallery shows themselves weren’t particularly surprising (most had opened to their own constituencies in recent weeks), so one had to assume that some of the crowd’s volume could be attributed to the appearance of an alluring new kid on the block, the public debut of the Kadist Art Foundation space at 20th and Folsom.

The string of four storefronts in a spiffily renovated building is the U.S. outpost of a Paris-based organization with ambitious goals and perhaps a fittingly amorphous form. The Lunar Mission’s e-mail blast included capsule blurbage on Kadist, noting it “participates in the development of society through contemporary art, collecting and producing the work of artists and conducting various programs to promote their role as cultural agents.” At a champagne toast early that evening, Vincent Worms, the investor who is backing this nonprofit venture, introduced the team of consulting curators and administrators (both seasoned in Bay Area institutions and recently minted from local MA programs), who have been involved in upcoming events, exhibitions, and collections, which, again to quote PR material, “include works that reflect the global scope of contemporary art, and its programs develop an active exchange between Kadist’s local contexts (Paris, San Francisco) and artists, curators, academics, and art publishers worldwide.”

The quartet of spaces are cozy, more intimate and office-like than white cube scale, although one of them houses The People’s Gallery, a yearlong series of solo exhibitions derived from Harrell Fletcher and Jens Hoffmann’s People’s Biennial, a for-hire touring exhibition in which they combed the art communities of the off-the-art-world-radar towns where the shows were held. (The opening show is vintage South Dakota rodeo photos by Bob Newland.) Artists from Europe and Asia will be in residence later this spring, and April sees the start of Wednesday night salons that “will begin and end with a bar,” a format that both acknowledges yet conflicts, time-wise, with Tom Marioni’s invitational, sometimes public salon, “The Act of Drinking Beer with Friends Is the Highest Form of Art.”

After the champagne, there were iced tubs of PBR and MGD, along with trays of really good locally sourced snacks — and more and more people filling the space, steaming the windows. For the duration, warm bodies and buzz overwhelmed anything on view. Nothing wrong with that.

It was the amount of conversation degree of hope and skepticism that most intrigued me that night. I’m not sure I agreed with an arts administrator friend who told me this seemed like a game changer, an institution that could really change SF’s international art profile, but he wasn’t the only one who opined. More people I spoke with expressed confusion as to just what they will experience there in the future. Insular was a term I heard uttered more than once that evening (“An artist-run space for artists in the know,” as it is termed in a Bay Citizen preview.). Still, people were not only there, they were talking.

It is that ripe, too-soon-to-tell moment where we can project our hopes and dreams onto a new venue. I’ve lived here long enough to realize the game never truly changes — our semi-landlocked geography limits our sense of expansion in physical and psychic ways. It is, though, still interesting to ponder how our shifts reflect cultural currents in a broader sense. Are we up to date? What are we doing here, in the rain?

Kadist is something new, and as such has already generated its first wave of production — conversation. (This being the art world, of course, much of it may tip toward gossip, but still.) And the endeavor possesses a good number of indicators that it will continue to be a conversation starter: it is a convergence of capital (the idea of selling or funding art), a deceptively democratic structure (it’s open to an expanded, but still limited art public), and social sculpture with good graphics, small-batch booze, and food appreciation. The stage is set — let the dialogue begin.