Our regular feature, Collection Rotation. Every month or so I invite someone to organize a mini-“exhibition” from our collection works online. Today, please welcome SFMOMA trustee David Mahoney.

I was thrilled to be asked to create one of these collection rotations, as I have had the opportunity over the past fifteen years to watch SFMOMA’s incredible photography collection grow in depth and breadth. Given my interest in (mostly) black and white photography, it seemed an obvious approach to select a rotation of monochromatic pieces, despite the fact I would have to ignore some true favorites. One of those favorites would be Doris Salcedo’s Artrabiliarios, a stark and powerful tribute to los desaparecidos in her native Columbia–a work of art that slows your mind with grief and sorrow and quickens your pulse with anger and the desire for retribution. Another would be William Eggleston’s Untitled, Memphis 1970, a deceptively straight, almost naive, picture of a shower stall that holds an endless fascination for me.

The other organizing principle that interested me is an attention to how collections, both public and private, are built. I confess to often reading wall labels from the bottom up, searching first for the clues to how (and when) an artwork ended up in the collection. Knowing that SFMOMA’s great early Pollock, Guardians of the Secret, 1943, was acquired in 1945 tells you a lot about the DNA of the museum and the risk-taking that has always been a part of its history. Throughout that history, all of us who live here and visit SFMOMA have been the beneficiaries of some extraordinarily generous and visionary donors, including the group that was behind the recently announced leadership phase of the Collections Campaign.

In the end, though, I concluded it would be dishonest not to just start with my very favorite painting in the museum, Mark Rothko’s monumental No. 14, 1960. I make a point of stopping by to visit this piece almost every time I am in the building, no matter how rushed I am. It never fails to remind me of the singularity of truly transcendent art or to leave me refreshed with a quieter mind as I hurry off on whatever errand has brought me to the museum that day. Recently I was visiting another of the MGMs (man’s greatest museums) and stood in a room full of Rothkos finding myself thinking I would not trade all of them for this one painting. So I have to start here, despite the fact that is will “bust the flush” of the black and white images to follow: 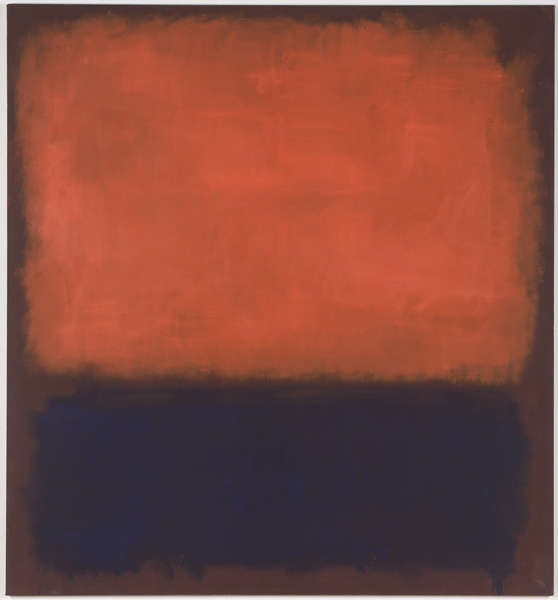 A lot less monumental in scale is a photogravure by the American/British photographer Alvin Langdon Coburn. This pictorialist work was part of a transformational gift to SFMOMA, in 1998, of over 1000 prints through the Sack Photographic Trust. It is a quiet image, inspired by Japanese woodcuts filtered through Coburn’s symbolist sensibilities. 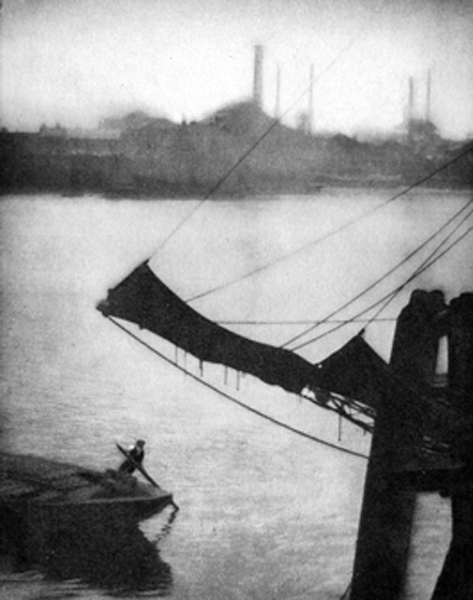 And the Japanese riff moves me toward my favorite Edward Weston picture in the collection, the portrait of Tina Modotti, Half Nude in Kimono, 1924. Photographed in Mexico, a pivotal period for Weston, this kind of imagery is a decided move away from pictorialism for him. This new modernist direction would later result in the founding of Group f64, an organization that included the most avant-garde Northern California photographers of the time.

Also drawing on Asian influences, but at a different time and in a different medium (back to the monumental), is Brice Marden’s Cold Mountain 6 (Bridge), 1989-91, which processes Chinese scroll painting through a screen of Abstract Expressionism. 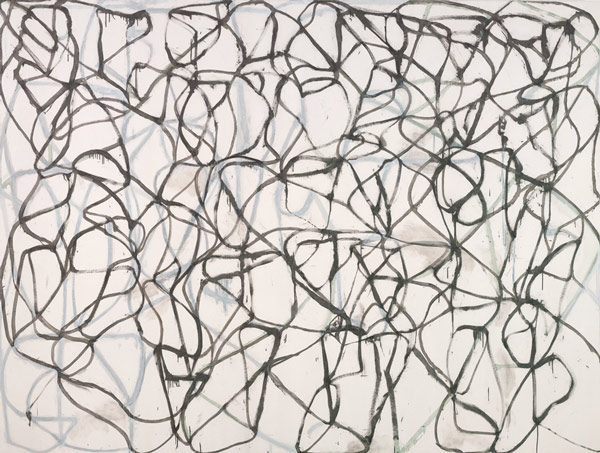 Stretching that theme a little, what happens when two buddies get together with a Model A Ford, a box of typewriter paper and a bucket of black house paint? If those two buddies happen to be Robert Rauschenberg and John Cage, you end up with Automobile Tire Print, 1953, but only if you have the generosity of Phyllis Wattis does it end up at SFMOMA.

Phyllis Wattis was responsible for many works now core to SFMOMA’s collection and she remains a guiding example of the power of individuals to shape an institution. One other favorite of mine, that also comes from her generosity, is Eva Hesse’s Untitled or Not Yet, 1966, a startling departure from the heroic work of Hesse’s predecessors and (mostly male) contemporaries in the New York art scene. It is also a prime example of the particular challenges of contemporary art as I once heard a conservator say that, given its humble materials, eventually the only surviving original piece of this sculpture might be the nails that hang it to the wall.

The recently announced lead gift to the Collections Campaign, continuing the tradition of Phyllis Wattis and so many others, includes too many gems to cover here, so I will choose just two that fit our monochromatic theme. The first is a Jackson Pollock drip painting that despite being relatively modest in scale (for a Pollock!) is arresting in its purity of form. Despite not having the color we expect from Pollock, when I saw this a few years ago in the donors’ house, surrounded by many perhaps more exquisitely typical works, I could not keep myself from coming back over and over to stare at it. 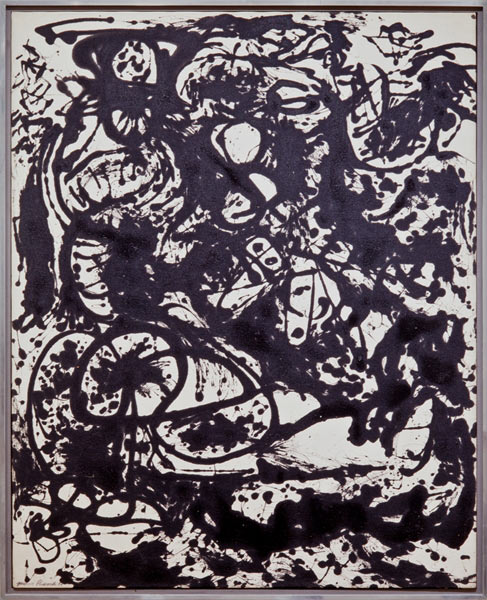 The other is an important Paul Strand print that begins to fill a huge hole in SFMOMA’s photography collection. Strand was a leading figure in bringing the spirit of modernism from Europe to photography here, while instilling a distinctive American voice into the mix. Both the Strand and the Pollock are works that–given their rarity and importance– could only enter SFMOMA’s collection through a gift. 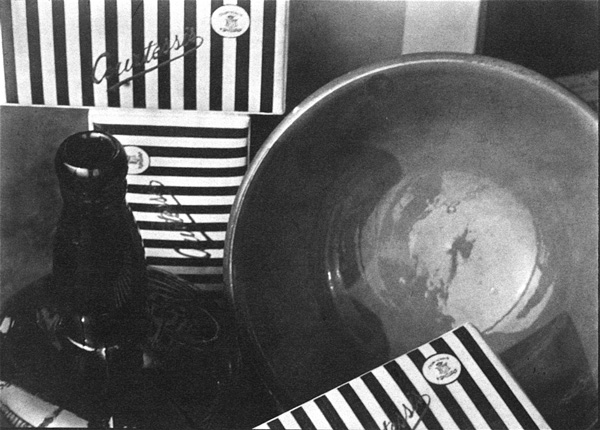 Finishing my list are two powerful works that for me speak to the importance of contemporary art to distill experience, giving visual form to complex thought. Like the Salcedo mentioned above, this Robert Adams photograph, the cover image from his 1986 book Los Angeles Spring, speaks eloquently of loss, in this case environmental loss. I have no better words than Adams’s own in his introduction, so I will quote him: “Whether those trees that stand are reassuring is a question for a lifetime. All that is clear is the perfection of what were given, the unworthiness of our response, and the certainty, in view of our current deprivation, that we are judged.” 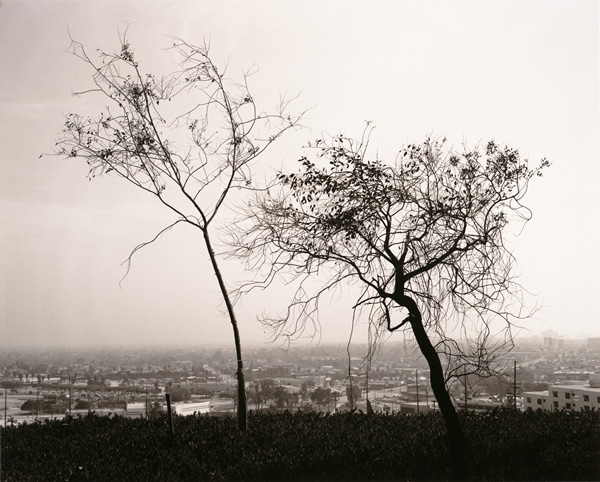 Finally, with the first video piece on this list, I will close with William Kentridge.

Several years ago, this video ran for about six months in a dark room on the Museum’s fifth floor as part of a rotating exhibition of the contemporary collection. During that time I brought a succession of people to see it who had all expressed some variation of the comment: “I just don’t get contemporary art!” With the simplest of materials – “technology” if you will – using just charcoal, paper and stop motion photography, Kentridge created a haunting meditation on the AIDS crisis wracking his native South Africa, set in the context of the Apartheid government. Each of my friends, generally with tears streaming down their face, left that room with a new understanding and appreciation for the kind of art that SFMOMA collects and has collected since its founding. Art does matter and does have the power to transform lives. I feel personally very fortunate to have an institution as vital as SFMOMA in my home city.

David L. Mahoney is a private equity investor focused on emerging technology and health care companies and improving the governance of nonprofit and business enterprises.  He is currently a director of Symantec Corp., Concept Therapeutics, Adamas Pharmaceuticals, and 20×200.com and a board member of Mercy Corps.  Mahoney is a long-time member of the Photography Accessions Committee and also serves on various other committees at SFMOMA.