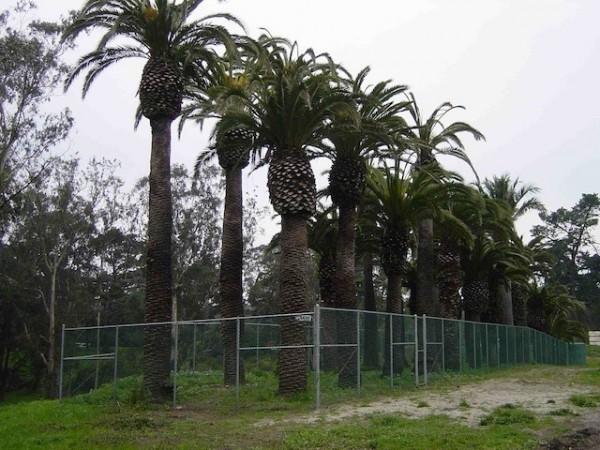 I’m an archivist of what I call ephemeral films — films made for specific purposes at specific times, not intended for posterity. These include industrial and advertising films, home movies, and the occasional educational film. A few weeks ago, I drove down to Hollywood to move some film into our cold storage vault. Since we don’t have a state-of-the-art film storage facility in the Bay Area, our collection is split between north and south, and so I join the I-5 traffic flow every few months.

As in most film vaults, more cans enter than leave. This is true of archives in general — it’s a lot easier to collect physical documents and media than it is to make them accessible. As I moved cans of other peoples’ historical home movies out of the car and onto the shelves, I was struck by all of the fascinating and potentially useful imagery that was sitting idle, waiting for someone to use it — or, perhaps more accurately, waiting for us to make it accessible. And I was thinking about the work of enabling access, and about how difficult it is to find ways to resurface historical material so that it can make its way from the amnesic periphery into the center.

While the storage areas are very cold and dry, the work areas are temperate and comfortable, and the management kindly furnishes everything you might possibly need to maintain your collection. It’s a nice place to sit and think about the future of archives and cultural materials, here in the core of a building surrounded by hundreds of thousands of films and tapes. But disturbing thoughts keep intervening. Most of the images in this building will never be seen. There isn’t an audience large enough, nor a production/distribution pipeline fat enough, to get them out to the world.

When we manage to bring archival stuff into the public eye, we typically do it one work at a time. Back in the 1980s I discovered what I think was the only extant print of GIVE YOURSELF THE GREEN LIGHT, a fascinating piece of persuasion made in 1954 for General Motors to garner public support for the Federal Aid-Highway Act, the law enabling the National System of Interstate and Defense Highways. The film’s full of fascinating images (including shots of the now-gone San Francisco produce market district, demolished to make way for the Golden Gateway Center, and a sequence where cars in rush-hour traffic morph into a herd of sheep). The print was made for projection, so it’s two generations removed from the original and looks a little fuzzy. But since it’s a really great film, we sold stock footage from it for years, and in 2000 put it online at Internet Archive for free download and reuse. Late last year the original Kodachrome material — the film that actually moved through the cameras in 1954 — turned up in a collection from a defunct lab, and I bought it. The original is beautiful, and the details of 1950s highways, traffic jams, cities and freeways under construction are completely amazing. The value of this film is in the evidence it contains, and the evidence is visible in all its glory. You Are There. Now people can reconstruct this pivotal moment using material that looks as if it could have been shot yesterday. But how many will ever try to do this, and in our low-res age, how many really care? 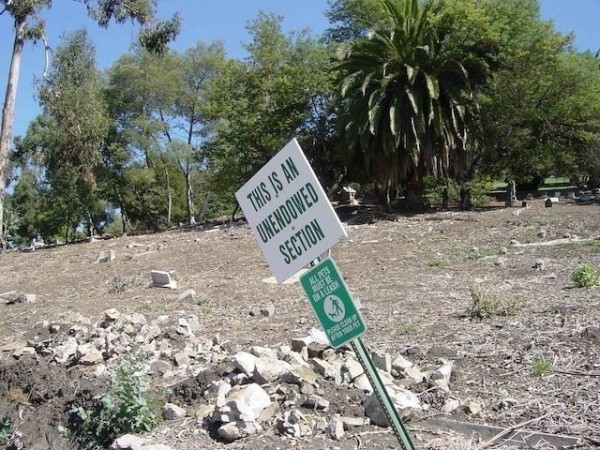 There’s a dramatic discrepancy between how much of the historical record is extant and how much of it is actually used. Of course, this is an issue common to all archives and libraries. Late last year Cornell University found that 55% of the print monographs in their library system had never circulated.  Our own library has a labor history section that’s very rarely used, which we wish weren’t the case. And I love to look at our online film archives and see the least-viewed films: as of this morning, our 1930 film on the Fresno Raisin Festival is at chart bottom with 187 views. I’m curious how to crack this problem, and I can’t help thinking that we’re shying from a solution. It could involve conceding our exclusivity and letting materials flow from the archives into the world, perhaps putting high-quality copies online without a clear sense of what the outcome might be. Or perhaps it’s adopting a more nuanced and potentially contradictory set of ethics and procedures around original archival materials.

Our archival activities principally involve collecting and working with home movies, and we look at them quite often in the living room. While most home movies document family activities in predictable situations (opening Christmas presents, waterskiing on the lake, watching toddlers navigate the front porch steps), they also present an astonishing diversity of events, situations and places. I’m certain that, sooner or later, almost every possible human situation was photographed, and I look forward to finding it as our collection grows. And the more I watch, I am convinced that there’s a film for every viewer and a viewer for every film, not to mention all the people that might like to reuse it, if only you could connect them. How can we do this? Will it ever happen? It’s these moments when the limits of accessibility (even for highly pro-access people like me) seem most Draconian. And consequently this got me wondering whether we could actually go farther, and do with an archival collection what we presently do with our print-based library: offer hands-on access to film that might not yet be digitized or preserved.

Right now this is anathema to just about all archivists, and it’s easy to see why: the cardinal mission of archives is to preserve historical documents in perpetuity, and preserving a document (or a film) means that you don’t handle the original item more than is absolutely necessary. Film is fragile, and it can be temperamental; it scratches, warps, deteriorates. It needs to be kept cool and dry to stave off various chemical decomposition processes. Archival protocols developed over a long time safeguard material and sequester it from potentially damaging hands. You don’t put original film through projectors if you can avoid it; you don’t expose unique archival material to risks that might cause damage. Doing these things violates archival ethics as most archivists understand them.

But ethics are starting to collide with reality. Many archives are choked with film and tape; many won’t accept new collections. Digital archival initiatives are mostly new, and by necessity embrace specialization; even Google and Internet Archive can collect only small shards of the sprawling net. And as we become increasingly concerned about collecting and stabilizing ephemeral digital materials, we’ll be less focused on working with the annoying analog stuff. I think the analog backlog will largely fester and stagnate, with certain conspicuous exceptions, and access will stagnate along with it. Of course, some institutions and perhaps motivated individuals will continue to preserve film and reformat tape, but this is artisanal, skilled and expensive work, and I can’t imagine that we’ll ever have the funds to do it on a systematic level. Throughout all this, archives will continue to grow and collect material that can’t be touched because it’s fragile, original or unpreserved. And as collections begin to grow out of control, the goal of perpetual stewardship becomes devilishly harder to pursue. Inaccessibility sends cultural materials into liminality; huge sections of our cultural heritage already reside in the shadows, unattainable.

Over the past decade and a half, we’ve collectively developed a kind of workaround, which is digitization. Digitizing unique and fragile documents or artworks can make surrogate copies available as widely as we want them to be without posing risks to originals. Millions of books have been scanned, though most of them aren’t fully readable or accessible due to copyright or other restrictions. Many works of art have been digitized at high quality, but again, many are kept from unobstructed public view. Hundreds of thousands, perhaps even millions, of analog film and video works and clips are available online, but very few online files are of good quality. Despite all of the caveats, though, many works have indeed been digitized and are viewable in some form, if not good enough to be used in new works.

Digitization is a tremendously expensive process. Even though prices will drop, I don’t believe it will be feasible to digitize everything. I think we’re going to be faced with masses of physical materials that sit idly on shelves and in boxes. Sooner or later there will be pressure to deaccession this stuff, and it won’t be pretty. Rightly or wrongly (and the arguments are indeed complex), public, academic and institutional libraries have weeded millions of books in the last generation. Many more will disappear from the shelves as digital books become more widely available. The same fiscal pressures and changes in the modes of cultural perception that made library deaccessioning possible are already affecting archives and museums, two historically different kinds of institutions whose practice and missions are beginning to converge.

So what if we redefined our sense of archival and museum ethics, and found ways to welcome users into staff-only areas and let them work directly with materials? What if the fan or the scholar interested in a research topic or a collection received some minimal training, and became the person who processed it, rather than having to wait until funding and staff time became available? What if we acknowledged what I believe is inevitable — that unless archives and museums suddenly stop collecting, the accumulated mass of physical materials in our cultural institutions will ultimately exceed our ability to manage it? Obviously there would be limits to the use of certain kinds of material, in the same way that there might be limits to certain kinds of use. But if we’re really collecting for the long haul, it might be helpful to understand that some actions we think leave a deep footprint may actually tread more lightly.

In short, what if we embraced hospitality and touch as attributes of modern cultural repositories? Can we actually let users touch unique materials? Can we enable participation not only in the exhibition rooms and galleries, but in the back rooms? We can say no, or we can try to engineer ways to make this possible. Hands-on access to cultural materials, plus the encouragement of tranformative appropriation turns institutions from hermetic repositories into workshops and places of production, a change that I think will be essential to institutional survival.

Let’s let the public into the back of our archives, museums and libraries, and see what happens.