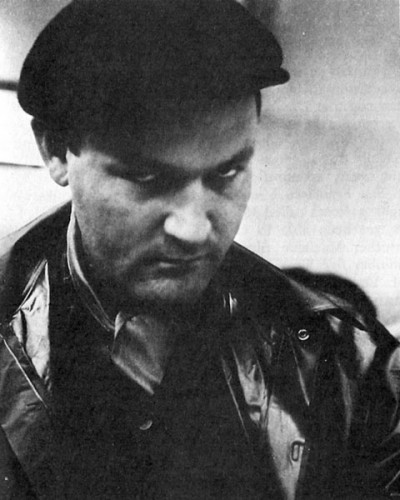 But somehow we feel that he is up to no good. Christopher Maclaine photographed by Gui de Angulo.

Regular readers of Open Space will surely have stumbled over one of my Maclaine posts — and if not, for shame! There are seventeen already, fer gawdsakes…  Now, after over a year of intensive research (preceded by 25 of contemplation) the semi-full story is about to be presented in a theatrical setting. Asked by S.F. Cinematheque‘s artistic director, Steve Polta, to curate a Maclaine entry for the Cinematheque’s (and Pacific Film Archive’s) on-going Radical Light series, which celebrates the 2010 publication of Radical Light: Alternative Film and Video in the San Francisco Bay Area, 1945-2000, I’ve attempted to assemble the most aggressive package of Maclainiana ever contemplated, let alone experienced. The Outsider Genius will have his day, my friends, or at least his evening, 58 years after an audience as large as 500-600 people rioted at SFMOMA in response to Maclaine’s first film, The End. It seems gentle museum patrons didn’t dig  what our “Madman”/”Goldman” laid down for them, which was nothing less than a confrontation with the Ultimate Taboo of his era, the insanity of the Atomic Age, just a few years past its dawn. Oh, yes, “Madman” Maclaine sought to bring the world to its senses, and provide it with an all-consuming Cosmic Erotic Vision, but viewers decided they’d rather scream and throw their folding chairs at the screen instead!  Rest assured, dear friends, this will not happen Thursday evening: SFMOMA’s theater seats are now bolted to  the floor. Just like the sweet and gentle souls now reading this, even theater managements are now wiser in this more enlightened age… Or is it, now? Wiser, that is? Have, perhaps, the dangers inherent in the splitting of the atom regained some of their topicality? Maybe our parents might have listened to the Madmen, and we might not be in such a pickle, but truth to tell, the reality of the situation on the Eternal Intersection nearby our local mall is of course one of benighted blind men and women who will not contemplate their souls until hopefully just before it’s too late, and then they’ll call over the “Madman.” Fortunately for them (and for you, dear enlightened friends), our “Madman” left behind four magnificent films to both shock and warm our spirits. Word and especially image were received by Stan Brakhage and Bruce Conner. No one listened to these Mad disciples either, but, under Maclaine’s influence, they did go on to change the course of cinema/moving-image history, and therefore the fabric of our daily lives. 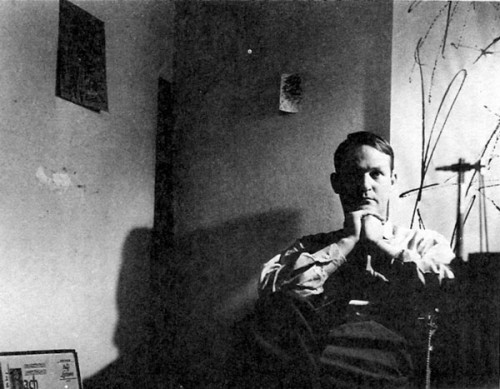 You might not know about all this, but by showing up this Thurs, you might share in a feat that has possibly never been accomplished: the viewing of all four of Maclaine’s film works in a theatrical setting, as well as two others for which he provided the soundtracks (but not images), and a chance to hear in conversation two key collaborator-friends of Maclaine’s: poet/artist Wilder Bentley II, and the great Bay Area filmmaker Lawrence Jordan, who has created over fifty films over an even longer span of years. These people KNEW the “Madman”, and like Willards come down the river, perhaps if their eyes have not been permanently glazed over by all the madness they witnessed some fifty plus years ago, they will have a tale or two to tell. Then again, Brian Darr and I—that is, yours truly—will present further details of our research for The THE END Tour, etc. (including, possibly, a poem?). And, if for some reason you’ve held off on reading the Tour up ’til now, by coming to the show this Thurs, you will be made fully equipped to wade in, machete in hand. Dear friends, do not panic — the Night of the “Madman” is nigh! Come to become “Goldmen” and “Goldwomen” — there is room for all on Maclaine’s mushroom cloud of ecstasy…

For further info on the great under-known San Francisco Beat legend Christopher Maclaine, check out the introductory post of the Open Space series, and this interview with Stan Brakhage circa 1986.