Sun and Shadow: The Life and Death of Kodachrome K-14

For more than half a century the three main employers in Parsons, Kansas, were all in the chemicals business — the Army Ammunition Plant, Dwayne’s Photo, and the Parsons State Hospital.

Between 1942 and 2009 the Kansas AAP produced artillery and mortar shells for the bombardment of Germany, Italy, Japan, Korea, Vietnam, assorted Latin American republics, Iraq, and Afghanistan. The plant was slated for decommissioning in the Base Realignment and Closure (BRAC) plan published by the Pentagon in 2005.

Just as the last munitions rolled off the line in 2009, Eastman Kodak announced that it was discontinuing Kodachrome 64 film and all Kodachrome K-14 chemistry. For years the employees at Dwayne’s Photo had watched their workforce shrink, in step with the steep decline of analog photography. The very first digital video horror “microfilm” — Zombiegeddon — was shot in Parsons in 2003. And it was to Parsons that Kodak’s last K-14 roll was taken for processing. Steve McCurry, representing National Geographic, and himself responsible for the most recognized of all their covers — the Afghan girl with the startling green eyes — personally handed over the roll to Dwayne’s Photo, the last certified K-14 processing facility in the world. He was joined in the final rush by Jim DeNike, a railroad worker and train buff, who spent $15,798 to have 50,000 slides (of locomotives) processed at Dwayne’s. He loaded them into his maroon Pontiac and headed back to Arkansas. The K-14 line in Parsons closed two weeks ago, on January 18, 2011. 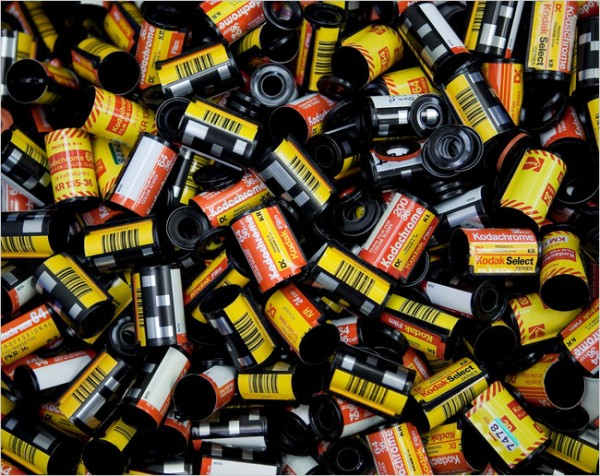 The end of the 75-year history of Kodachrome has prompted a poignant elegy from the English photographer, curator, art critic, and historian Julian Stallabrass, based at the Courtauld in London but familiar to many in the Bay Area arts community since his time in the art history department at Berkeley [http://www.courtauld.ac.uk/people/stallabrass_julian/writings.shtml]. Stallabrass explains, in vivid and focused detail, why serious photographers became passionately attached to Kodachrome:

“It is made up of layers of black-and-white film which have sensitivity to different coloured light, and a series of filters. Only during processing are the appropriate dyes added to each layer to produce a colour transparency. Compared to other colour films, at least up until 1990 with the introduction of Fuji’s garish Velvia, Kodachrome had unique advantages: its colours were rich and naturalistic, its blacks did not have the greyish cast of so many colour films, its greys were subtle, it had remarkable contrast, and the lack of colour couplers between its layers (which tend to diffuse light) gave the film extraordinary sharpness … ‘25’ meant 25 ASA — a measurement of the film’s sensitivity to light but also an indication of its resolution, since slow (insensitive) films tend to have the smallest grain and thus the greatest ability to render detail. Most general purpose films are at least quadruple the speed of this slowest and finest of Kodachromes, which was meant for use in bright light. Kodachrome was often used in the spotlit or flash-lit studio, where its dark monochrome layer was banished by fields of flat, brilliant colour, but it was also used to record, under sun or leaden sky, in narrow bands of sharp focus and in muted colours, U.S. farmers in the Great Depression, Nazi parades, and the battlefields of World War II.”

Kodachrome was made possible by 19th-century discoveries in color science, especially the synthetic dyes and pigments made from azo and diazo organic compounds (that is, having a functional group of two linked nitrogen atoms). The miraculous transfiguration of coal tar created a dazzling chromatic palette, even if at the same time it was disastrous for the practitioners of the old crafts of cochineal and carmine production, not to mention life downwind and downstream from the factories of the new chemical industry. Eastman Kodak has been consistently ranked among the worst corporate polluters in the U.S., and in 2008 was rated by scorecard.org number one culprit in New York State.

Recently, taking advantage of the shift from pigment to pixel, Kodak has launched a campaign to change its spots. No Kodachrome necessary. Was there, one might ask, a major 20th-century corporation that did not use the services of Kodachrome for its self-imaging? As Stallabrass puts it, Kodachrome was “for decades the film in which the colours of commerce were written. It reproduced more beautifully than any other film, and was a mainstay of the great illustrated magazines, which, before colour television, were the most advanced arena for the visual propagation of capitalist values. National Geographic, in particular, used Kodachrome to bring the world’s exotica to its readers in millions of living rooms and waiting rooms.” 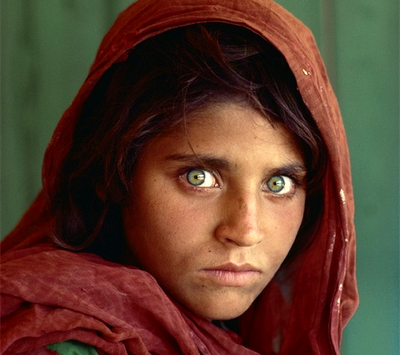 Kodachrome’s capacity for superb reproduction was matched by its archival stability; it was for a very long time, observes Stallabrass, “the only colour film capable of retaining its colours across generations. Kodachrome was a demanding film to use, requiring precise exposures that could only be achieved with a reasonably sophisticated camera and a skilled user. As Henry Wilhelm notes, Kodak, marketing more forgiving colour films to the mass market, had good reason not to boast of Kodachrome’s durability, lest questions were asked about its other films. It kept the matter secret for forty years, by which time it was plain for all to see in the faded, yellowing ruins of all other colour pictures, and the remaining brilliance of Kodachrome, if stored in the dark. This was an extraordinary act of corporate wrecking on the part of Kodak, in which other film manufacturers were complicit, since all kept the ephemerality of their colour films secret. The very point of photographs is as a visual peg against transience, so Kodak’s reticence was not only a vandalism of the historical record but a betrayal of the vast majority of its customers.”

At the end of his obituary of Kodachrome, Julian Stallabrass wonders whether one should mourn the death of any commercial product, “particularly one with such a mixed history.” He acknowledges that, on the one hand, it means the extinction of hard-earned craft knowledge within the guild of professional photographers. On the other hand, the equation Kodak=Kapital is true. True but partial. No technique, no instrumentality, is univocal, as Stallabrass found out from his own experience: “As I learned to use the film, Kodachrome’s impenetrable darks came to represent for me the shadow world of brightly hued commerce, and a metaphor for all that commerce hid behind its adverts and shop displays: from environmental devastation and child labour to the dissipation of human potential in mechanical tasks. The green eyes of Sharbat Gula that Kodachrome via McCurry rendered so strikingly, made the photographer rich and famous, as they stared out of the picture at its many viewers, as they continue to do. As she recalled the event years later, at the point of her ‘rediscovery’ by the photographer, it was the first time she had been photographed, and she looked at the intrusive camera in anger.”

Since the closing of the Kansas Army Ammunition Plant, the artillery and mortar shells that continue to bombard Sharbat Gula’s country are no longer made in Parsons. The State Hospital remains open, saved from closure by the new governor, though with reduced staffing and fewer beds for its disabled residents.

A suite of Julian Stallabrass’s 25 ASA photographs may be viewed at: http://www.flickr.com/photos/slowkodachrome/.