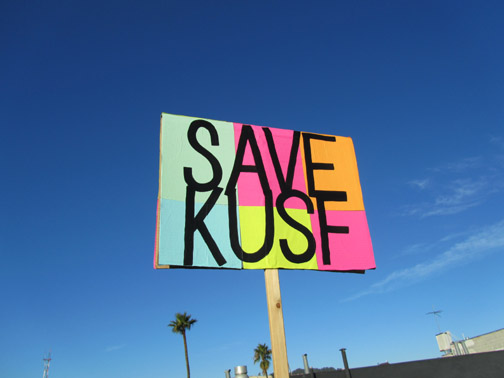 On January 18th, the University of San Francisco, in a complex and underhanded backroom deal involving the University of Southern California and Entercom Communications, sold the 33-year-old San Francisco independent radio station KUSF, without any notice to its staff and volunteers or the community it serves. On that day, armed USF security entered the station, cut off the DJ mid-broadcast, escorted him and the rest of the staff and volunteers who were present out of the building (without even allowing them time to gather their belongings), and changed the locks.

The deal allows USC and Entercom, the fifth largest broadcasting corporation in the U.S., to transfer over KDFC, an NPR classical music station once located at 102.1 on the FM dial, to 90.3, KUSF’s former spot. USF would then transition its broadcast of KUSF to a student-run online-only format. Another Entercom station, KUZX (a classic rock station) will take over KDFC’s former location on the left side of the dial.

For those who may not be aware, KUSF, in its long and rich history, has provided a wide variety of independent programming, not just serving the Bay Area underground music scenes, but also cultural programming in 13 languages for a vast array of  local ethnic communities. It also served “as a free communication nexus,” as Ted Dively explains here, “for a wide variety of small businesses, civic groups, arts organizations and venues for independent film, authors, educators and musicians from the Bay Area and beyond.” Its removal from the airwaves without notice is a grievous insult to the cultural identity of the city, as well as a devastating loss of a corporate-free voice on the local airwaves. 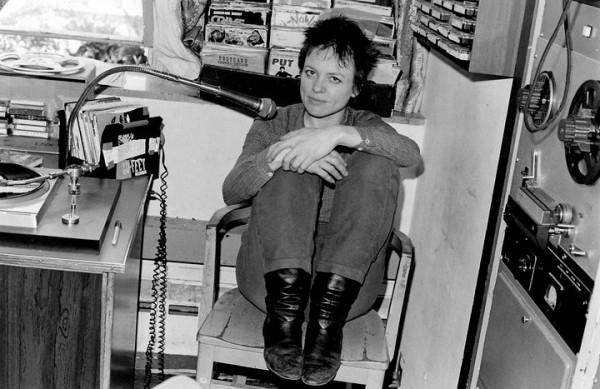 USF has claimed that nondisclosure agreements for all parties involved in the sale (including two upper-management KUSF employees) prevented them from notifying the station staff and volunteers of the sale and subsequent online transition ahead of time, though both the San Francisco Symphony and the San Francisco Opera released thoroughly prepared press statements in favor of the transition within the first hour of the sale’s announcement.

Now, for the record, I have nothing anything against classical music, but I have my doubts that KDFC will provide anything richer than its Top-40 hits, probably avoiding anything difficult, avant-garde, or written by anyone still breathing, all of which KUSF provided in its own classical music programming. As someone at the KUSF rally before the Board of Supervisors meeting last Tuesday aptly said, “I’m thankful that classical radio turned me on to Vivaldi’s Four Seasons, but I don’t want to hear it anymore!”

And besides, there needs to be drawn a distinction between Public Radio and Community-based Radio. They are two vastly different things. The programming for Public Radio is very generalized, homogeneous, and frankly quite safe for the broadest amount of the population. Public programming is entirely the same whether the station is in Los Angeles or Oroville. In fact, USC has 5 or 6 similar stations already in the state, and is currently on an aggressive campaign to acquire as many more as possible, all with similar programming. Community Radio is unique to its location and provides programming specific to the needs and wishes of its local listeners. KUSF may not be the only station in peril.

At a Town Hall meeting at USF on January 19th, the university president, Father Stephen Privett, reluctantly met with a large crowd of angered and vocal KUSF supporters. It would have been an even larger crowd if everyone was allowed to come inside, but at least a hundred were turned away and forced to wait outside. There were many impassioned testimonials, especially from the university’s own faculty from the Department of Media Studies, citing the historical roles of the Catholic Church and its involvement with community media and social justice, and how KUSF lent credence to that history. A few of the students pointed out the calculated timing of the sale during winter break when the majority of the student population hadn’t returned yet to campus to protest. Others asked why KUSF wasn’t given any opportunity to become self-sufficient.

But these protests, questions and pleas fell on seemingly deaf ears. Privett explained that the university had absolutely no obligation to the communities that KUSF served, only to its students, who according to him had become less involved with the running of the station. Most questions he feigned to not hear, or just simply refused to give a straight answer, never veering off of his prepared statements about nondisclosure agreements and security issues. He kept insisting that the station wasn’t going away, but was merely transitioning to a student-run online format. When asked if the former KUSF  staff and volunteers would have a role in the transition to the new format, Privett’s answer was yes. When asked if there could be another Town Hall meeting to include more USF students after they returned from winter break, the answer was yes. When asked if the online format would have enough bandwidth to sustain the amount of listeners that the radio version could provide, the answer was yes. The university has since back-pedaled on all of these points.

Truth is, the level of bandwidth required to sustain as many listeners as before would exceed the station’s former operating budget. Two weeks ago, SF Weekly posted an article about how the online station has only 15 listeners, and is basically a shell of its former self. Besides, online radio is just not the same, not to those who listen while they drive, or go to the park or beach, and especially to those who simply cannot afford a computer or internet service.

The USF Faculty Association has just announced a resolution opposing the sale of the station. Tomorrow (Tuesday, February 8th) the San Francisco Board of Supervisors will vote on a similar resolution at their 2 p.m. meeting. The SAVE KUSF campaign has been aggressively working to block the sale of the station with the FCC, but they need more help. Don’t let the last vestige of  commercial-free independent radio die. Our city deserves better than that. 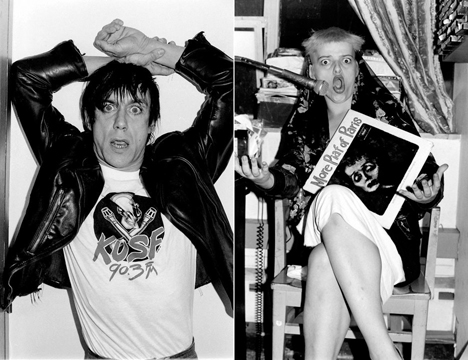