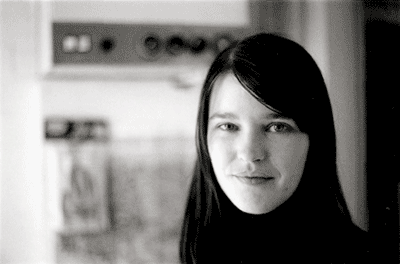 Yesterday, I woke up to the tragic news that Trish Keenan, frontwoman for the UK band Broadcast, had passed away from complications stemming from pneumonia contracted while on tour in Australia. She was 42. Since becoming a columnist on Open Space, I had hoped to bring in musical topics to the blog. While I would never have wished this to be that entry point, I feel compelled to try and put my thoughts about Trish and Broadcast into words, as their music has had a significant influence on my life, as it has on many others. Not just musically, but artistically and culturally, as well.

Broadcast is that rare kind of band that could do no wrong. Over four albums (and hopefully a fifth to be released posthumously), two singles collections and a slew of EPs and singles, there has not been one misstep. As a music enthusiast of great range — from international music of all stripes and periods, folk music, rare groove, obscure new age and novelty, as well as nearly the whole history of rock, pop, and soul and independent music — in a desert island situation, I would gladly chuck my entire record collection for Broadcast’s entire discography.

Of course, that is mainly due to Trish Keenan’s distinctive voice. Hovering somewhere between airy and earthy — some Brits have called it “brummy” — her warm and dulcet tones are very evocative of dreaming and the unconscious, two major thematic tropes that the band explored tirelessly. Their last album in collaboration with The Focus Group, called Broadcast and The Focus Group Investigate Witch Cults of The Radio Age, was one of the musical hallmarks of hauntology that guided the curation of my and Larry Rinder’s exhibitof the same name at the Berkeley Art Museum last year. You can probably see why in the video clip below. Here’s an excerpt of a review I wrote about the album for Aquarius Records in 2009:

… it’s all at once a mesmerizing sound collage, a mind-warping concept album, a re-imagined soundtrack to some chilling psychological cinema (we’re thinking of films like Dead of Night; Secret Ceremony; The Ballad of Tam-Lin; Persona; Angel, Angel, Down We Go; or Simon, King of The Witches), as well as an homage to the obscure left-field psychedelic electronic music and sounds of the sixties and seventies that have influenced Broadcast over the years. Groups like White Noise, The Animated Egg, Basil Kirchin, United States of America, British Library Music, and of course, The BBC Radiophonic Workshop.

Engrained in the band’s DNA was the legacy of a hidden and arcane history of British culture, mostly from the sixties and seventies. One of the many rewards of following Broadcast over the years has been discovering a treasure trove of folk, psychedelia, and obscure international pop music of which the band has made no great secret of their influence. Through their eyes, I’ve discovered a rich history of femme-centric psychedelia. Here are but a few: Julie Covington, Rosemarie Heinikel (Inner Space), Sonja Kristina (Curved Air), Wendy & Bonnie, Dorothy Moskovitz (United States of America), Victoria Bond (The American Metaphysical Circus), Bridget St. John, Sally Eaton, Erica Pomerance, Sally Jacks (the Poppy Family), Ruthann Friedman, Madeleine Chartrand, Emmanuelle Parrenin, Kay Hoffman, Vashti Bunyan, Vainica Doble, Delia Derbyshire, Daphne Oram, and Sibylle Baier, among many many others.

A mixtape that Trish had made to listen to on their last tour has been made available free to the public. You can find it here.

Thank you, Trish, for your amazing voice and magical gifts. You will be missed.